A remote village in the Philippines with many war-displaced Filipino-Japanese descendants, or Nikkeijin, has received solar-powered lights from aid groups, evoking gratitude from the recipients for the groups' efforts to seek them out and keep their Japanese ties alive. 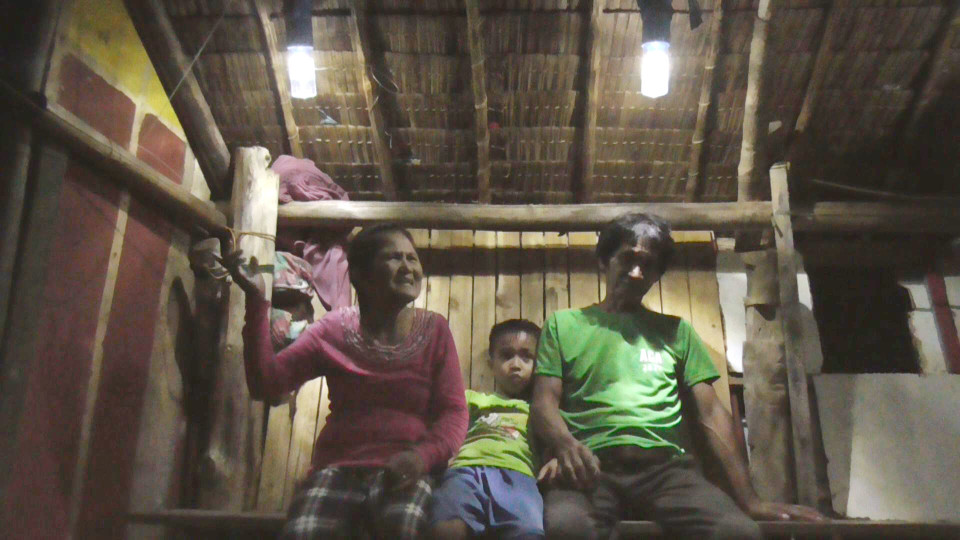 Screenshot from a video shows Charlie (R) and Shirley Harada with their grandson under solar-powered lights at their home in Sigpit on the western Philippine island of Palawan on Jan. 22, 2023. (Kyodo)

What could have been a simple gesture turned especially emotional for the Haradas, a clan that traces its roots to a Japanese man named Harada who reportedly came from Nagoya before World War II and married a Filipino woman from Palawan, only to be killed in 1941 by the Filipino resistance to Japan's occupation.

The Haradas today comprise about 20 percent of the estimated population of 800 in Sigpit, which is only accessible by boat.

Rosalina, 83, the only living child of Harada, told Kyodo News she still hopes to meet her Japanese relatives no matter how slim the chance is.

After her father died, Rosalina said, her family went through such difficult times that she had to drop out of elementary school.

Harada's eldest son, Anastacio, became the family's breadwinner. He supposedly kept their father's Japanese records until they were lost or destroyed by a typhoon many years ago. Anastacio died in 2006.

Anastacio's son, Charlie, 63, said that the lanterns have a "sentimental value," a reminder of his Japanese connection.

"Our gratitude never ends because we are truly happy not just for the lights but for the fact that people remembered us," said Shirley, his 57-year-old Filipino wife. "I think that's the best gift we could ever have." 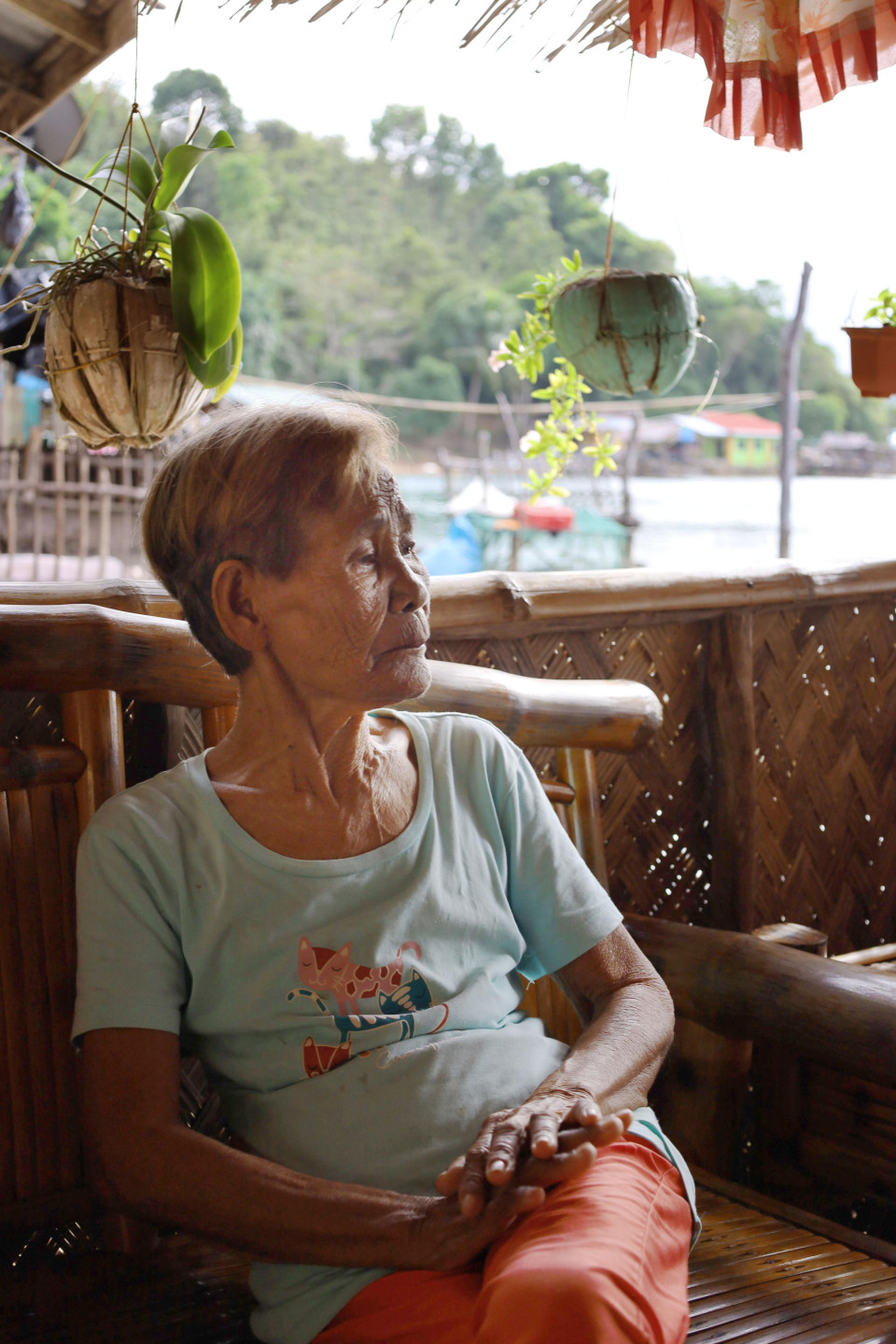 Rosalina Harada speaks about her family history on Jan. 22, 2023, in Sigpit on the western Philippine island of Palawan. (Kyodo) 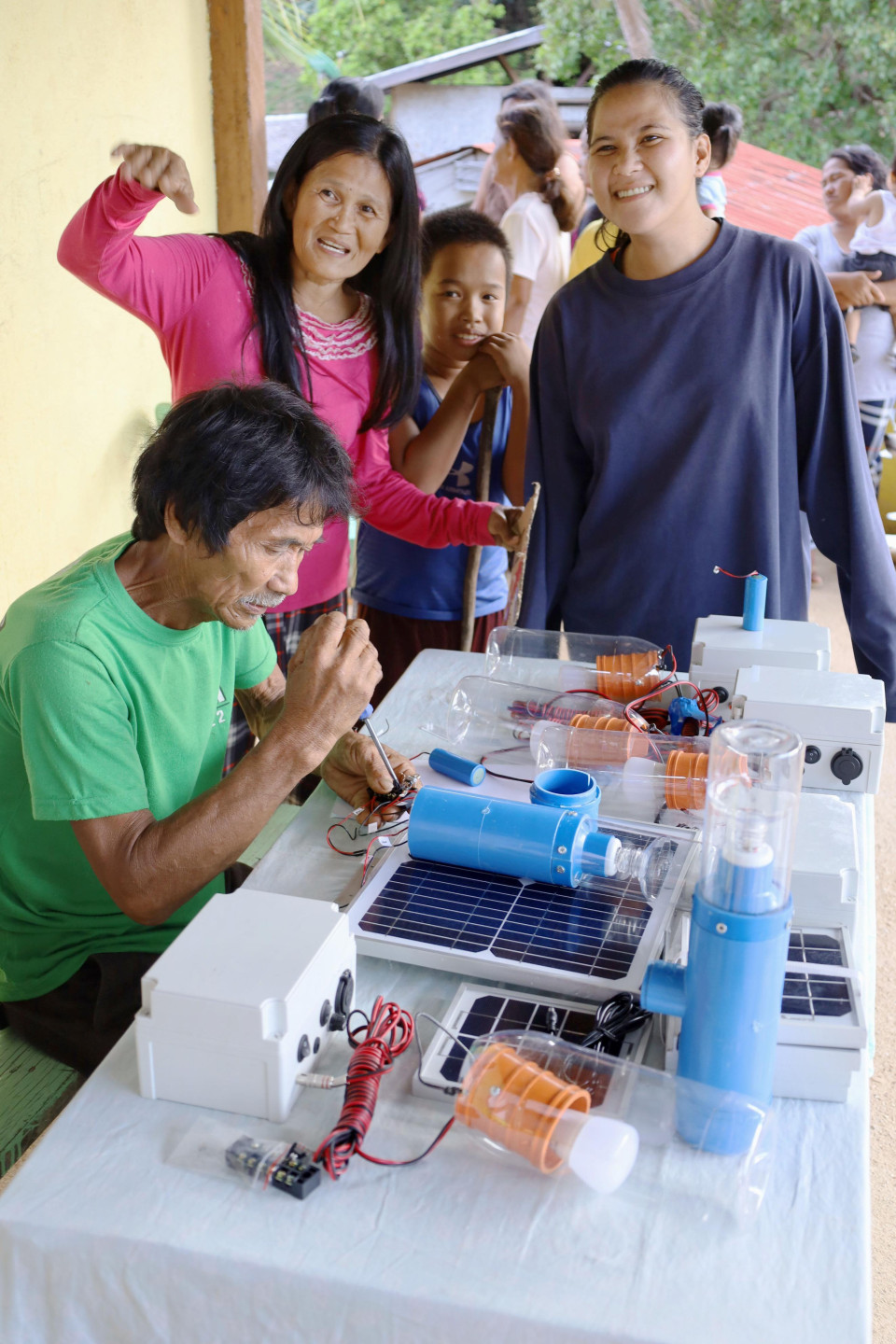 Charlie Harada (front, L) and his wife Shirley (2nd from L) learn how to use solar-powered lights on Jan. 22, 2023, in Sigpit on the western Philippine island of Palawan. (Kyodo)

Margarette Lumauag, president of the Palawan chapter, said anti-Japanese sentiment on the island, where war atrocities were committed, ran deep even after the war ended, forcing Nikkeijin to hide their Japanese ancestry. But the latest light project could turn things around, she said.

In the case of the Harada couple, Shirley said her Filipino family shunned her for many years for marrying into a family of Japanese descent.

The PNLSC said about 600 Nikkeijin today have yet to attain citizenship or recognition from the Japanese government due to lack of birth records.

But Lumauag said the light project could help boost the confidence of Nikkeijin to openly take pride in their Japanese ancestry.

"That is our main purpose -- to reach out to more Japanese descendants. They should come out," she added. 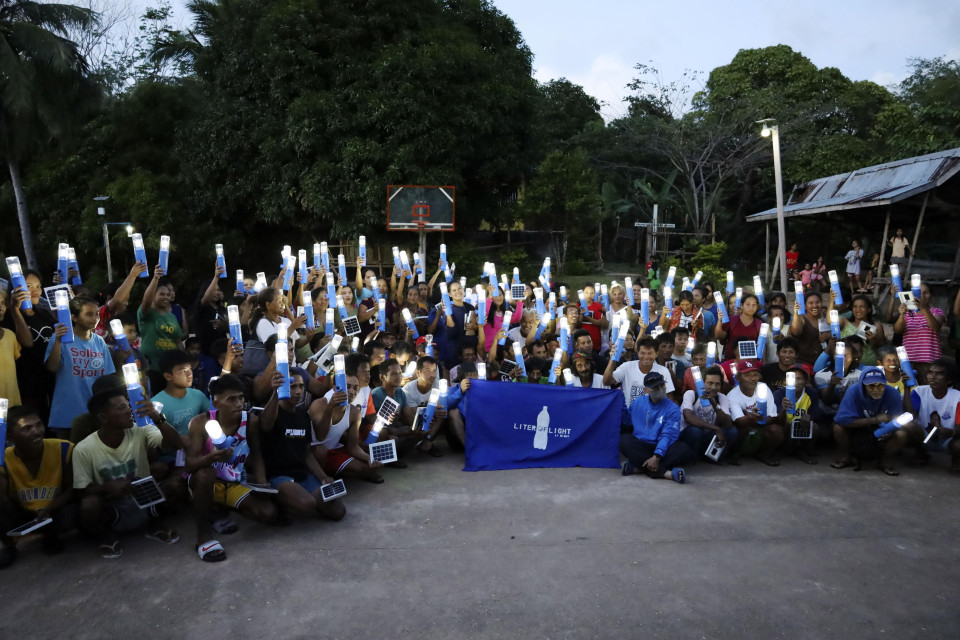 Delighted residents hold up solar-powered lights received from aid groups in Sigpit on the western Philippine island of Palawan on Jan. 22, 2023. (Kyodo)