Lone ozeki Takakeisho and 13th-ranked maegashira Kotoshoho will battle for the championship in the New Year Grand Sumo Tournament's closing bout after racking up convincing victories that left them tied for first place on Saturday.

Takakeisho overcame dangerous Mongolian sekiwake Hoshoryu, while Kotoshoho brushed aside No. 1 maegashira Daieisho to improve to 11-3 on the penultimate day of the 15-day meet at Ryogoku Kokugikan.

The other overnight co-leader, No. 8 Onosho, fell out of contention with a loss to komusubi Kiribayama, joining him on the second rung of the ladder at 10-4. 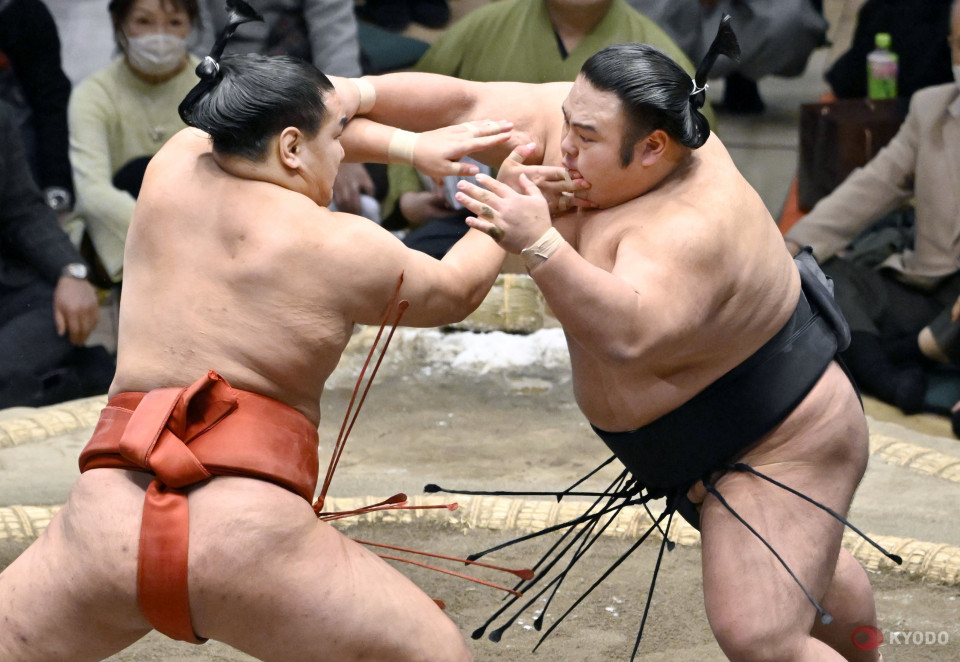 Takakeisho (R) grapples with Hoshoryu on the 14th day of the New Year Grand Sumo Tournament at Tokyo's Ryogoku Kokugikan on Jan. 21, 2023. (Kyodo)

Chasing his third Emperor's Cup and a potential yokozuna promotion, Takakeisho quickly slapped down ascendant star Hoshoryu (7-7), whose movement has looked hampered since injuring his ankle on Day 9.

The 23-year-old Kotoshoho stayed in the running for a maiden top-division crown against Daieisho (9-5), snaring the former sekiwake's belt and forcing him over the edge. Onosho, meanwhile, was thrust down easily by Kiribayama. 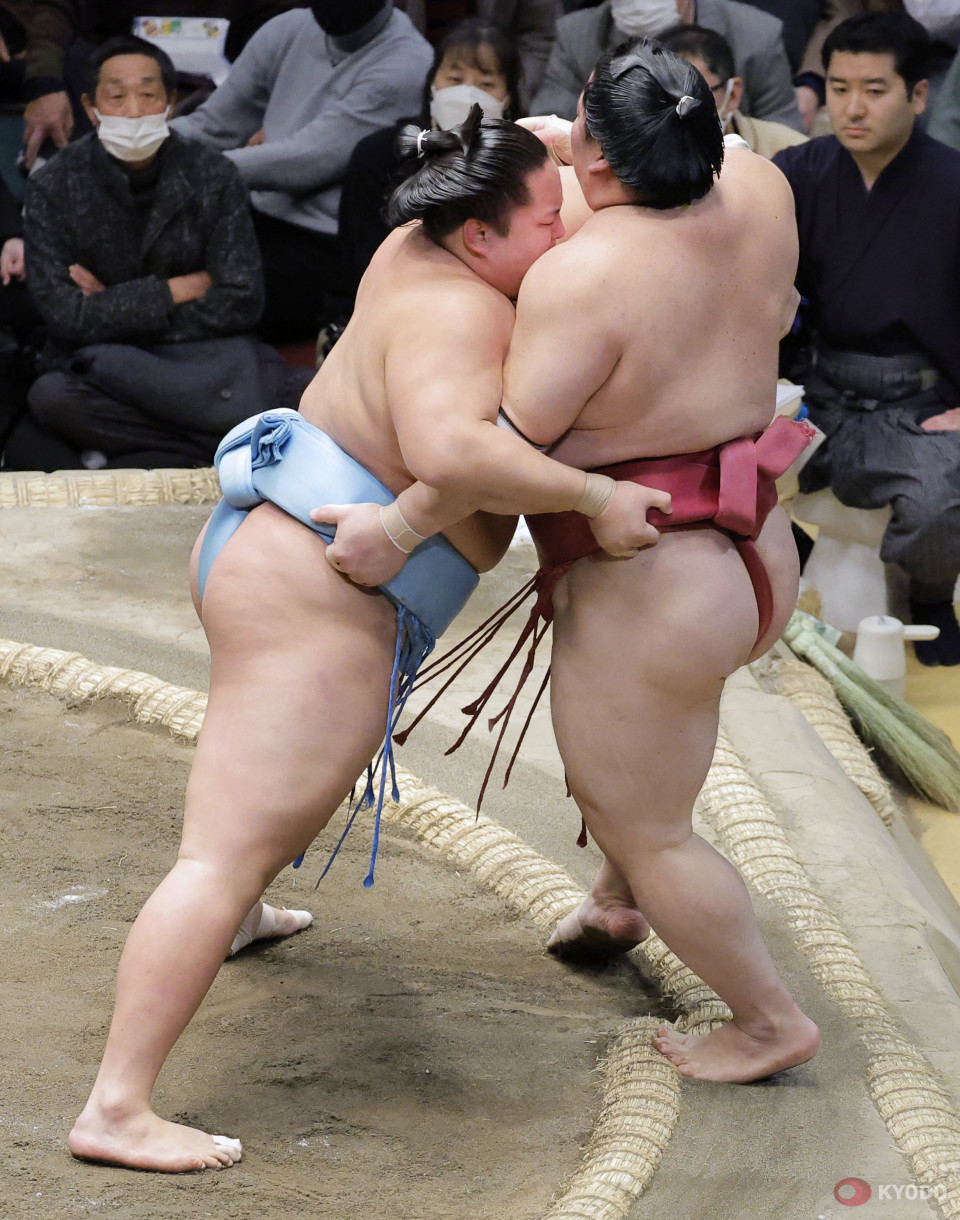 Wakatakakage (8-6) secured a winning record at the 15-day meet by pushing down fellow sekiwake Shodai (6-8), who countered with a thrust down but tumbled out before his opponent hit the clay.

Komusubi Wakamotoharu (8-6) clinched a winning record in his first meet among the distinguished "sanyaku" ranks by pushing out No. 2 Tamawashi (8-6) and could be poised for promotion to sekiwake.

"I'm obviously pretty happy with the result. Getting a winning record was my main goal," said Wakamotoharu. "The possibility of promotion is there, but I'll just take things a day at a time."

Fellow komusubi debutant Kotonowaka (7-7) can still reach eight wins after thrusting out No. 3 Midorifuji (6-8), while No. 3 Abi (7-7), November's champion, will also try to avoid a losing record on the final day after his defeat to No. 9 Endo (9-5).