Japan's fiscal health has been deteriorating on an "unprecedented" scale after massive spending amid the COVID-19 pandemic and Russia's war in Ukraine, Finance Minister Shunichi Suzuki said Monday, saying it is crucial to secure fiscal space for the debt-ridden nation in case of future crises.

Suzuki noted in his parliamentary speech that the environment surrounding Japan's economy is becoming "increasingly severe" due to rising prices and fears of a global economic slowdown caused by monetary tightening. The government will aim for economic revitalization before fiscal reconstruction, he told lawmakers on the first day of a regular Diet session. 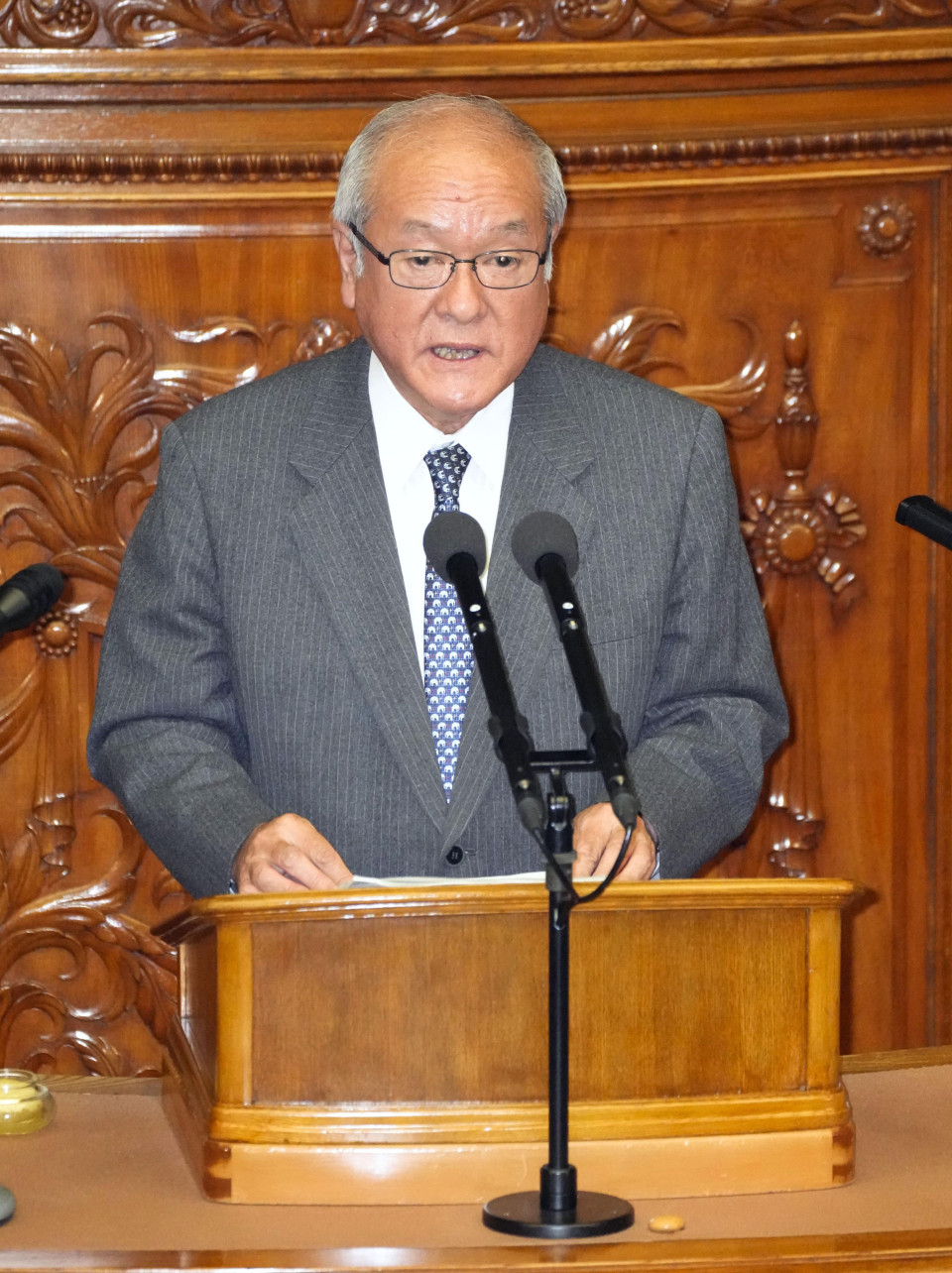 Japanese Finance Minister Shunichi Suzuki delivers a speech at a House of Representatives plenary session in Tokyo on Jan. 23, 2023, the opening day of a 150-day regular parliament session. (Kyodo) ==Kyodo

"Public finance is the foundation of national trust. It is essential that we ensure we have the fiscal space to prevent Japan's credibility and the livelihoods of its people from being undermined in times of emergency," Suzuki said.

"After taking steps to cope with the novel coronavirus pandemic and drawing up supplementary budgets, we face a fiscal situation that is increasing in severity at an unprecedented level," he said.

The finance minister called for the swift passage of a record 114.38 trillion yen ($885.3 billion) budget for fiscal 2023 starting in April, which was submitted to parliament on Monday.

The draft budget includes funds to help alleviate households hit by inflation that has accelerated at its fastest pace in decades, alongside plans for record defense spending as Japan aims to reinforce its capabilities amid security threats from China, North Korea and Russia.

"At this turning point in history, the fiscal 2023 budget will chart a path toward solving the critical challenges we face at home and abroad, helping us carve out our future," Suzuki said.

The COVID-19 pandemic and the recent bout of inflation have prompted calls for the government to spend more, further undermining the country's fiscal health, already the worst among major developed nations.

It is "the responsibility of the current generation" to rejuvenate the economy and restore the country's fiscal health for future generations, Suzuki said, adding that the government will continue to aim toward attaining a surplus in the primary balance -- tax revenues minus spending except for debt-servicing costs -- by fiscal 2025.

Prime Minister Fumio Kishida has faced criticism for making a hasty decision to try and generate revenue from tax hikes to fund part of Japan's substantial increase in defense spending over the coming years. Some quarters of his ruling party are calling for the issuance of government bonds to boost defense spending.

In a separate speech, economic revitalization minister Shigeyuki Goto said the economy is facing difficult times but has been "recovering moderately as (Japan) adapts to living 'with COVID.'"

The minister said that the government will support struggling households and businesses with its inflation relief package, stressing that wage hikes and increased investment in human capital will hold the key to Japan's economic revival.

The size of the world's third-largest economy, measured in real gross domestic product, is expected to increase to a record 558.5 trillion yen in fiscal 2023 while the rise in core consumer prices will slow to 1.7 percent from 3.0 percent in fiscal 2022 in the latest government estimate.

The government expects real growth to be around 1.5 percent and around 2.1 percent in nominal terms in fiscal 2023.