The weeklong Lunar New Year holidays in China began on Saturday with no COVID restrictions after the country significantly eased its antivirus measures, but the expected large-scale flow of people is prompting concern over possible outbreaks in rural areas with less developed health care systems.

President Xi Jinping has called for efforts to improve medical care for those most vulnerable to the novel coronavirus in rural areas and requested stricter measures to prevent cluster infections at nursing homes and welfare facilities to protect the elderly.

It marked the first Chinese New Year vacation period in four years without any restrictions on people's movements. 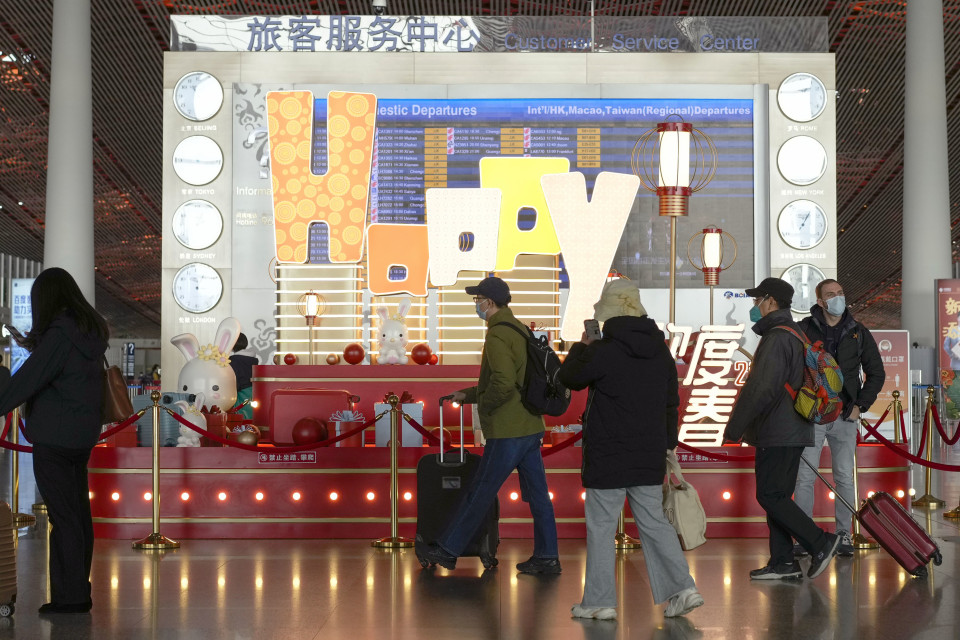 About 2.1 billion domestic journeys are anticipated over the 40-day Spring Festival travel rush through Feb. 15, almost double the figure in the same season the previous year.

Meanwhile, a large number of people from China are expected to travel to Southeast Asia during the holidays after Beijing reopened its borders and abandoned quarantine measures earlier this month in a full departure from its strict "zero-COVID" policy.

A company official said that travelers are opting for countries with "friendly" immigration policies for Chinese people.

Japan used to see a large number of arrivals from China before the pandemic. But the number of tourists from the neighboring country has dropped 99 percent from the pre-pandemic level in 2019 and recovery will take a longer time, a Japanese travel industry official said.

Japan has tightened its border controls for travelers from China amid a surge in cases there. Currently, travelers from mainland China are required to show proof of a negative COVID-19 test taken within 72 hours of departure. 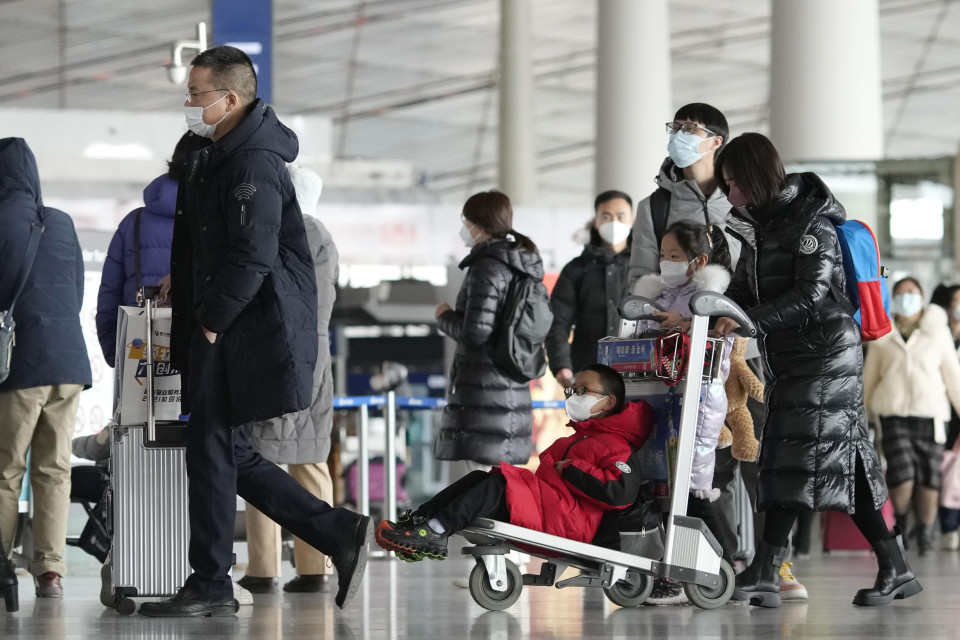 In addition, all travelers from mainland China and those who have visited the country within seven days are now required to take a PCR or high-sensitivity antigen test upon arrival in Japan, rather than a simple antigen test as previously.

This prompted Beijing to suspend the issuance of visas to Japanese travelers as a countermeasure earlier this month.

China also said Friday it will allow the resumption of group tours to 20 countries in February, but Japan was not among them.

Under strict antivirus measures maintained until last month in China, people were required to present negative COVID-19 certificates on a smartphone app, with travel records on a different app often needed to use public transportation, enter shopping malls and access office buildings.

Chinese health authorities said earlier in the week that new infections in the country have already peaked, with declines in the numbers of severe cases and patients with high fever.