About 895,000 travelers used Narita airport on the outskirts of Tokyo and Haneda airport in the capital for international flights between Dec. 23 and Jan. 3, figures from the Tokyo Regional Immigration Services Bureau showed. 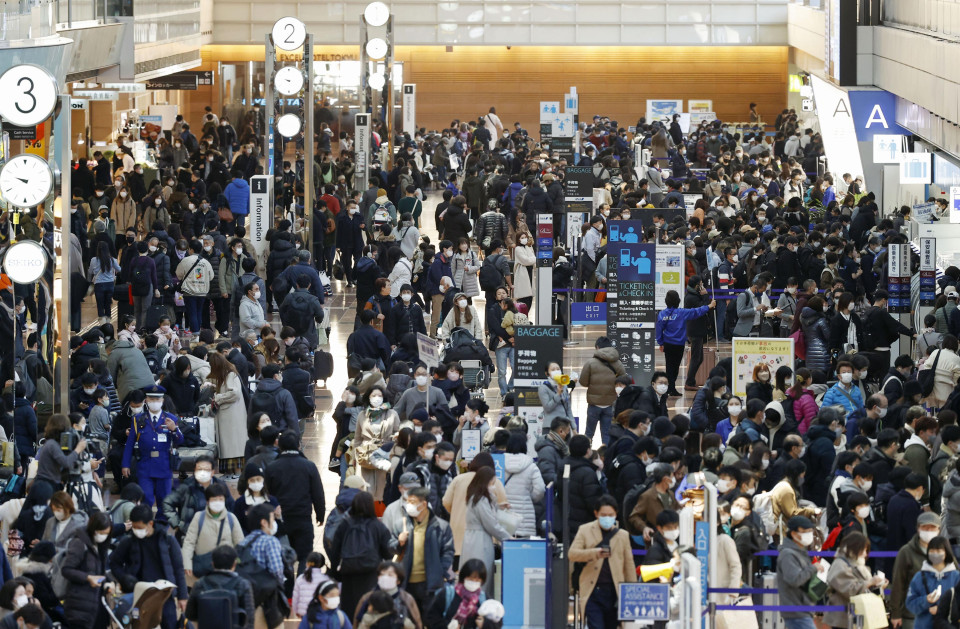 The figure was sharply up from the roughly 52,500 who flew internationally via the two airports from Dec. 25, 2020 to Jan. 3, 2021. The data for passengers at the airports a year earlier was not available amid the effects of the pandemic.

According to the bureau, the spike in international air passengers reflects the lift in October of most border control measures including limits on overseas visitors.

Foreigners made up the majority of passengers at both airports, comprising some 71 percent of Narita airport's 549,900 international air travelers, and 56 percent of the 344,800 total for Haneda airport.

The United States including Guam and Hawaii was the most popular outbound choice at the airports with about 101,000 passengers. South Korea and Taiwan were also among the most traveled routes from both airports.

Despite improvements, the numbers are still behind pre-pandemic levels. During the New Year holiday period from late December 2019 to early January 2020, the two airports processed about 1.5 million passengers, with roughly 1 million travelers at Narita airport and some 522,000 at Haneda airport.