Around 15 people were taken to hospital following a major pileup on Thursday involving around 20 vehicles near an exit of an expressway in western Japan, local authorities said.

The accident occurred around 9:45 a.m. in the city of Kashihara, Nara Prefecture, near an exit onto a suburban road from the Keinawa Expressway. 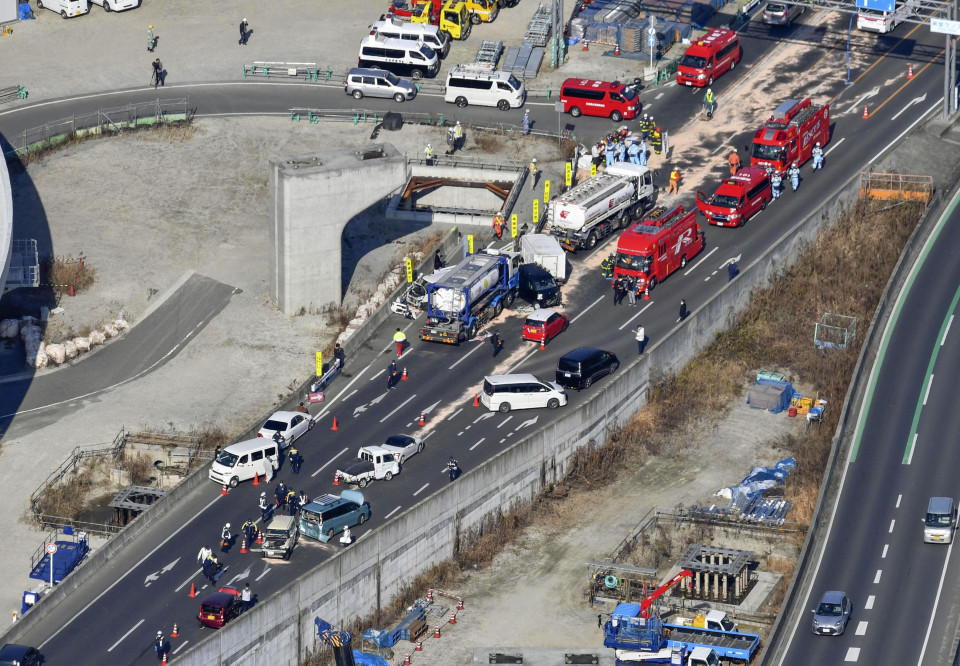 Photo taken from a Kyodo News helicopter on Jan. 12, 2023, shows a multiple-car pileup on an expressway in Nara Prefecture. (Kyodo)

Those who were taken to hospitals sustained minor injuries, according to rescue workers.

Police said it appears a tanker truck, one of three heavy vehicles involved, impacted a line of vehicles waiting at a traffic light on the suburban road.