Hopes are high among Japanese securities companies that stocks will rise in 2023, drawing on a Japanese traditional stock market proverb that says shares "jump" in the Year of the Rabbit, after the country's major stock index fell for the first time in four years last year.

The benchmark Nikkei stock index rose 16.4 percent on average over the past six Rabbit years since 1950, yielding better performances than most of the other 11 Chinese zodiac years, according to Daiwa Securities Co. 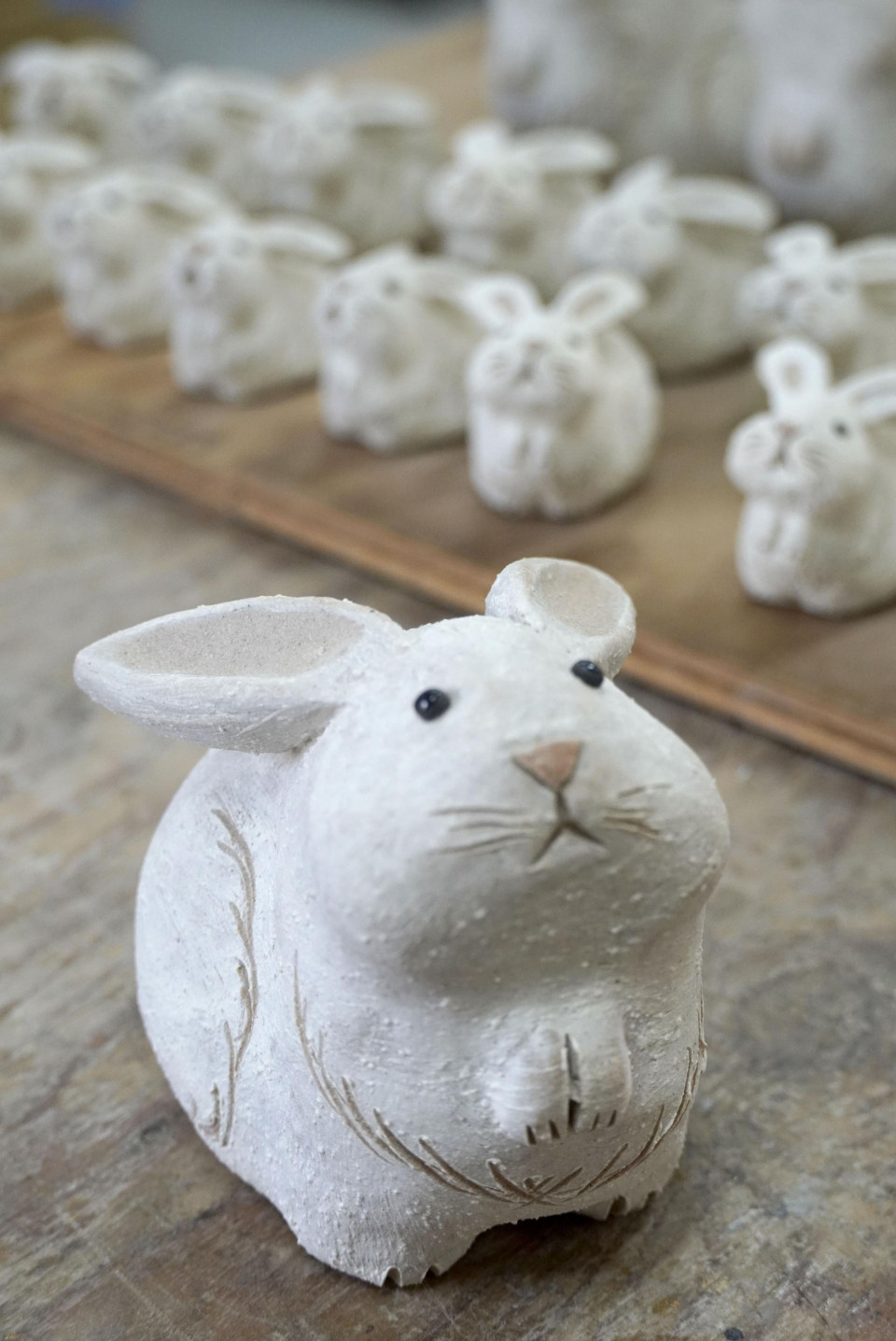 Rabbit ceramic figurines are lined up at a Shigaraki ware pottery in Koka in Shiga Prefecture, central Japan, on Nov. 28, 2022, as production of the figurines reach its peak in preparation for the Year of the Rabbit in 2023 under the Chinese zodiac. (Kyodo)

Four out of the past six Rabbit years saw stock prices advance. For example, the Nikkei soared 62.9 percent in 1951 during an economic boom amid the 1950-1953 Korean War.

The index also surged 36.8 percent in 1999 when the Bank of Japan adopted a zero-interest-rate policy, according to the company.

Encouraged by such a trend, securities brokers have started recommending rabbit-related shares to their clients, such as Zensho Holdings Co., which operates the rice bowl restaurant chain Nakau. The restaurant's name includes the kanji character for rabbit.

Other examples include snack maker Kameda Seika Co. as the first part of its name, "kame," or tortoise reminds people of the fable "The Tortoise and the Hare."

Hearing aid maker Rion Co. is also on the list of such stocks, as the shape of its products resembles a rabbit's ear.

The potentially auspicious year comes as the government has recently decided to expand a tax-free stock investment program for households.

Prime Minister Fumio Kishida made a rare appearance at the year-end ceremony at the Tokyo Stock Exchange last year and vowed to liven up stock investment in his push to spur a shift from savings in the country known for risk-averseness.

The Nikkei closed 9.4 percent lower in 2022, weighed down by Russia's war in Ukraine and fears over a potential global recession due to aggressive monetary tightening by overseas central banks to fight inflation.