The deaths were among 13 who had been rescued following a distress call the previous night from the 6,551-ton Jintian, which was carrying 14 Chinese and eight Myanmar nationals as crew members. 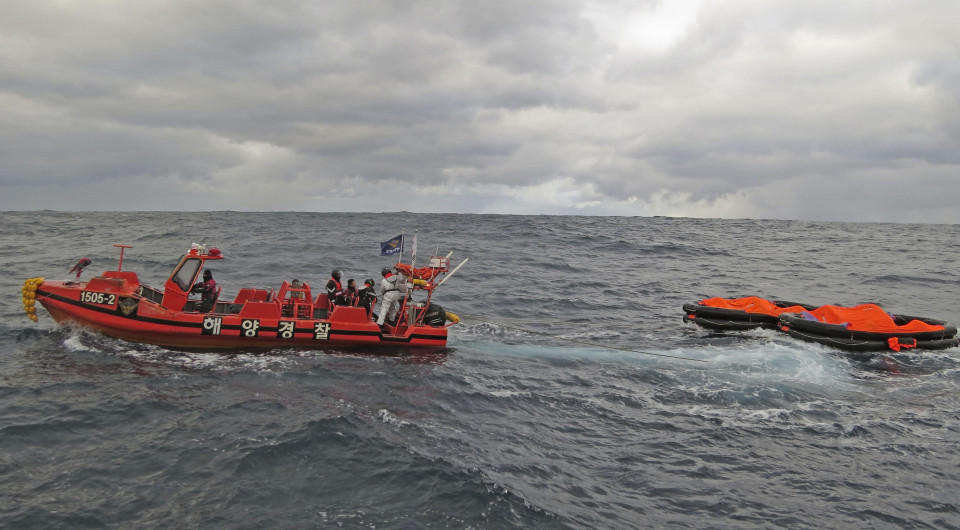 South Korea's coast guard notified its Japanese counterpart that of the remaining 11 who were rescued, six are unconscious and five conscious.

Patrol boats and aircraft continued searching in the afternoon for the nine missing crew members hoping they may be adrift on lifeboats.

The vessel made the distress call around 11:15 p.m. from about 110 kilometers west of Japan's Danjo Islands in the East China Sea.

A gale warning was in effect when the distress signal was made. The wind speed was estimated at 72 km per hour at the time of the accident, according to the Nagasaki Meteorological Office. 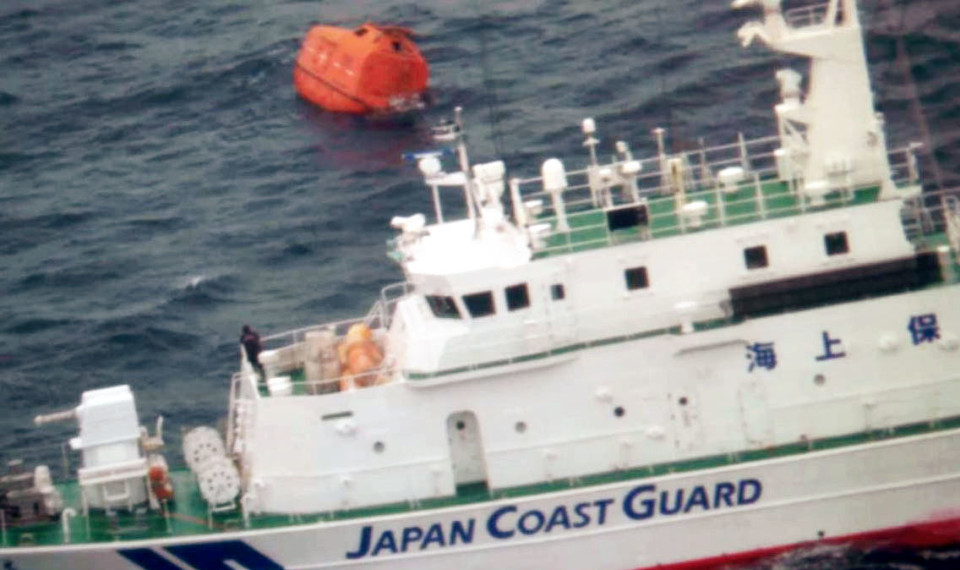 A Japan Coast Guard vessel conducts a search near a lifeboat (top) of a sunken cargo ship on Jan. 25, 2023. (Photo courtesy of the 7th Regional Coast Guard Headquarters)(Kyodo)

The ship was en route to South Korea's Incheon from Malaysia, carrying wood.

Five of the Chinese crew members were rescued by a private vessel that was sailing nearby, and all of them were well enough to communicate at the time. The vessel alerted the coast guard that the crew had been able to transfer to lifeboats before the ship sank.

Six crew members were rescued by the South Korean coast guard and two by Japan's Air Self-Defense Force. The two rescued by the ASDF were confirmed dead after being sent to a hospital via Nagasaki Airport. The incident took place outside Japan's territorial waters.

Meanwhile, South Korea's Yonhap News Agency reported that the country's coast guard and others had rescued 14 crew members, of whom nine were unconscious.

The crew of the Jintian had earlier contacted the Japan Coast Guard via a satellite phone, saying their ship had tilted and the boat was flooding. 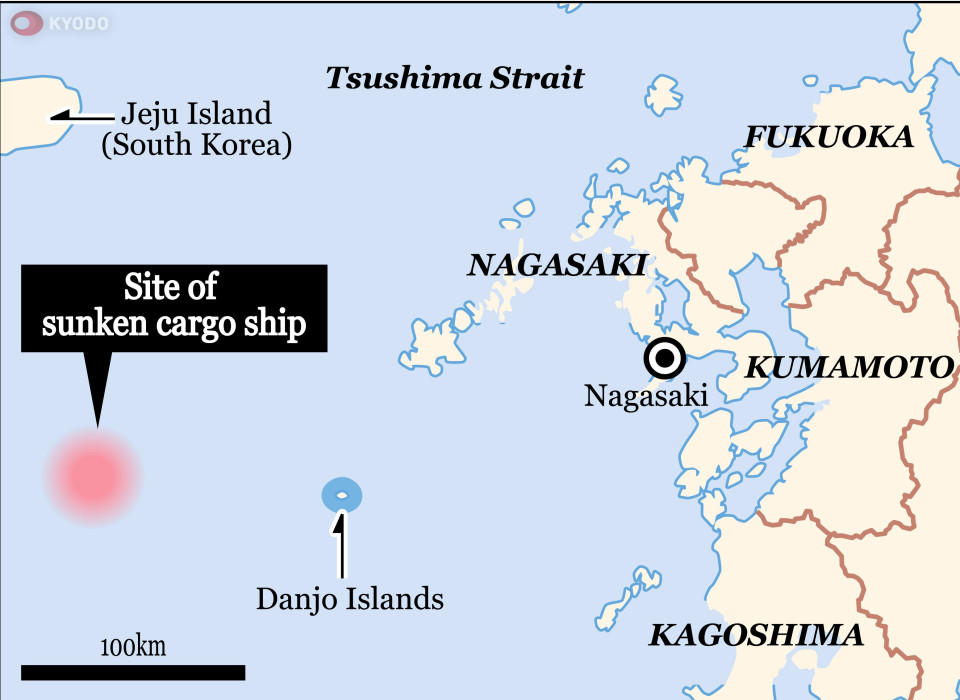 Coast guard ship runs aground in Japan, no crew injured