The preservation of plant seeds as a genetic resource is becoming more and more important at a time when many crops are threatened by extinction or lower productive output due to climate change and the destruction of ecosystems through overdevelopment.

The shifting of ideal growing zones due to warming across the globe makes the creation of seed banks a cause for international concern, with changing growing conditions driving a need for what is, in effect, an ecological database.

The National Agriculture and Food Research Organization in Tsukuba, Ibaraki Prefecture, operates a genebank business, which collects, preserves and distributes genetic agricultural resources both in Japan and abroad for research and educational purposes.

As of the end of November, more than 230,000 genetic resources for plants, including some 200,000 seeds, were registered there. The seeds are placed in containers kept in NARO's storage house at a temperature of minus 1 C and at 30 percent humidity. 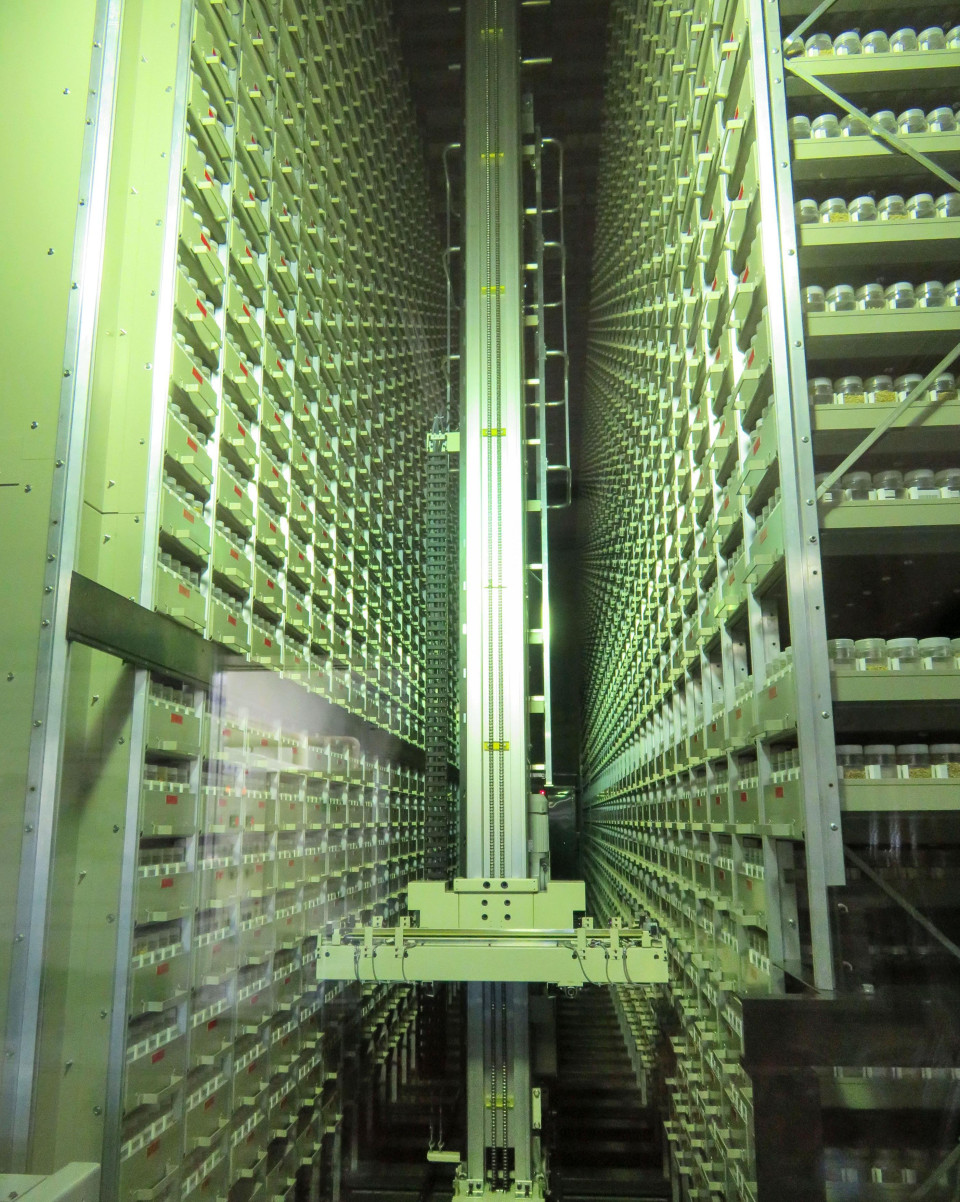 The seed bank at the National Agriculture and Food Research Organization in Tsukuba, Ibaraki Prefecture, is pictured in November 2022. Seeds are stored at minus 1 C and at 30 percent humidity. (Kyodo)

"Once an organism is lost, it cannot be reproduced. We need to preserve as many seeds as possible," said Kaworu Ebana, head of the genebank project at NARO's Research Center of Genetic Resources.

According to the head of the center Toru Kumagai, all agricultural products are affected by global warming. As quality deteriorates, some are no longer cultivated, so he urges "passing on the things that appear likely to disappear."

Several agricultural products that were no longer being cultivated have been restored thanks to seeds kept at the bank. Among them is the Watari Bune rice strain considered one of the parent strains to Yamada Nishiki, a premier sake brewing rice variety. 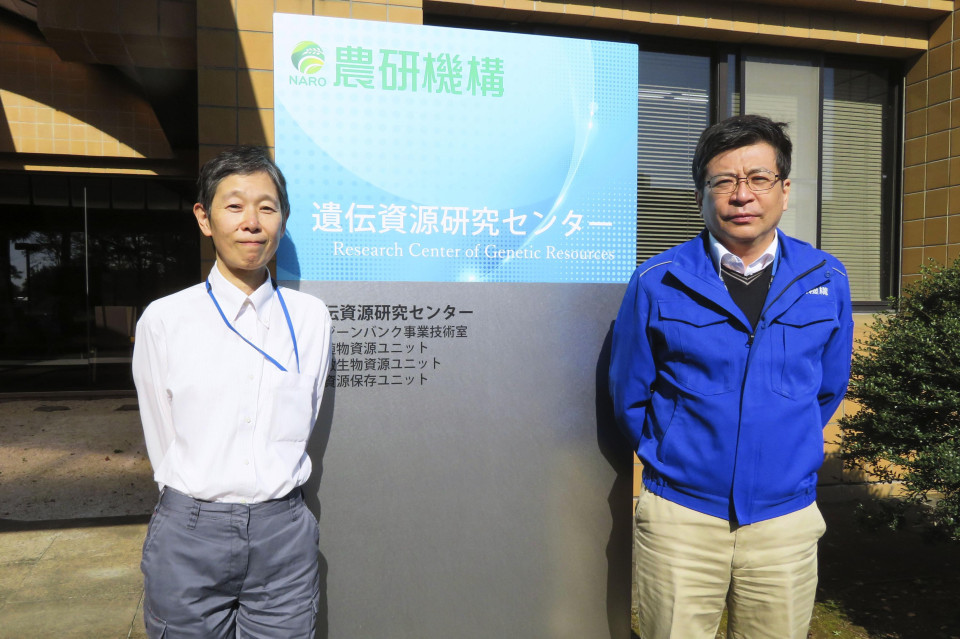 The cultivation of Watari Bune was long ago halted because of its vulnerability to disease. But in 1990, Fuchu Homare, a sake brewer in Ishioka, Ibaraki Prefecture, began to cultivate the rice, using 14 grams of rice seed kept at the genebank, and released a prized sake product under the brand of Watari Bune in 1992.

More than 50 kinds of traditional vegetables in Tokyo, registered as "Edo Tokyo Yasai," have also been revived from seeds provided by the bank. One of them is the "terajima nasu" eggplant.

Seeds are gathered by the bank from Southeast Asian nations such as Vietnam and Laos.

The crops grown in such countries have genetic characteristics that make them resistant to warmer growing conditions. The bank provides them to nursery companies and research institutes in hopes that new varieties can be created and developed. 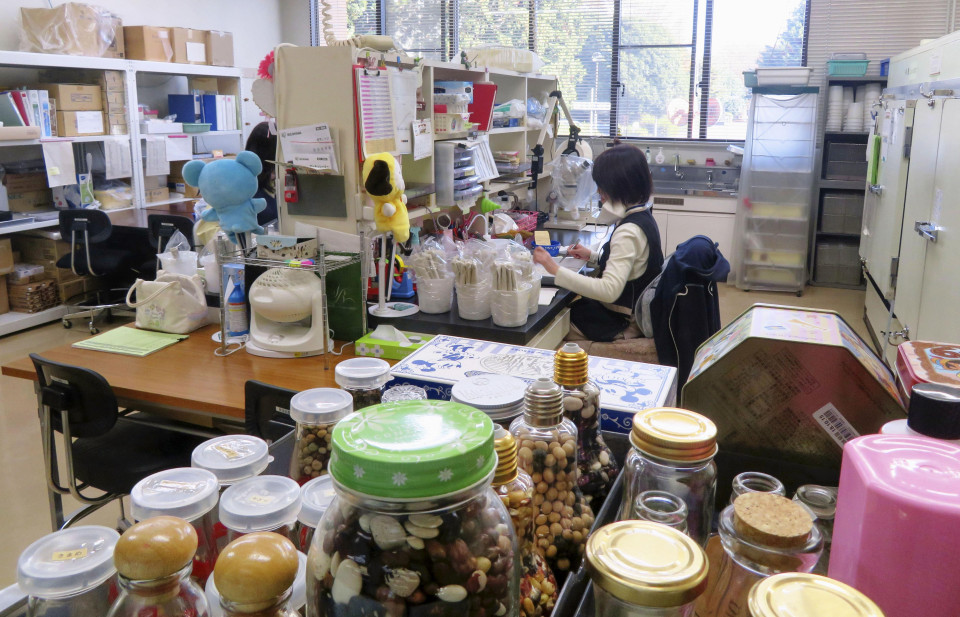 Tests to measure the germination rate of seeds stored in the genebank of the National Agriculture and Food Research Organization are conducted in Tsukuba, Ibaraki Prefecture, in November 2022. (Kyodo)

The development of disease-resistant breeds can mean a reduction in the need for agricultural chemicals.

Rather than for the protection of genetic resources, the remark was intended to warn against China's reliance on food imports while calling for a push for self-sufficiency.

Nevertheless, the importance of preserving seeds is starting to be recognized internationally.

NARO's Kumagai said, "While the preservation of genetic resources for the future is important, now, the reality is we need to contribute to the reinforcement of competitiveness among nursery companies."