China's gas imports from Russia double in 2022 amid Ukraine crisis

China's pipeline gas imports from Russia soared some 2.6 times from the previous year to $3.98 billion in 2022, while that of LNG imports jumped some 2.4 times to $6.75 billion, according to the Chinese General Administration of Customs.

China did not release its pipeline gas import volume from Russia. 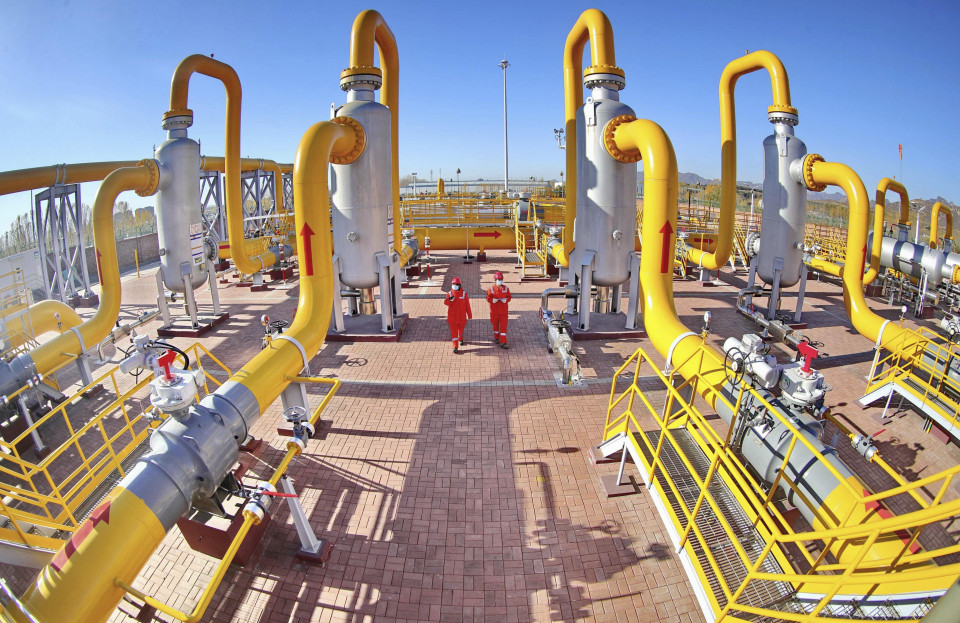 Photo taken in November 2022 in the Chinese city of Qinhuangdao in Hebei Province shows natural gas pipelines connected to Russia. (Use in China, France not permitted)(CPA/Kyodo)

The rise in value terms was bigger than that in volume, reflecting higher energy prices following Russia's invasion of Ukraine in February last year.

China has opposed the sanctions on Russia and continued to purchase energy from the neighboring country.

In December, the Group of Seven major industrialized nations, the European Union and Australia introduced a price cap on Russian crude oil to squeeze Moscow's key source of revenue as economic punishment for its ongoing war in Ukraine.

In response, Russian President Vladimir Putin signed a decree late last month that bans the supply of crude oil from Feb. 1 for five months to nations that introduced the price cap.