Echizen knives forged according to centuries-old methods are proving to be a hit abroad, with many chefs visiting workshops in the town in Fukui Prefecture, central Japan.

Handmade and appreciated for their sharpness and durability, their popularity has grown through overseas sales demonstrations including in the United States, their promoters say.

"Echizen Uchihamono" blades are forged by hand using techniques carefully passed down from around 700 years ago. The knives, despite being light and thin, are durable and sharp. 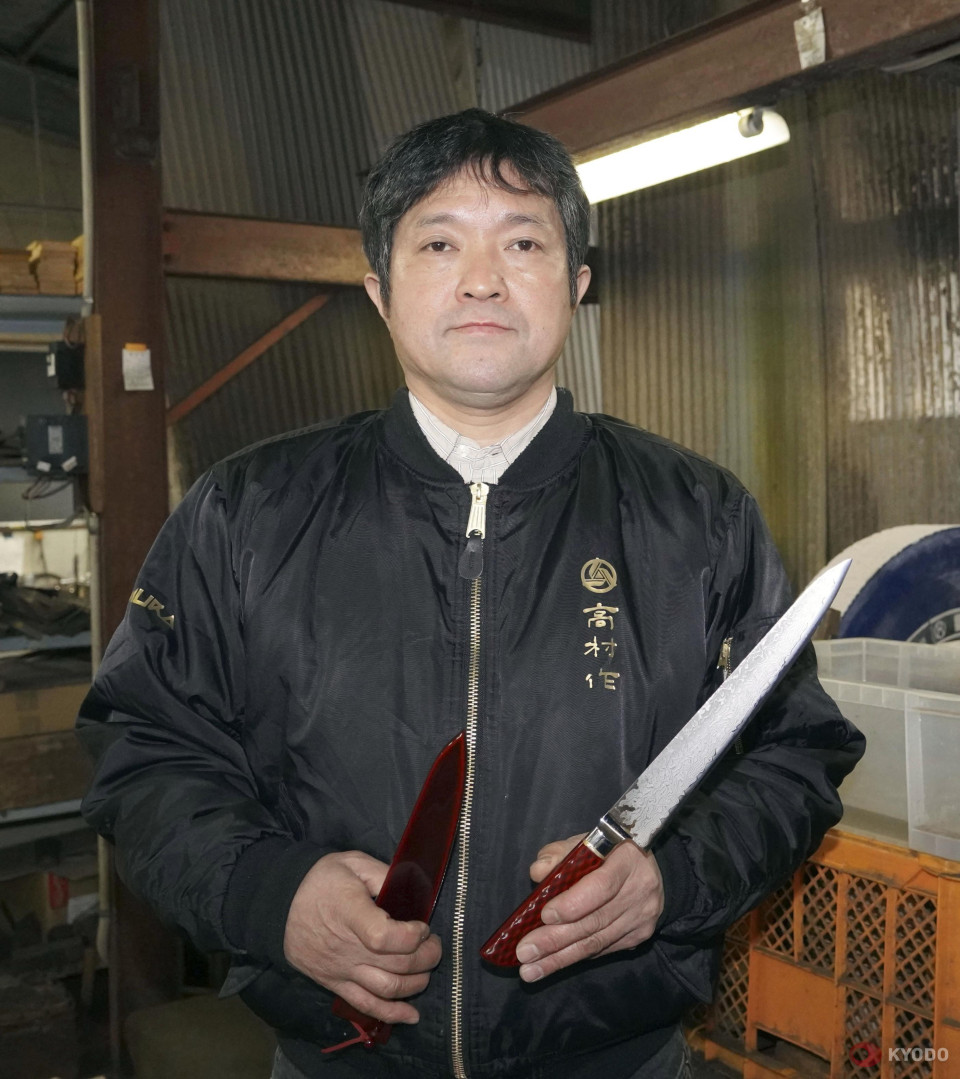 The knives are designated by the government as a "traditional craft product," requirements for which include being an everyday object that employs traditional raw materials and techniques.

Echizen knives worth around 2 billion yen ($15 million) were produced in fiscal 2021, more than triple the level in fiscal 2011, with roughly a quarter bound for other countries, mainly in Europe and the United States.

Sakae Miyoshi, the executive director of a local organization that promotes and sells the knives, said sales demonstrations abroad including in the United States and South Korea, prior to border controls triggered by the COVID-19 pandemic, had "perhaps been effective."

The traditional knives became more widely known outside of Japan through a cooking event held in New York in 2012, according to Terukazu Takamura, the president of Takamurahamono, a factory founded in 1945 that makes the knives.

French chef Regis Marcon, a 1995 Bocuse d'Or winner and chief organizer of the international chef competition, praised them on a visit to the factory in 2017, Takamura added.

"I hear that the quality of a knife's sharpness is directly tied to a cook's motivation. I want to continue to make tools that support the art of cooking," he said.