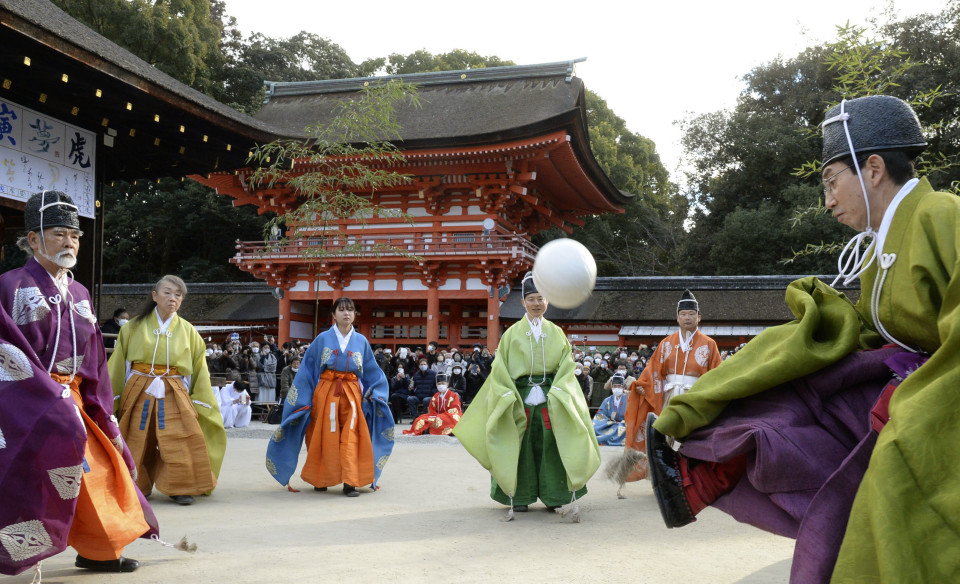 TOKYO - New car sales in Japan dropped 5.6 percent in 2022 from the previous year to their lowest level in 45 years due to a semiconductor shortage and pandemic-caused supply chain disruptions, data from industry bodies showed Thursday.

A total of 4,201,321 cars including minivehicles with engines of up to 660 cc were sold last year in the country, according to the Japan Automobile Dealers Association and the Japan Light Motor Vehicle and Motorcycle Association.

TOKYO - The Japanese government on Thursday more than doubled the coupon rate for new 10-year government bonds to 0.5 percent, the highest in more than eight years, reflecting a rise in long-term interest rates following the Bank of Japan's monetary policy tweak.

The Finance Ministry hiked the coupon rate -- the interest rate stated on bonds at their issuance -- for benchmark bonds issued in January from 0.2 percent to the highest level since December 2014, marking the first increase since April last year.

BEIJING - The leaders of China and the Philippines have agreed to "appropriately manage differences" over the situation in the South China Sea "through peaceful means," emphasizing that maritime issues "do not comprise the sum total" of bilateral relations, their joint statement showed Thursday.

During their summit talks Wednesday in Beijing, Chinese President Xi Jinping and his Philippine counterpart Ferdinand Marcos Jr. agreed to resume discussions on joint oil and gas development in the South China Sea at an early date and reaffirmed the importance of freedom of navigation and overflight in the area, it said.

Thailand to forgo stricter COVID rules on arrivals from China

BANGKOK - Thailand will not impose stricter quarantine measures on arrivals from China, its government said Thursday, even as some countries such as Japan have moved to require them to undergo coronavirus testing upon arrival amid a surge in cases in China.

"We insist on the principle that no discriminations should be made against any one country because there is still a pandemic in every country and with similar variants," Public Health Minister Anutin Charnvirakul said. "COVID-19 should not be the grounds for exclusion for any country."

SEOUL - South Korea's spy agency confirmed Thursday that former North Korean Foreign Minister Ri Yong Ho has been purged though it remains uncertain whether he was executed, according to a lawmaker briefed on the matter.

"Regarding recent media reports about Foreign Minister Ri Yong Ho, it was confirmed (by the National Intelligence Service) that he has been purged but whether he was executed remains unclear," lawmaker Youn Kun Young told reporters.

KYIV - A senior Ukrainian official has invited Japanese Prime Minister Fumio Kishida to visit Ukraine, conveying President Volodymyr Zelenskyy's wish to Japan's ambassador to the country in a meeting Wednesday, according to the president's office.

In the meeting with Ambassador Kuninori Matsuda, Andriy Yermak, head of the president's office, issued the invitation after expressing Ukraine's appreciation for Japan's solidarity amid the war with Russia.

LAS VEGAS - A joint venture of Sony Group Corp. and Honda Motor Co. unveiled the prototype of its new Afeela brand electric vehicle on Wednesday during a press event at the Consumer Electronics Show in Las Vegas.

The four-door sedan of Sony Honda Mobility Inc. has a digital display panel between the headlights that can be customized, and dozens of cameras and sensors inside and around its body to prevent accidents.

Families in Tokyo to get 5,000 yen per child amid falling birthrates

TOKYO - The Tokyo metropolitan government plans to provide families in the capital with a monthly allowance of around 5,000 yen ($38) per child aged through 18 regardless of household income levels, as part of efforts to address the rapidly falling birthrate in Japan.

With official estimates set to show that annual births in the country fell below 800,000 for the first time last year, Tokyo Gov. Yuriko Koike has said her government needs to make its own responses and that the government of Prime Minister Fumio Kishida has lacked countermeasures that have an immediate effect.

KOBE - Japanese ocean adventurer Kenichi Horie, who became the world's oldest person to make a solo, nonstop voyage across the Pacific on a yacht at age 83 last year, will receive a prestigious American sailing award.

The Cruising Club of America said this week that it has chosen the now 84-year-old adventurer for its highest honor, the Blue Water Medal, in recognition of his "lifetime of ocean-crossing achievement."