Japanese Emperor Naruhito, in a poem recited at the annual Imperial New Year's Poetry Reading on Wednesday, expressed hope that people's lives disrupted by the COVID-19 pandemic will return to normal, touching on the friendship between young brass band members with whom he spoke.

The ceremony at the Imperial Palace was also attended by Empress Masako, and Crown Prince Fumihito and his wife Princess Kiko, with the number of attendees from the general public limited in consideration of the coronavirus pandemic.

The theme of this year's "waka" poems at the reading was "tomo," meaning "friend." 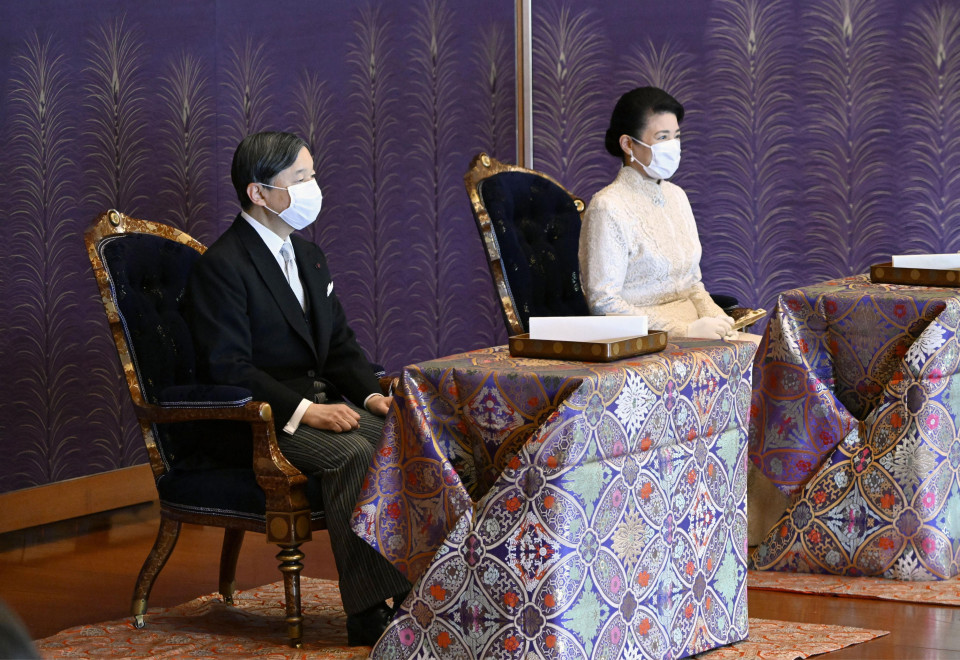 The 62-year-old emperor's poem drew on his online attendance with his wife at the National Cultural Festival held in Wakayama Prefecture in 2021. He was delighted to listen to high school students who were members of a brass band speak about their joy at being able to continue playing their instruments with friends despite various pandemic restrictions, according to the Imperial Household Agency.

The official translation of the poem written by the emperor and provided by the agency is as follows:

Empress Masako conveyed her gratitude for the care shown by close friends over the years, as she reflected, after turning 59 in December, that since her marriage in 1993 she had been a member of the imperial family for half her life.

The official translation of the empress's poem is as follows:

In her poem, Princess Aiko, the 21-year-old daughter of the imperial couple, fondly recalled how when strolling in the autumn foliage of the palace garden last year she was reminded of walking back from school with a friend on a road carpeted with leaves.

The official translation of the princess's poem is as follows:

The poems, as well as compositions by other imperial family members and 10 pieces chosen from among 15,005 entries submitted by the public, were recited in the traditional style at the reading.

Waka poetry was developed by the court aristocracy in the sixth century. A "tanka" poem, the most common form of waka, consists of 31 syllables in a pattern of 5-7-5-7-7. 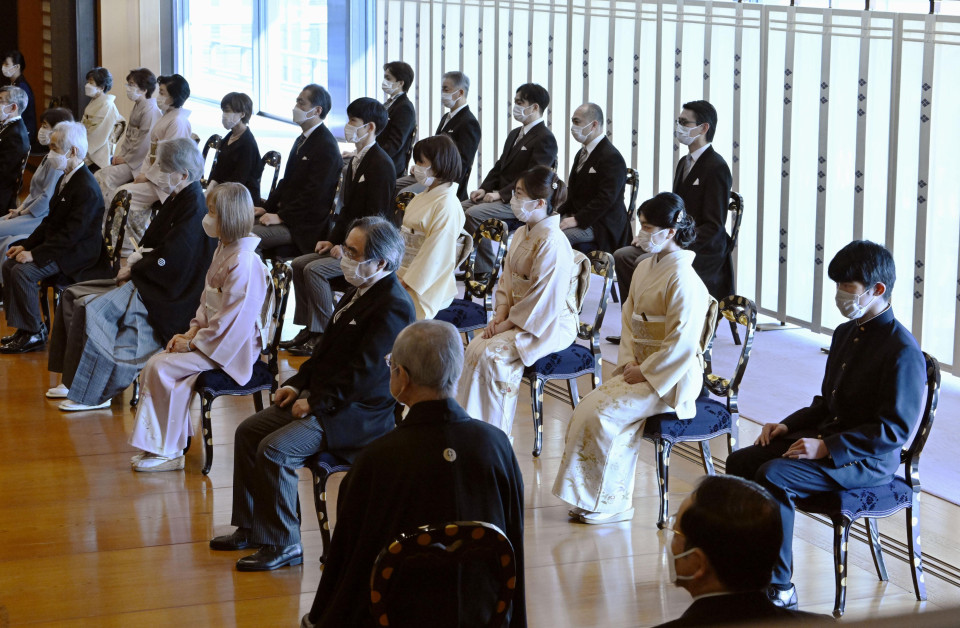