Japan's Hitomi Niiya ran away with the Houston Marathon women's title Sunday, finishing 12 seconds outside the course record in a personal-best 2 hours, 19 minutes and 24 seconds.

The national 10,000-meter and half-marathon record-holder, Niiya fell just short in her bid to break Mizuki Noguchi's Japanese marathon record of 2:19:12, set at the 2005 Berlin Marathon.

She crossed the finish line more than six minutes ahead of runner-up Muliye Dekeb Haylemariyam of Ethiopia, who had set the early pace on the downtown Houston course. 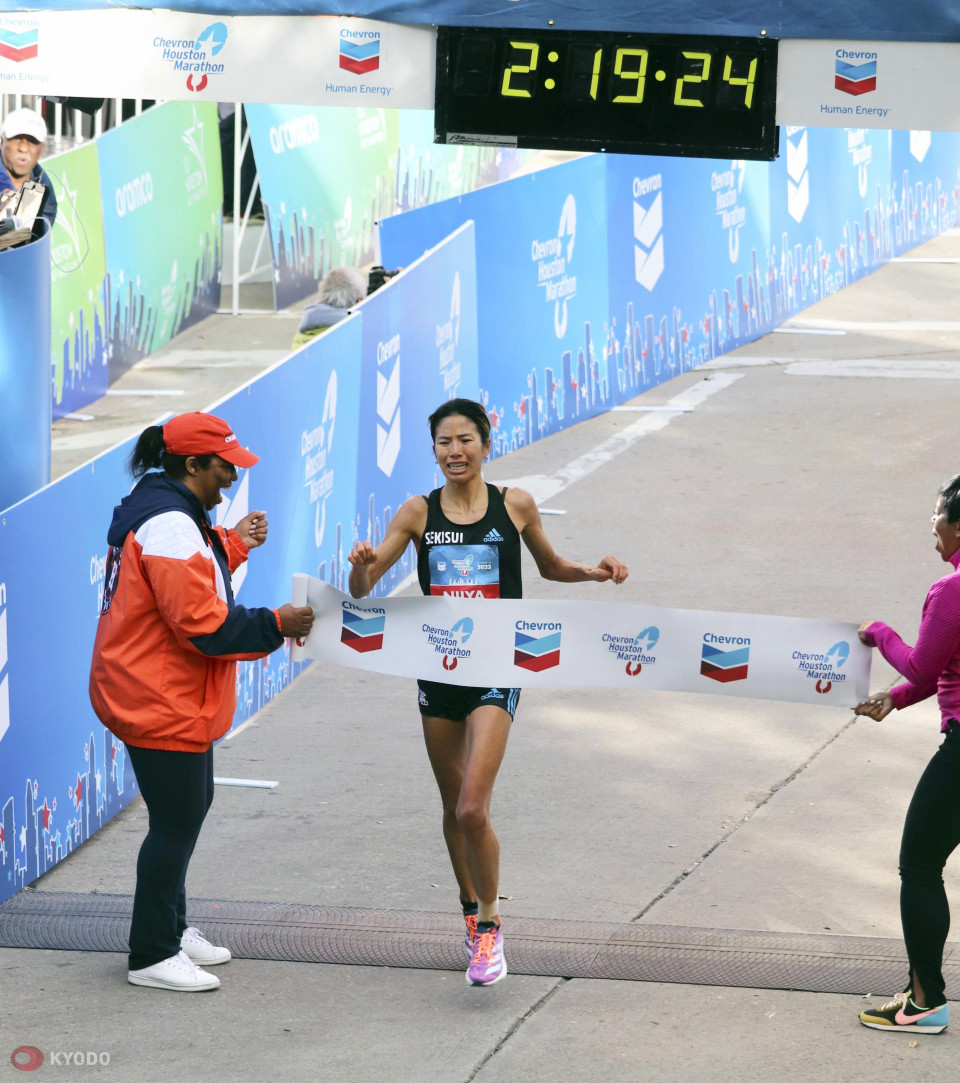 Hitomi Niiya of Japan crosses the finish line to win the Houston Marathon women's title in Houston on Jan. 15, 2023. (Kyodo)

"There were painful moments but my supporters gave me a big boost," Niiya said.

"Although I didn't achieve my goal of breaking the Japanese record, I've steadily improved. I want to give it another try at the next Berlin Marathon (in September)."

Kenya's Dominic Ondoro won the men's title in 2:10:36, while Kenta Uchida was the first Japanese runner across the line, finishing sixth in 2:14:13.