"We are excited to welcome Rui and his family to the Los Angeles Lakers," General Manager Rob Pelinka said on the team website.

"Adding both size and depth to the wing position has been a goal, and the chance to accomplish that by acquiring a player with Rui's two-way skills and upside was an opportunity that doesn't present itself often," he said. 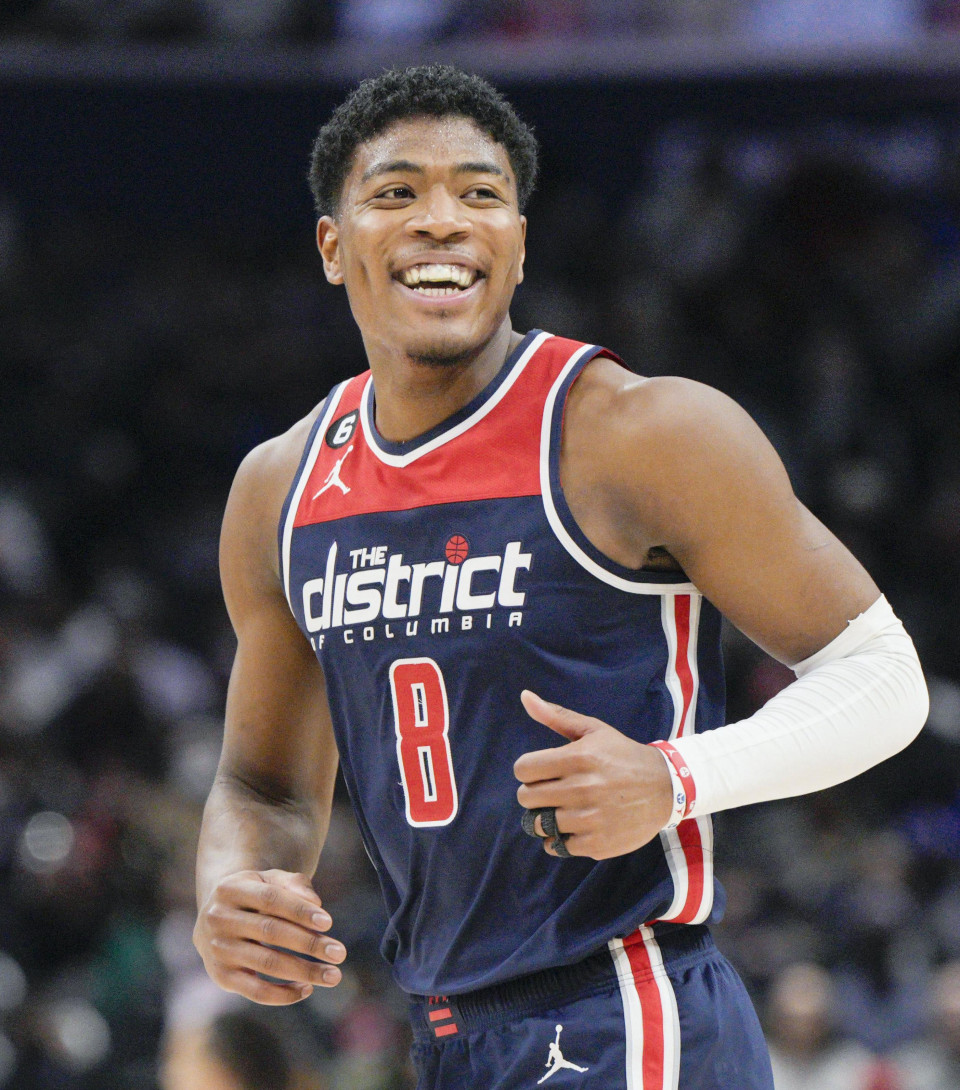 Washington Wizards forward Rui Hachimura (8) smiles after scoring against the Orlando Magic during the second half of an NBA basketball game on Jan. 21, 2023, in Washington. (AP/Kyodo)

Hachimura joins up with superstars LeBron James and Anthony Davis on a Lakers team that has struggled with injuries this season and is much in need of size.

The Lakers moved to a 22-win, 25-loss record after beating the Portland Trailblazers on Monday and sit 12th in the Western Conference standings.

Hachimura in 2019 became the first Japanese to be selected in the first round of the NBA draft. He is in the final year of his four-year rookie contract, with the Lakers now holding the right to extend his deal next season.

ESPN's Adrian Wojnarowski reported the Lakers intend to sign Hachimura to a contract extension after the conclusion of the current season. Hachimura will be a restricted free agent at the time.

Hachimura has averaged 13 points and 4.3 rebounds this season, with the Wizards having a number of quality options at the power forward position.

The 24-year-old Toyama native played 177 games for the Wizards across three-plus seasons.

"We watched Rui grow as a professional during his time here and appreciate his contributions on and off the court," Wizards President Tommy Sheppard said on the team website. "We wish him the best as he begins a new chapter in Los Angeles."

Since entering the league out of Gonzaga University, Hachimura has developed a reliable three-point shot but has struggled at times on the defensive end.

Hachimura will bring some physicality and shooting to a Lakers team in need of both. The Japanese player has a chance to thrive off James' elite playmaking while the attention paid to Davis will likely give him plenty of scoring opportunities.