Aspiring Japanese astronauts have taken their final exams on a mock lunar surface at a training facility near Tokyo, with the successful candidates to be revealed next month.

The Japan Aerospace Exploration Agency opened the facility at its Sagamihara Campus in Kanagawa Prefecture to the press on Thursday. Footprints and rover tracks cover the 23-meter-long, 18-meter-wide space that simulates the powdery regolith on the lunar surface. 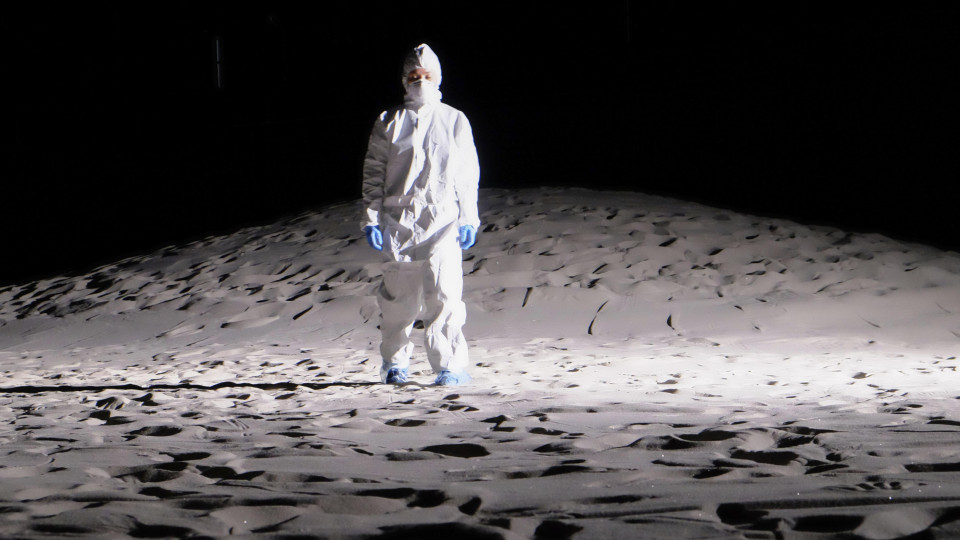 Photo taken on Jan. 19, 2023, shows a Japan Aerospace Exploration Agency official in a dust-proof suit walking on a mock lunar surface at a JAXA facility in Sagamihara near Tokyo. (Kyodo)

Around 425 tons of fine sand has been used at the facility, which can artificially reproduce the light of the sun on the lunar surface.

JAXA began accepting applications for prospective astronauts in 2021. Just 10 people -- eight men and two women -- made it to the final exams, with the agency expected to reveal the few who pass as astronaut candidates in early February.

During the exams, the group was split into three teams that assembled and remotely operated exploration vehicles and simulated walking on the Moon while wearing dust-proof suits.

Takayoshi Nishikawa, chief engineer at JAXA, said that through the exams, "we were able to evaluate the trainees' teamwork and leadership abilities." 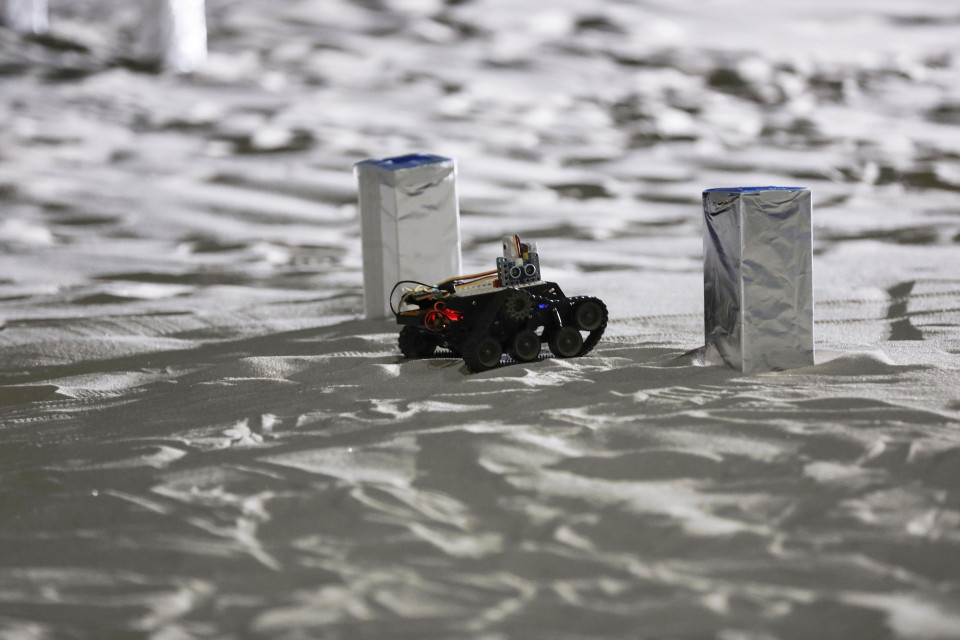 Photo taken on Jan. 18, 2023, shows a remote-controlled exploration vehicle on a mock lunar surface at a Japan Aerospace Exploration Agency facility in Sagamihara near Tokyo. (Photo courtesy of JAXA)(Kyodo)