Old photographs of Tokyo taken roughly two years after the Great Kanto Earthquake in 1923 have recently been found, becoming a valuable record of how the Japanese capital recovered following the natural disaster estimated to have claimed more than 100,000 lives.

The 16 photos were acquired by Keisho Ishiguro, an 81-year-old antique photo collector living in Tokyo, who purchased the collection after seeing it in an inventory that an acquaintance's antiquarian bookstore sent to him in 2017. 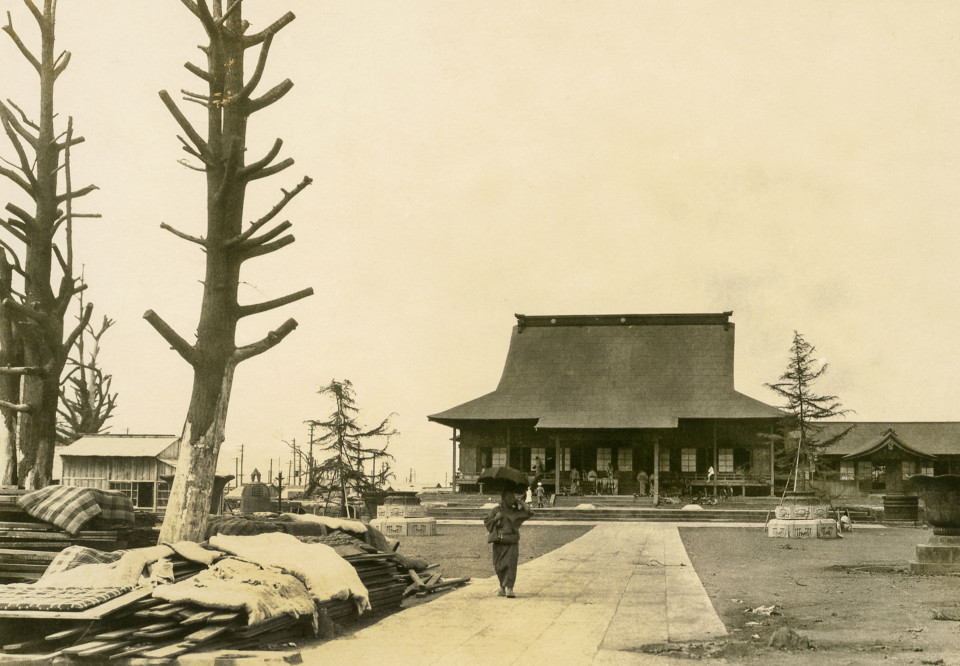 Supplied photo shows the makeshift main hall of Higashi Honganji temple in Tokyo's Asakusa area, built in about three months after the 1923 earthquake. The photo is believed to have been taken after the spring of 1924. (Kyodo)

Despite being discolored, the photos, which all measure approximately 12 centimeters by 16.5 cm, appear to have been printed directly onto photographic paper after being taken by a large format camera or similar, enabling them to convey the scenes of reconstruction with sharpness.

Locations, but not dates and times, were written on the back of many of the photos, which captured various familiar places in Tokyo including a national road that runs through present day Sumida Ward, and Ueno Park.

According to researchers, while there are many photographs of the magnitude 7.9 earthquake on Sept. 1, 1923, which originated in Sagami Bay off Kanagawa Prefecture, it is rare to find ones depicting the subsequent reconstruction process. 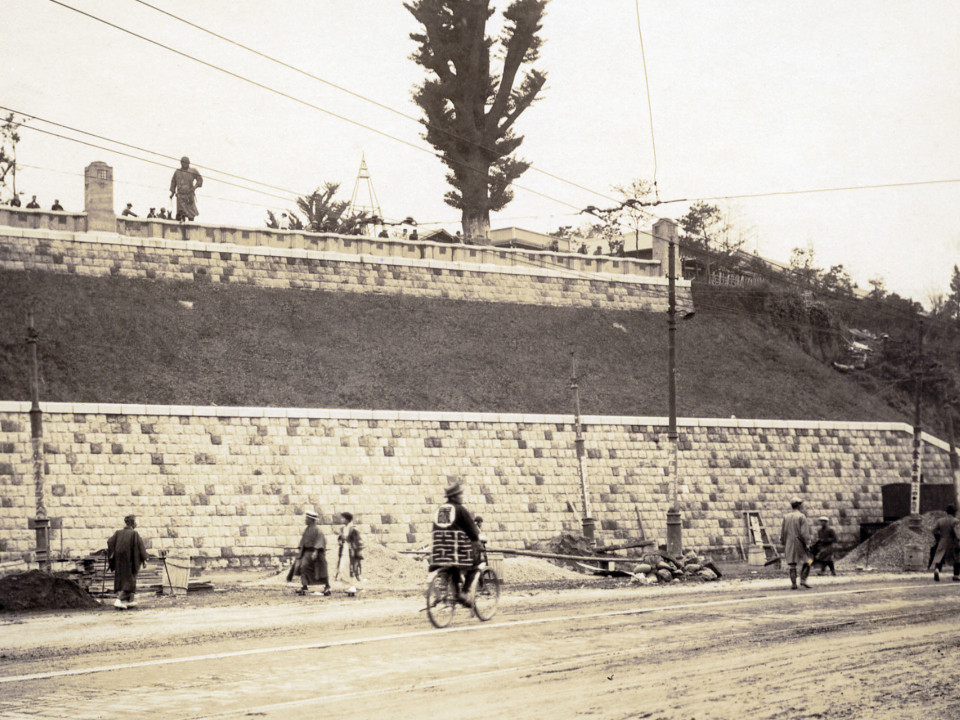 Supplied photo shows the statue of Takamori Saigo (upper L), who played a key role in Japan's modernization through the Meiji Restoration in the 19th century, at Ueno Park in Tokyo. The photo is believed to have been taken before September 1924. (Kyodo) 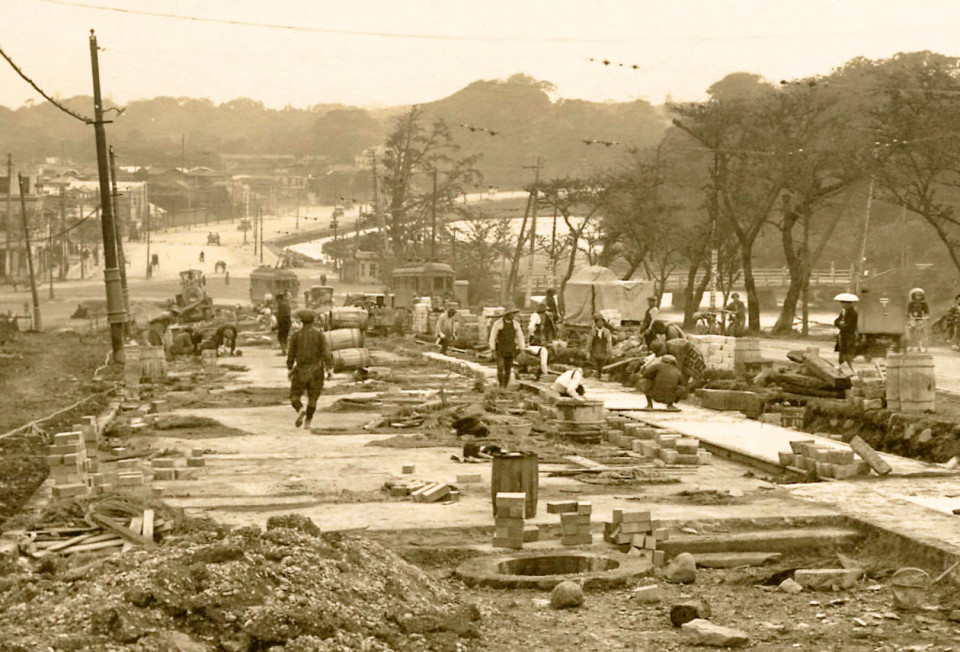 Supplied photo shows the Akasakamitsuke crossing in central Tokyo, believed to have been pictured after December 1924. (Kyodo) 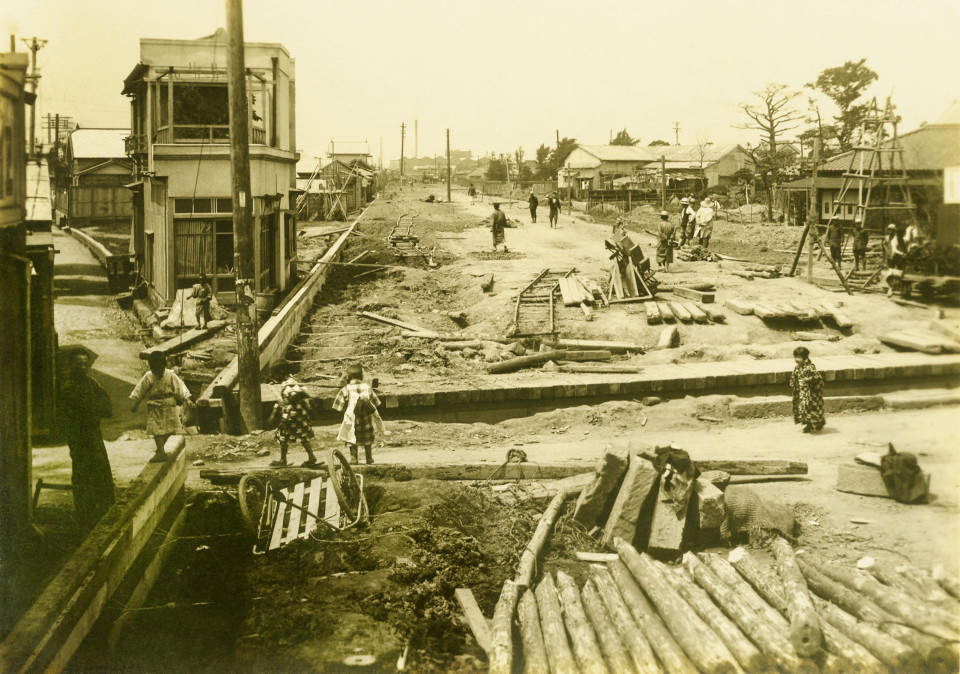