Japan's electric scooter users will no longer require a driver's license from July, though minors under 16 will be banned from riding them, the National Police Agency said Thursday.

The new rules apply to scooters with a maximum speed of 20 kilometers per hour, and riders must comply with the same traffic rules as bicycles, including not riding on sidewalks. Scooter riders are advised to wear helmets, although it is not compulsory. 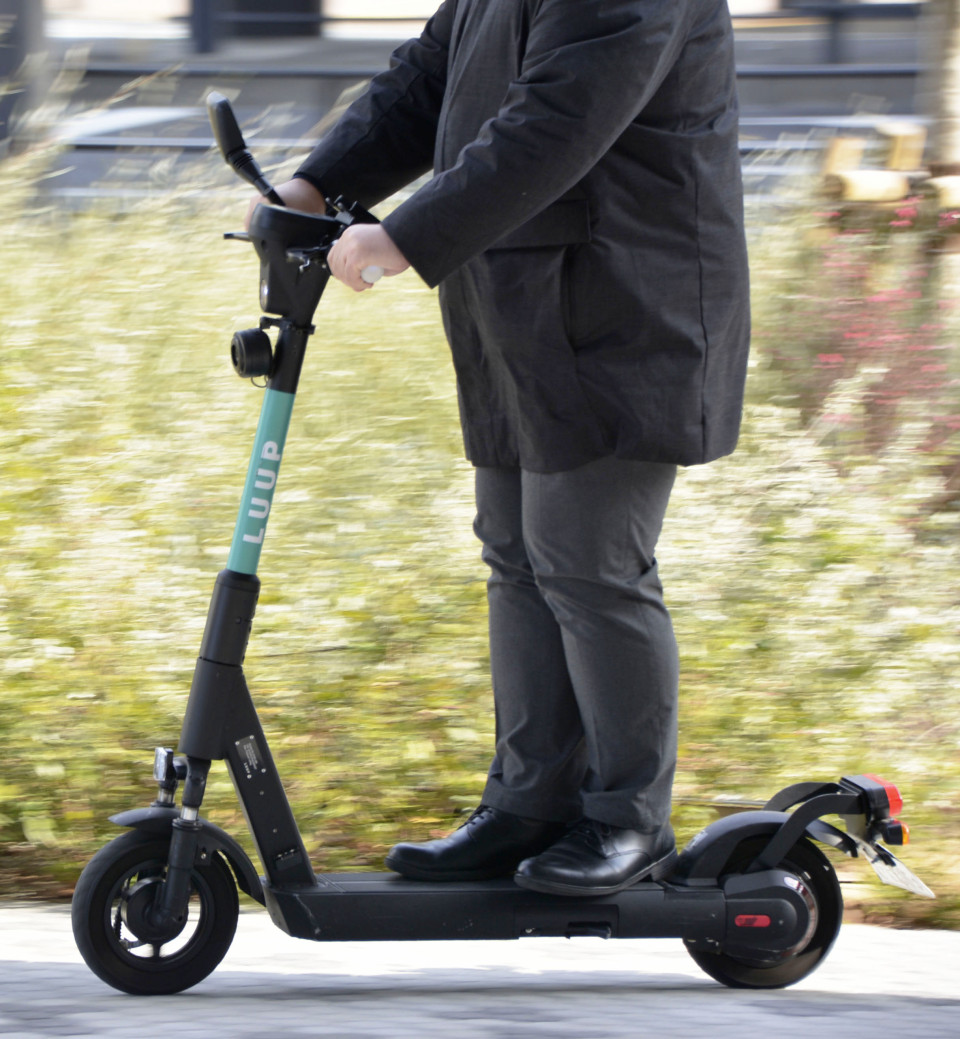 The two-wheeled scooters have been attracting a growing number of users in Japan, especially in metropolitan areas. Accidents and traffic rule violations, such as riding under the influence of alcohol, have been rising in line with their growth in popularity.

Parliament amended the road traffic law in April last year to effect the rule change. Police will enforce the new rules strictly while working to inform the public of the changes.

Electric scooters that come under the new rules must measure 190 centimeters or less in length and 60 cm or less in width. They may also be used on sidewalks as long as their maximum speed is set to 6 kph or less, similar to electric wheelchairs.

Previously, electric scooters were classified the same as mopeds under 50 cubic centermeters in engine displacement, requiring riders to hold a driver's license, wear a helmet and have the vehicle registered with a license plate. Those which comply with the new regulation will now be classified as designated motorized bicycles.

The new rules also call for e-scooters to be equipped with green lights at the front and back, which must be illuminated while driving on roads and bicycle lanes and must flash while on sidewalks.

Traffic tickets will be issued to or fines imposed on riders who violate traffic laws. Those who repeatedly run red lights or drive in unauthorized areas will be required to sit for lectures.

Electric scooters that have already been in use or on the market and satisfy standards other than the installation of green lights can continue to be used until December 2024, but they must bear a special license plate. Such vehicles still cannot be used on sidewalks.

Other electric scooters that do not meet the standards are treated as moped, which require riders to have a license and wear a helmet.