Every week in community centers and other public spaces across Japan, thousands of volunteers work alongside a much smaller number of professional teachers to help foreign residents learn the country's language through low-cost "Japanese classroom" initiatives.

Receiving government support, the classrooms are the only ones that many foreigners will enter to improve their Japanese skills once they arrive, meaning that they play a key role in helping the acclimatization process.

But as Japan sees its foreign population rise again after the hit from the pandemic, is it fair to rely on the goodwill of volunteers -- many in their 50s and older and who outnumber trained teachers more than three to one -- to provide a lifeline to so many people new to the country? 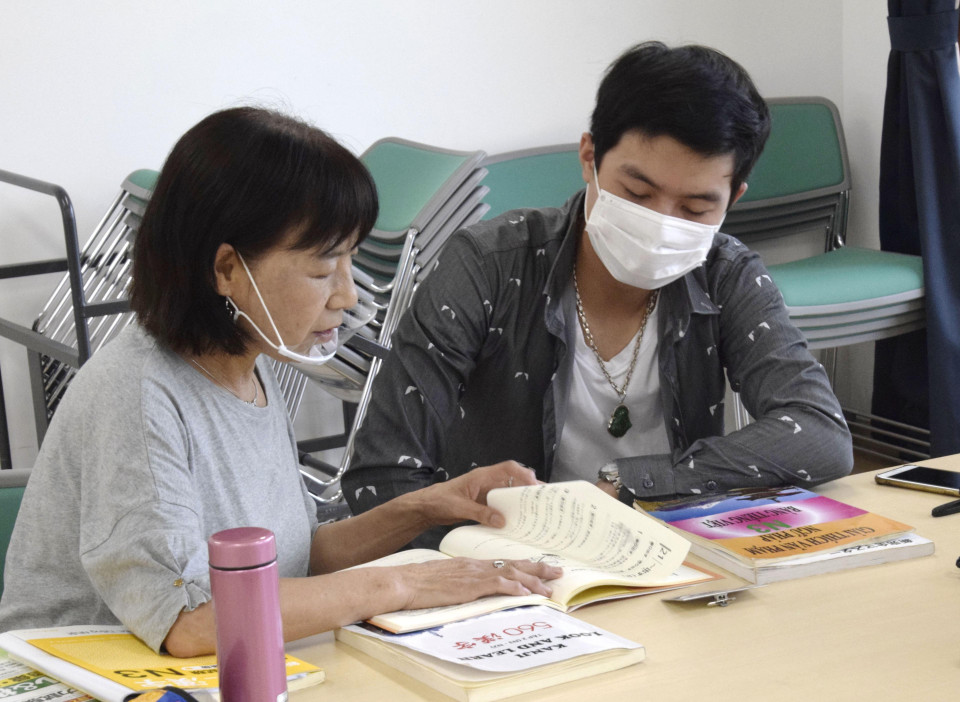 Reiko Hayashikawa, representative of the Tokyo Nihongo Volunteer Network and a committed volunteer for 40 years, says there are limits to what untrained individuals alone can do.

While the government lists the classes in its annual survey of locations where Japanese is taught domestically, she argues that the initiative's "Japanese classroom" moniker is a "mistake" that misrepresents what takes place.

"Volunteers are not teachers...What we most need, especially in areas where there are few Japanese schools, is for local governments to take responsibility for absolute beginners," Hayashikawa said.

There is "no guarantee qualified teachers will be at volunteer classes, which forces volunteers to take teachers' roles or leads some groups to conclude they can't take on people needing the most help," she added.

She, and others, including participants, point out that in practice, the classes are often less concerned with formal language education than with offering a space for foreigners to meet local people and discuss their concerns. What is learned is sometimes limited to the most essential vocabulary and phrases needed for daily life, or closer to free-flowing conversation than a lesson.

Yuka Ito, who coordinates Japanese language initiatives for the Tokyo area at Tokyo Metropolitan Foundation Tsunagari, including running an online directory of classrooms, stressed the pastoral benefits of the initiatives.

"They're also for people worried about what they should be buying when shopping day to day, when looking after their children, when they want to speak to someone. Going to your local government office to ask questions can be a difficult hurdle for many people."

According to Immigration Services Agency of Japan data, the number of foreigners in Japan rose from some 2.76 million at the end of 2021 to around 2.96 million as of June 2022, meaning demand for language education is likely to increase.

Local Japanese classrooms are a significant part of the domestic language-learning ecosystem, with the Agency for Cultural Affairs estimating that in 2021 there were around 1,350 of them operating with some 23,700 teachers, of whom about 18,750 are volunteers.

About 48,000 learners attend, representing some 39 percent of all individuals in some form of Japanese education domestically, according to the 2021 survey. Before the coronavirus pandemic, there were an estimated 98,000 learners in Japanese classrooms, and around 24,400 volunteers.

There are believed to be some 300 active classrooms in Tokyo alone, which are often free or just 100 yen ($0.75) per session. Tuition for a year of full-time study at many of the capital's language schools, meanwhile, typically costs between 700,000 and 1 million yen per year.

The government encourages the classrooms' existence, and under the law to promote Japanese language education enacted in 2019, the cultural agency dispatches advisers and takes other measures to promote their creation.

Still, as of 2021, around 46 percent of municipalities, with about 178,400 foreign residents, did not offer the classes at all. Even in Tokyo, where around 2,650 volunteers teach Japanese, classrooms face volunteer shortages. 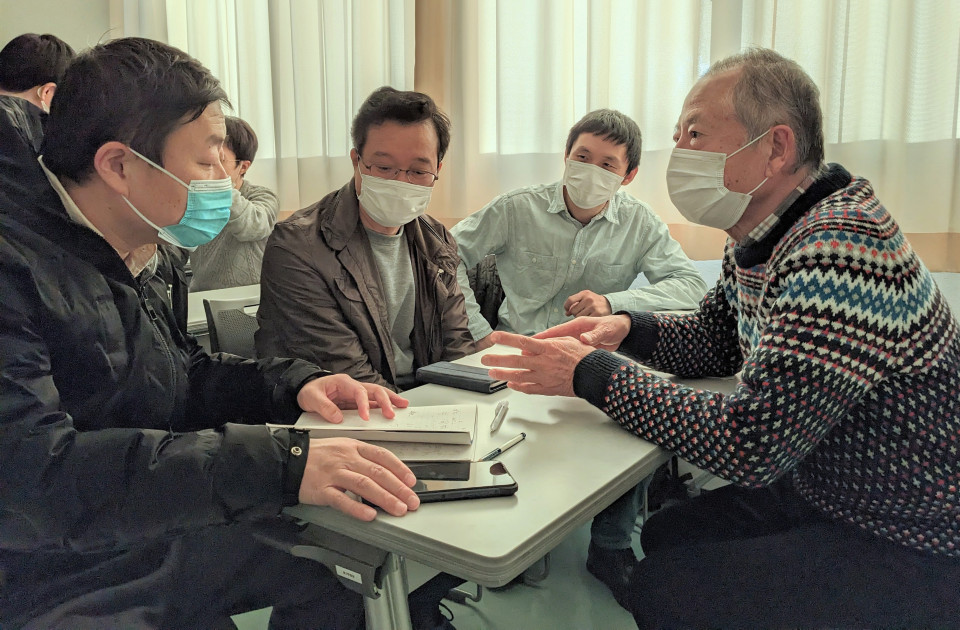 Haruo Fukushima, a volunteer and the 94-year-old head of Group Domenica, a Japanese classroom held on Sunday afternoons in Tokyo's Adachi Ward -- where around 5 percent of residents are foreign nationals -- said that with many of the group's volunteers now in their 60s or older, it is struggling to find new people to meet rising demand.

"We've tried recruiting even at local universities to get young people, but I think for them it's hard to ask them to work for free. To help people who are beginners, we prefer one-on-one lessons, but the way it is now, single volunteers can end up teaching as many as five people at once."

Among the regular attendees is 36-year-old Chinese IT worker Zhang Tianwang, who described the group as "invaluable" to him. "At work, I hardly get to speak Japanese with my colleagues, so I try to come here every time."

Some students, however, can find the presence of eager nonprofessionals limiting. Katelind Ikuma, an American living in Tokyo who attended multiple classes before turning to paid lessons, called the classes "hit and miss," adding, "A lot of the teachers, when they found out I spoke English, they wanted to practice English rather than speak Japanese."

Miyako Semba, a part-time language teacher who also runs four volunteer classrooms for the international association in Hitachinaka, Ibaraki Prefecture said the involvement of volunteers is "unavoidable" under the current pressures, but that she would prefer they did not do actual teaching work.

"Regional education coordinators who set the curriculum and actual Japanese teachers need to work alongside volunteers. For me, an ideal local classroom is one where volunteers do not teach, but give people an insight into what life here is like," she said.

The cultural agency's November 2022 report on the state of local education also states volunteers' roles need defining in relation to professionals and experts.

"To avoid an excessive burden on people without language teaching expertise, it must be made clear that supporters are primarily there to work with coordinators and teachers to help and encourage learning," it reads.

But Semba stressed the benefits are not limited to those receiving help.

"It's also for volunteers and the community. I'm always being asked, especially by teachers and doctors, to open more classes for them because they worry about being able to communicate with patients and students," she said.