New Year Grand Sumo Tournament winner Takakeisho on Monday spoke of his growing confidence in his yokozuna promotion bid in March in Osaka.

The 26-year-old ozeki fulfilled his duty as the highest-ranked wrestler for the 15-day meet at Tokyo's Ryogoku Kokugikan in the absence of injury-plagued lone grand champion Terunofuji, beating No. 13 maegashira Kotoshoho in Sunday's title decider.

His long-awaited third Emperor's Cup, the first since November 2020, arrived with a 12-3 record, a result Takakeisho had produced three times over 2021 and 2022 but was not enough to win him a championship during that period. 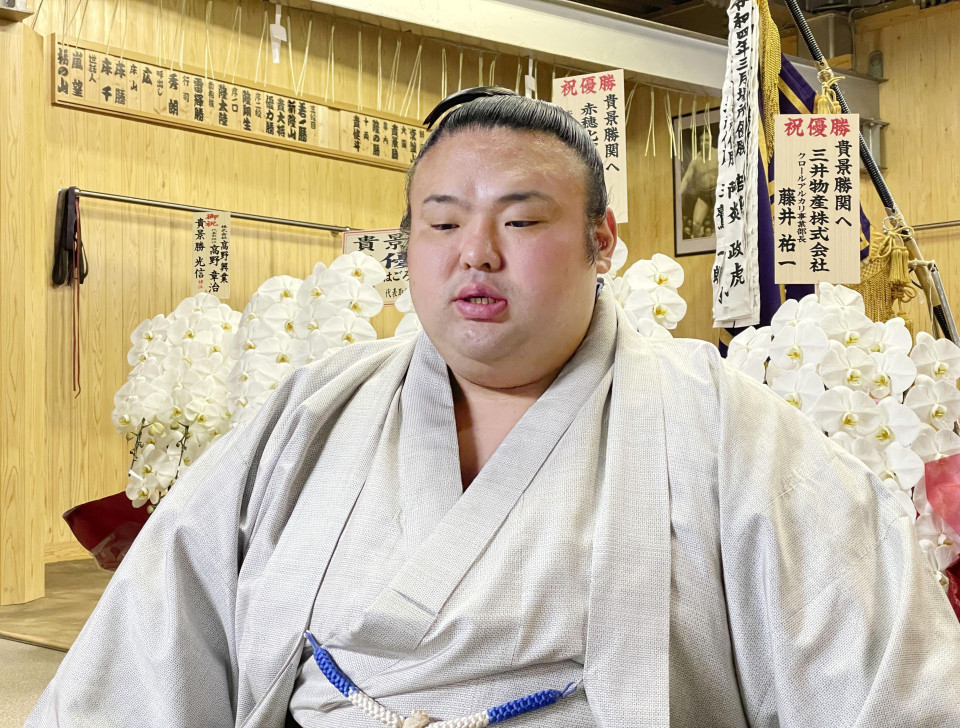 "It was a long journey, but I gained a bit of confidence," Takakeisho said on winning his latest title during an online press conference.

Takakeisho stated he was dealing with his old neck pain toward the end of the meet, but a sense of responsibility pushed himself to the limit.

"I had thought before the tournament (without Terunofuji) that I can't fail," Takakeisho said. "I forgot about the pain once I got on to the raised ring. I was determined to go for the title even after suffering three defeats."

Born in Hyogo Prefecture next to Osaka, the Spring Grand Sumo Tournament beginning March 12 will be a "home" tournament for him, and the ozeki is hopeful of continuing his good record there.

"It is my dream," Takakeisho said of a potential promotion to yokozuna. "Osaka was the place I clinched promotion to (second-tier) juryo as well as ozeki. I'll do my best to have another good experience."