Japan's Nasa Hataoka finished fifth in the LPGA season-opening Tournament of Champions after shooting a 2-over-par 74 in Sunday's final round.

Starting the day three strokes off the lead and in a tie for second, Hataoka's bid for a seventh LPGA tour title fell short when she carded one birdie and three bogeys at Orlando's Lake Nona Golf and Country Club for a 9-under 279 total. 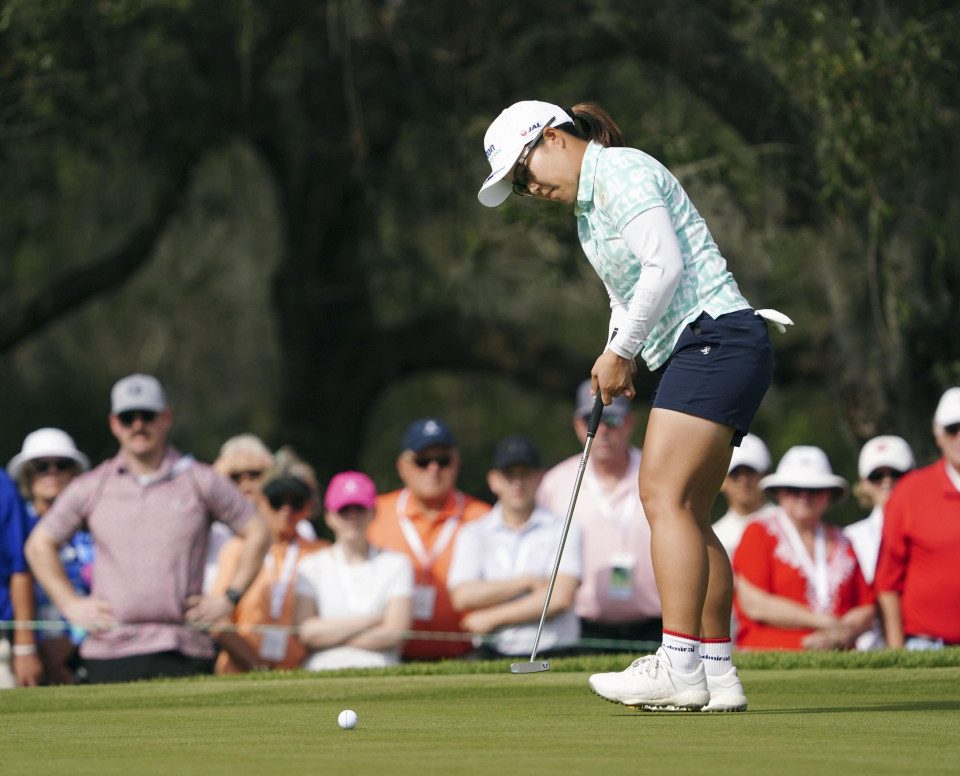 Japan's Nasa Hataoka sinks a par putt on the 8th hole of her final round at the LPGA season-opening Tournament of Champions on Jan. 22, 2023, at Orlando's Lake Nona Golf and Country Club in Florida. (Kyodo)

Canada's Brooke Henderson claimed her 13th tour crown at 16-under with a wire-to-wire win, finishing four strokes ahead of Maja Stark of Sweden and Briton Charley Hull in second. American Nelly Korda was a stroke back in fourth.

Only a 15-minute drive from her base in Florida, Hataoka said she considers the layout her "home course" but struggled with the wind on the final day.

"I was playing in the same final group as the leader Henderson and hoped to get a bit closer to her," said Hataoka, who had her only birdie on No. 9 and two bogeys in her last three holes.

"The wind was strongest out of four days and it was difficult to improve my score...I wanted to win this tournament and make a good start."

Her Japanese compatriot Yuka Saso shot a 70 and ended in a three-way tie for sixth, a stroke behind Hataoka. Ayaka Furue came 18th at 1-under following a final-day 73.

The Tournament of Champions was contested by 29 LPGA title winners from the past two seasons.