U.S. accuses North Korea of providing arms to Russia for war on Ukraine

White House national security spokesman John Kirby said the Treasury Department will designate the Russian company, the Wagner Group, as a "significant transnational criminal organization" and impose additional sanctions on it next week along with its support network on multiple continents. 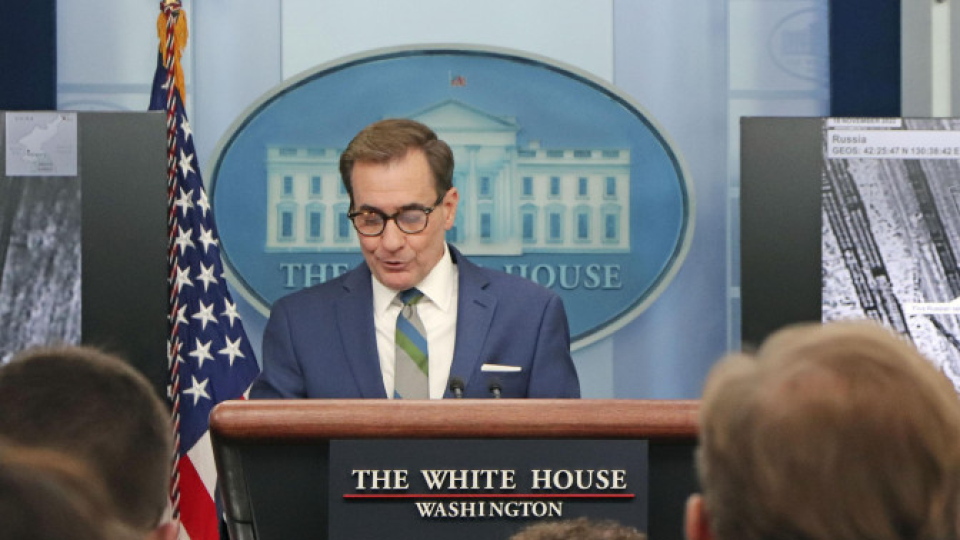 "Wagner is a criminal organization that is committing widespread atrocities and human rights abuses, and we will work relentlessly to identify, disrupt, expose and target those assisting Wagner," Kirby said in a daily briefing.

Kirby said the imagery shows the "initial delivery" of North Korean arms, including infantry rockets and missiles, to Wagner, which the United States believes is deploying about 50,000 personnel in Ukraine.

He said the United States on Friday shared the information with the U.N. Security Council's Sanctions Committee on North Korea, while noting that the amount of weaponry delivered to Wagner has "not changed battlefield dynamics in Ukraine."

The release of the images came after North Korea had denied supporting Russia in fighting the war.

The U.S. government believes that Russian President Vladimir Putin is seeking more help from the private company as the country's military continues to struggle in Ukraine.

Of the 50,000, Washington has assessed that 10,000 are contractors and the rest are convicts recruited from prisons, according to Kirby, who said Wagner's growing influence in the war has made it a "rival power center" to the Russian military and is causing tensions between them.