Japanese forward Soichiro Kozuki scored his first goal in his second appearance for Schalke in the German Bundesliga on Tuesday, while midfielder Wataru Endo also found the net for Stuttgart.

Kozuki scored the home side's only goal in a 6-1 defeat to Leipzig, slotting past the keeper in a one-on-one in the 56th minute, collecting a pass an instant before sprinting past Croatia's Qatar World Cup star defender Josko Gvardiol. 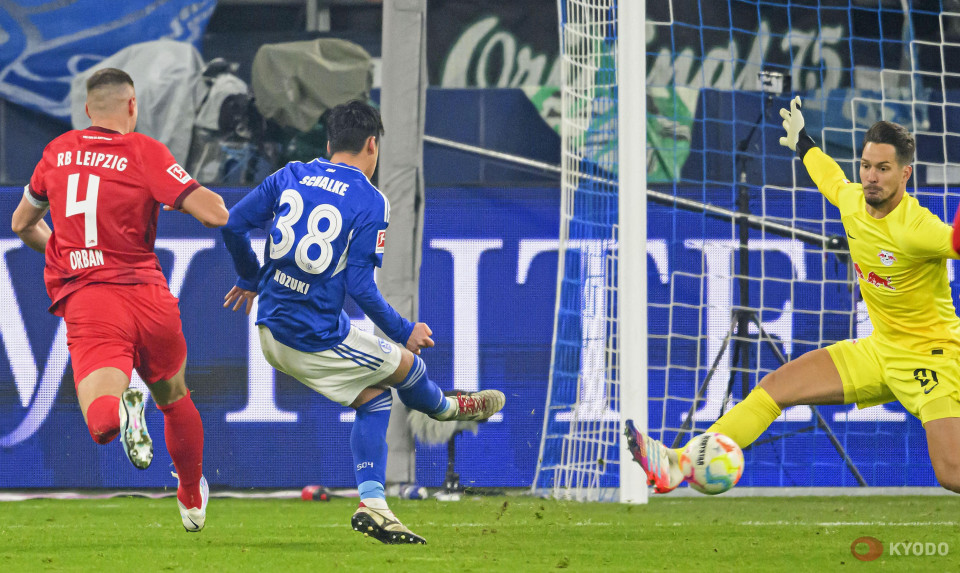 Soichiro Kozuki (38) of Schalke scores a goal during the second half of a German Bundesliga match against Leipzig in Gelsenkirchen, Germany, on Jan. 24, 2023. (Kyodo)

"It's a disappointing result and really frustrating. I'll prepare well for the next game," Kozuki tweeted. 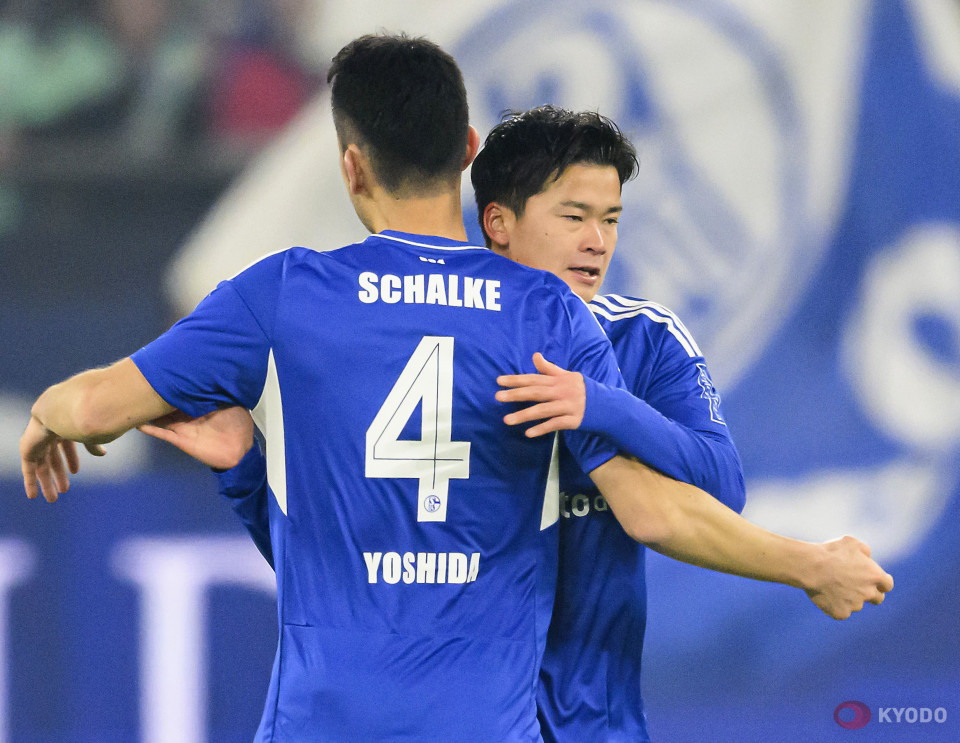 Schalke's Soichiro Kozuki (R) is congratulated by Maya Yoshida after scoring his first Bundesliga goal in their home match against Leipzig on Jan. 24, 2023, in Gelsenkirchen in Germany. (Kyodo)

The 22-year-old Kozuki in 2021 left Kyoto Sanga, who were then in Japan's second division for a team in Germany's fifth division. He earned a contract with Schalke at the end of 2022.

"There's no doubt we need to concede less. We want to discuss our tactics with the manager," said Schalke teammate and Japan captain Maya Yoshida. 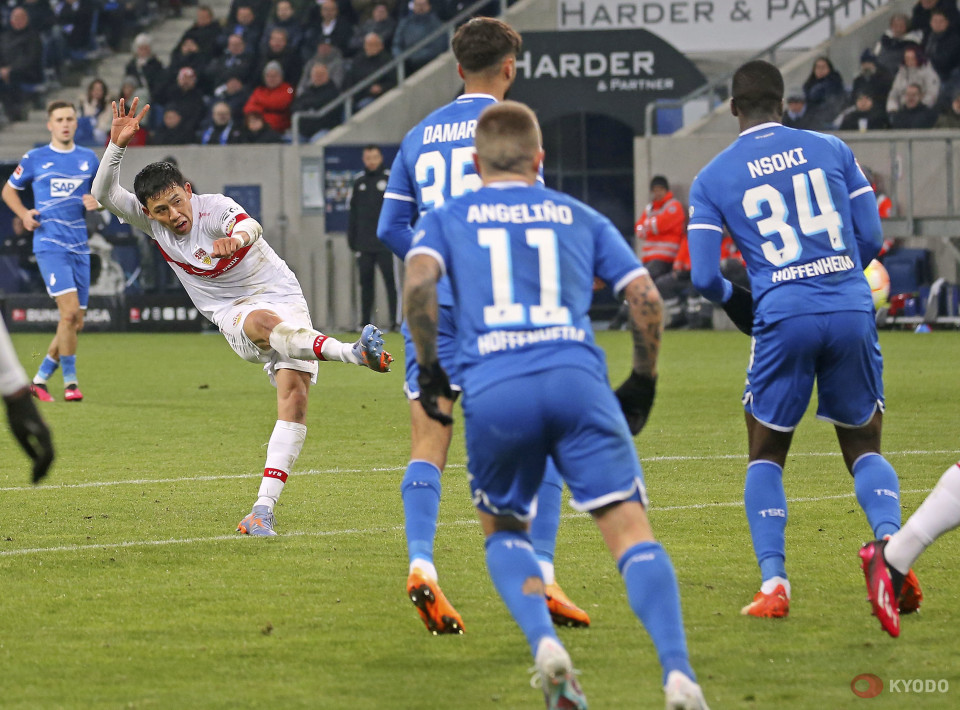 Wataru Endo (L) scores for Stuttgart against Hoffenheim in their German first-division game in Sinsheim, Germany on Jan. 24, 2023. (Kyodo)

Endo scored his third league goal of the season as Stuttgart drew 2-2 to Hoffenheim, curling home a first-time effort from the edge of the box to give the visitors a 2-1 77th-minute lead.

Stuttgart went a man down a minute later, however, and Andrej Kramaric leveled in the 90th minute for the hosts with his second goal of the match.