Newly elected Labour Party leader Chris Hipkins was sworn in as the 41st prime minister of New Zealand on Wednesday, less than a week after Jacinda Ardern announced her shock resignation from the role.

Hipkins, 44, was the sole candidate to replace Ardern as leader of the ruling party, and therefore prime minister, in swift party deliberations that followed Ardern's announcement on Jan. 19 that she would step down as the country's leader and exit parliament in April.

Hipkins was sworn in by New Zealand's Governor General Cindy Kiro in the capital Wellington, alongside new Deputy Prime Minister Carmel Sepuloni. He was also sworn in as minister for national security and intelligence. 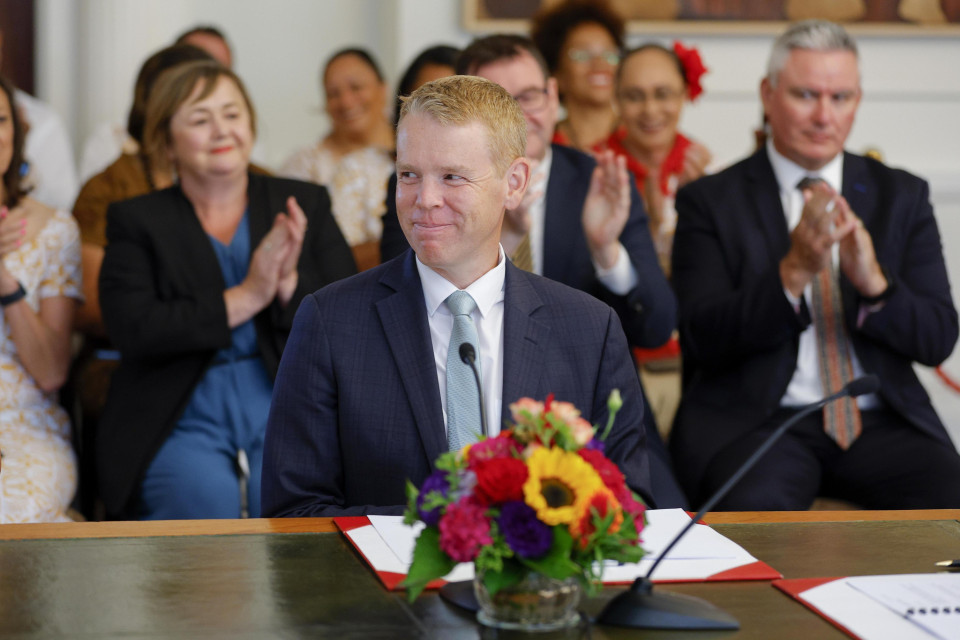 New Zealand Prime Minister Chris Hipkins is sworn in during a ceremony at Government House in Wellington on Jan. 25, 2023. (Getty/Kyodo)

Following the swearing in, Hipkins said he was "energized and excited by the challenges that lie ahead."

An experienced career politician, Hipkins was the leader of the House of Representatives and held the portfolios of education, police and public service.

He has a reputation as the party's "Mr. Fix-it" when it comes to managing difficult portfolios and is well known by New Zealanders for fronting the country's response to the coronavirus pandemic as the minister responsible.

Hipkins is now tasked with winning back voters ahead of a general election in October, with Labour trailing the main opposition National Party in opinion polls due to a number of controversial policies and growing cost-of-living pressures.

After his confirmation as Labour Party leader on Sunday, Hipkins signaled that some projects would be reined in under his government, acknowledging public discontent over some controversial policies put forward by the government under Ardern.

Instead he has vowed to focus on "bread and butter issues" and middle- and low-income New Zealanders, amid what he termed a "pandemic of inflation" across the globe.