Presumed mastermind of Japan burglaries may be in Philippines: source

The presumed mastermind of a spate of burglaries that occurred across Japan since last year may be in the Philippines, an investigative source said Wednesday.

The person is believed to have instructed online groups to carry out the robberies, including one incident that resulted in the suspected murder of 90-year-old Kinuyo Oshio, whose body was found at her home in the suburban Tokyo city of Komae on Thursday. 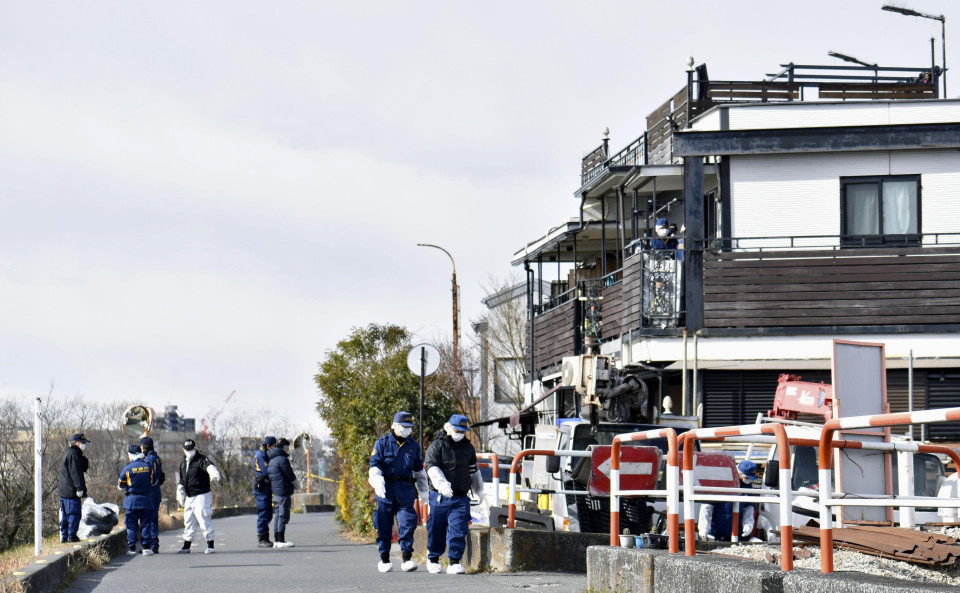 Police officers investigate the scene of a suspected robbery-murder incident in the suburban Tokyo city of Komae on Jan. 25, 2023. (Kyodo)

The figure appears to refer to themselves as "Luffy" on social media and is also believed to be responsible for recruiting people into the robbery ring, the source said.

In addition to investigating those who carried out the robberies, Tokyo metropolitan police are also looking into the chain of command for the incidents, which have occurred across the Kanto region in eastern Japan, as well as in Hiroshima and Yamaguchi Prefectures in the country's west.

Saturday, suspected group member Rikuto Nagata was arrested for his alleged involvement in a December robbery of a residence in Tokyo's Nakano Ward.

Nagata, 21, was found to have messages on his phone pertaining to the incident in Komae from the presumed mastermind using the encrypted messaging app Telegram.

Police on Friday responded to reports of a suspicious vehicle in Tokyo's Adachi Ward and found a rental car with the same license plate as one seen fleeing the vicinity of Oshio's home. Police arrested Nagata, who was near the scene, the following day.

In addition to the mention of "Komae" found in messages on a smartphone inside the rental car, several Adachi Ward addresses were referenced, suggesting that group members in the area were planning other attacks.

A luxury brand watch, thought to have been stolen from Oshio's home, was also found in the car.

Robbers of east Japan homes suspected of striking other areas