Japan has made a significant turnaround in its nuclear power policy amid concerns about a stable power supply because Russia's invasion of Ukraine has caused commodity market disruptions and spiked energy prices.

With the 2011 nuclear disaster in northeastern Japan propelling the government to reduce its dependence on nuclear power, lawmakers and officials opted not to build new reactors in light of safety concerns among the public and falling costs for renewable energy. 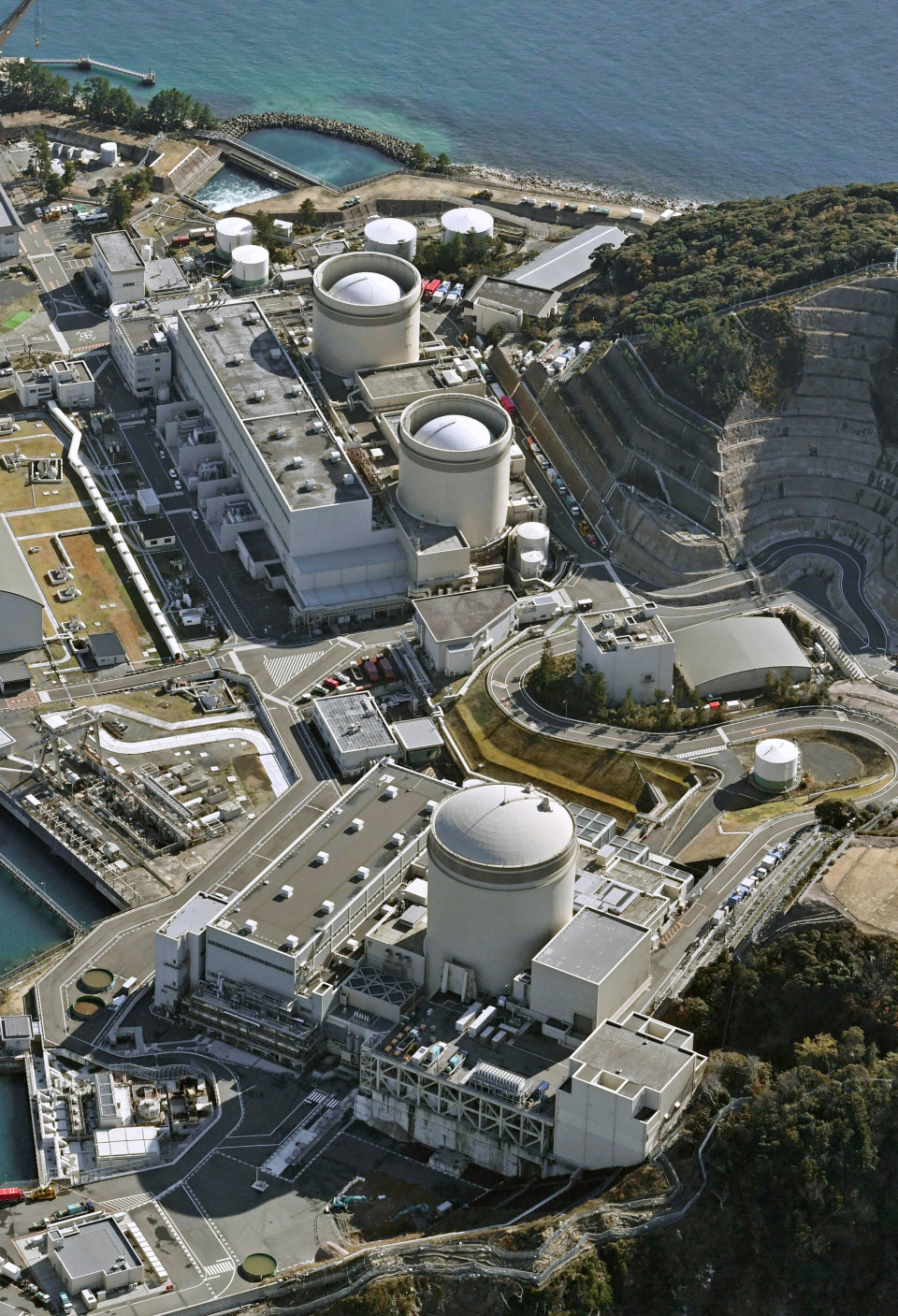 But lessons learned from the disaster centering on a Fukushima nuclear power plant have apparently been overshadowed by soaring prices for essential goods driven by the Ukraine crisis and the recovery from the coronavirus pandemic-hit world economy.

Japan is not alone in shifting its nuclear power policy amid the global energy crisis sparked by the Russian offensive against its neighbor, which started in late February.

Germany, a pioneer in the introduction of renewable energy, has decided to temporarily halt the phasing out of nuclear power in an effort to shore up energy security.

Kishida took the action despite criticism that he has failed to take into account voices of opposition among the public.

Hajime Matsukubo, secretary general of the Citizen's Nuclear Information Center in Tokyo, said the determination process was "too hasty" and without sufficient public consultation.

That compared with 36 percent who said the pursuit of renewable energy including solar power is a way to avoid a power crunch.

After narrowly avoiding a massive power outage in eastern Japan earlier this year, Kishida decided to steer the country toward utilizing nuclear power as much as possible.

The Ukraine crisis has drastically changed the global energy landscape including the role of fossil fuels, which contribute to global warming and are now a source of energy security concerns.

"We have to accelerate the trend of decarbonization, and that's the biggest lesson learned (energy-wise) from the Ukraine crisis," said Takeo Kikkawa, an International University of Japan professor who specializes in the energy sector.

"It would be impossible for Japan, a resource-poor country, to immediately halt nuclear plants. But Japan should gradually lower its dependence on nuclear power by replacing old reactors with new ones with lower risks," Kikkawa said in a recent television debate.

Kenta Izumi, leader of the main opposition Constitutional Democratic Party of Japan, criticized the nuclear power policy shift, saying the government is not making sufficient efforts to increase the use of renewable energy.

The CDPJ, which aims to raise the proportion of renewables in power generation to 50 percent in 2030, has told the government that initiatives such as the accelerated introduction of renewable energy and the improvement of transmission lines will be enough to ensure stable power supply.

The party's target exceeds the government's plan to increase the proportion of renewable sources to 36 to 38 percent of total power generation in fiscal 2030 from 20 percent in fiscal 2020.

The government also plans to raise the proportion of nuclear power to 20 to 22 percent from 3.9 percent as it aims to achieve carbon neutrality by 2050.

Industry minister Yasutoshi Nishimura has defended the prime minister, saying that besides ensuring energy security, addressing climate change is another factor for the policy shift.

Nuclear power does not emit carbon dioxide and other types of greenhouse gases responsible for the warming of the Earth.

Dismissing criticism that opposing views were ignored in the policy turnaround, Nishimura said the Ministry of Economy, Trade and Industry's expert panel meetings are open to the public online.

"We would like to collect views from the public so we can study various options," he said at a news conference Friday, hinting the government may review the policy in the future.