The film, which will be premiered on July 14, is the first new Miyazaki feature-length film in 10 years. His last release was "Kaze Tachinu" (The Wind Rises) in 2013. 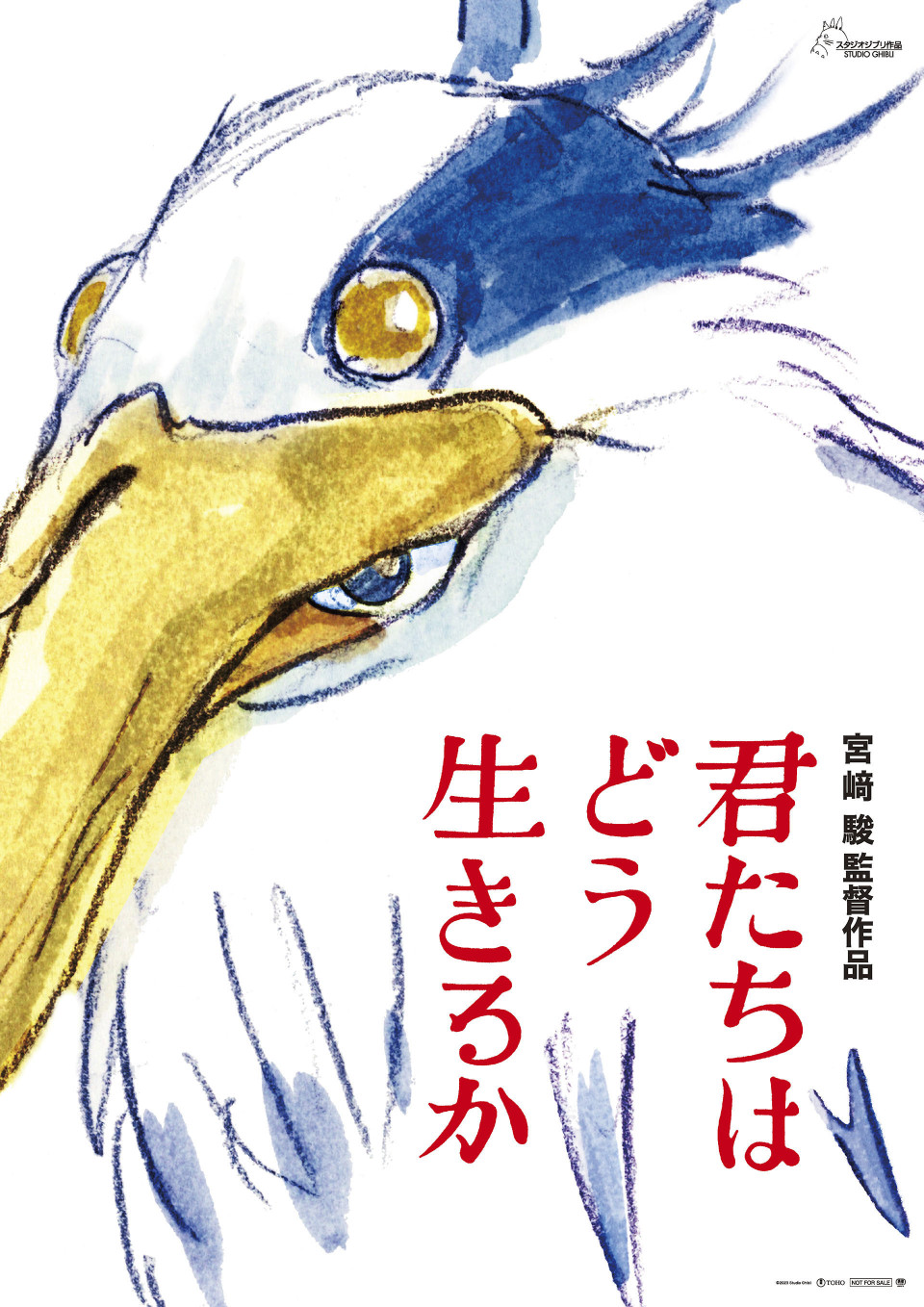 Supplied image shows a poster for the movie "Kimitachi wa Do Ikiru ka" (How do you live?). (Copyright 2023 Studio Ghibli)(Kyodo)

The film takes its title from a 1937 bestseller book written by Genzaburo Yoshino, an editor and writer of children's literature, but the upcoming adventure-action and fantasy work will feature an original storyline, according to Studio Ghibli Inc.

A poster for the movie was released Tuesday, depicting a bird with white and blue feathers drawn by Miyazaki, who will also be writing the screenplay.

"After talking with Producer Toshio Suzuki, I have a feeling that it will be a youthful fantasy story," said Minami Ichikawa, Toho director and senior managing executive officer, at a press conference.

Miyazaki's works are popular both in Japan and overseas. His fantasy movie "Spirited Away" won the prestigious Berlin International Film Festival Golden Bear award in 2002 and the American Academy Award for Animated Feature Film in 2003.

His other major works include the 1988 classic hit "My Neighbor Totoro," "Princess Mononoke" in 1997 and "Nausicaa of the Valley of the Wind" in 1984.

Miyazaki's animated films are known for their critical views of modern civilization and a sense of awe toward nature.

The legendary Japanese animator announced in 2013 he was going to retire, citing difficulties in making films due to his age. But he eventually came out of retirement in 2017 to work on "Kimitachi wa Do Ikiru ka."

Japan's Yamawaki, illustrator of work picked up by Ghibli, dies at 80