Russia's invasion of Ukraine has heightened security alert levels in Europe, with Moscow's nuclear rhetoric serving as a key factor in prompting Finland to apply to join NATO, the country's Foreign Minister Pekka Haavisto has said.

Russia's invasion meant "security realities in Europe have changed," Haavisto said in a recent interview with Kyodo News on the sidelines of a foreign ministerial meeting of the Organization for Security and Cooperation in Europe held in Lodz, Poland. 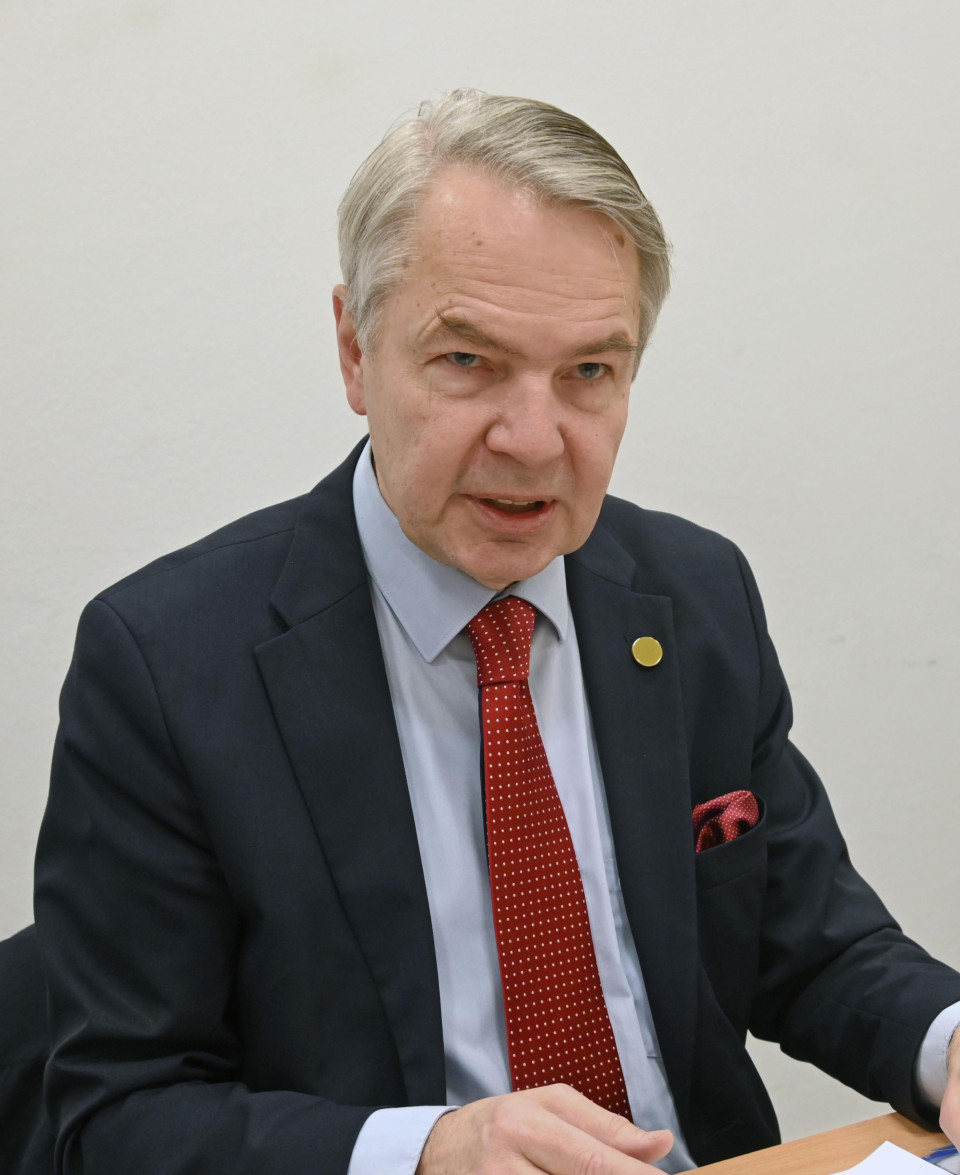 Moscow's nuclear threats had left Finland, which shares an around 1,300 kilometer-long border with Russia, reflecting on how to respond and from where to gain support if subjected to such rhetoric, the minister said.

Those concerns were among the reasons that prompted Finland to make a historic change to its security policy and apply to the North Atlantic Treaty Organization, Haavisto said. Finland had remained neutral since losing some of its territory to the Soviet Union during World War II.

Following Russia's invasion of Ukraine in February, Finland and Sweden both submitted applications for NATO membership in May. The process requires ratification by all 30 members of the alliance, with Hungary and Turkey the only two nations yet to do so.

The Finnish foreign minister said Hungary had advised that it would give approval in early February and he was "very hopeful that during the spring everything will be settled," including Turkey's ratification.

Recent attacks on Ukraine's electricity infrastructure were "very cruel" and had deprived ordinary people of heating, lighting and working sewage systems, demonstrating that Russia is waging a "total war" against civilians in Ukraine, Haavisto said.

"The war was more popular when you don't have to send your close relatives or your brothers or your sons to the front," he said.

Following Russian President Vladimir Putin's decree in September for a partial mobilization of those with military experience, Haavisto said his country witnessed a "phenomenon" in which around 40,000 people left Russia through Finland in a matter of weeks. The influx, he said, had led to restrictions on tourist visas for Russians.

The country's top diplomat also reiterated the importance of nuclear safety even in war and said a serious accident at the Russian-controlled Zaporizhzhia nuclear power plant in southern Ukraine would be "one of the worst scenarios that can happen."