The "Atto 3" sport utility vehicle will retail for 4.4 million yen ($32,600) from Jan. 31, BYD Japan Co. said, with deliveries of the vehicles expected to begin around March. The firm says it will progressively roll out sales bases for the cars across the country starting late January. 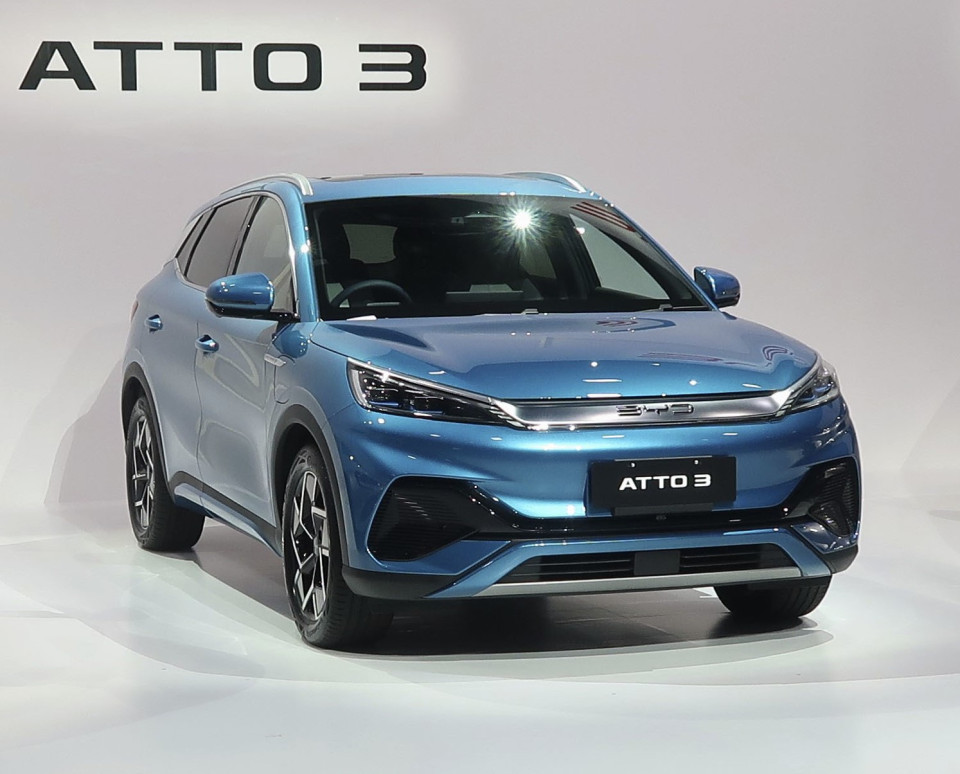 The Atto 3 is already available in markets including China and Australia. As of the end of October, around 140,000 units worldwide have been sold since first going on sale in China in February.

The car can travel 485 kilometers on a single charge, according to BYD Japan, who also said the vehicle's low center of gravity has allowed them to create a car with a more spacious interior.

"Even when compared to other electric vehicles of a similar class, this is a very competitive product," a senior official at the Japanese arm said at its Monday unveiling.

According to automobile industry market research firm MarkLines Co., BYD is second only to American electric car maker Tesla Inc. when it comes to total electric vehicle units sold, with around 660,000 vehicles sold in major markets.

BYD gained a foothold in Japan through EV buses, which it first supplied to the country in 2015. The firm occupies over 70 percent of domestic demand as of October.