Japan on Monday lifted its ban on automated drone flights over residential areas to allow aerial parcel deliveries and help address the country's labor shortages amid an aging population across the country, particularly in rural areas.

Unattended drone flights were previously only allowed over uninhabited areas, such as mountains, rivers and farmlands in so-called level-three operations under the four-tier classification system. 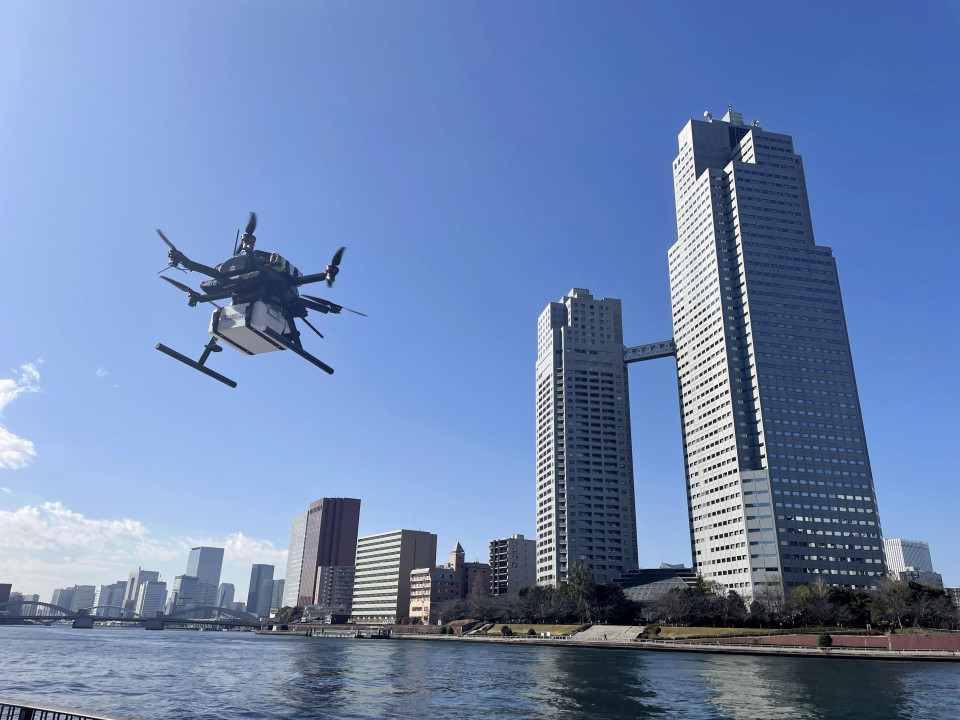 While some logistics services firms have already started deliveries with level-three drone operations, flights through residential areas, made possible by a revision of the Civil Aeronautics Law, are hoped to help the country address the serious shortage of delivery truck drivers and difficulties in accessing retail stores in rural areas.

"We no longer have to avoid traveling over people's homes, so our delivery efficiency will improve," said an official at major logistics firm Seino Holdings Co., which has been delivering food and other daily products using aerial drones in remote areas of Hokkaido, Yamanashi and Fukui prefectures.

In addition to expanding commercial delivery services, drones can help transport emergency supplies to areas affected by disasters by providing medicines for hospitals and food for high-rise apartment residents.

To ensure safe flights over houses, the government requires level-four drone flight operators obtain a license issued under a newly launched system and have their drones inspected and approved by the government or certified institutions.

Drone pilots must renew their licenses every three years by taking written and skills tests. Those who complete courses held at state-designated institutions will be exempt from a skills test.

For mass-produced drone models, safety approval is given to each model once clearing a government inspection of product design and manufacturing processes.

The government requires drones used for level-four flights to undergo a flight test every year.

Their flight schedules and courses must be submitted to the government, and operators must create internal guidelines on how to deal with operational risks and report accidents. Serious accidents will be investigated by the Japan Transport Safety Board.

With drone delivery services still in their infancy, concerns remain about operating drones over residential areas, including privacy infringement with cameras on drones.

While the government says landowners' agreement to drone flights over their properties is not always necessary, TrueBizon Ltd. in southwestern Japan provides services to avoid troubles involving aerial drone operators.

The Fukuoka-based company pairs up drone operators and landowners, with landowners receiving payment if they agree to drone flights over their land and compensated in case of accidents.

"Without residents' agreement, there is a high chance of trouble," said Mamoru Masumoto who heads the company.