Chinese President Xi Jinping on Saturday urged the country's people to pull through as Beijing has "entered a new phase of COVID response," with infections rapidly spreading across the nation following a major easing of the strict antivirus measures earlier this month.

"Everyone is holding on with great fortitude, and the light of hope is right in front of us," Xi said in his televised speech on New Year's Eve. 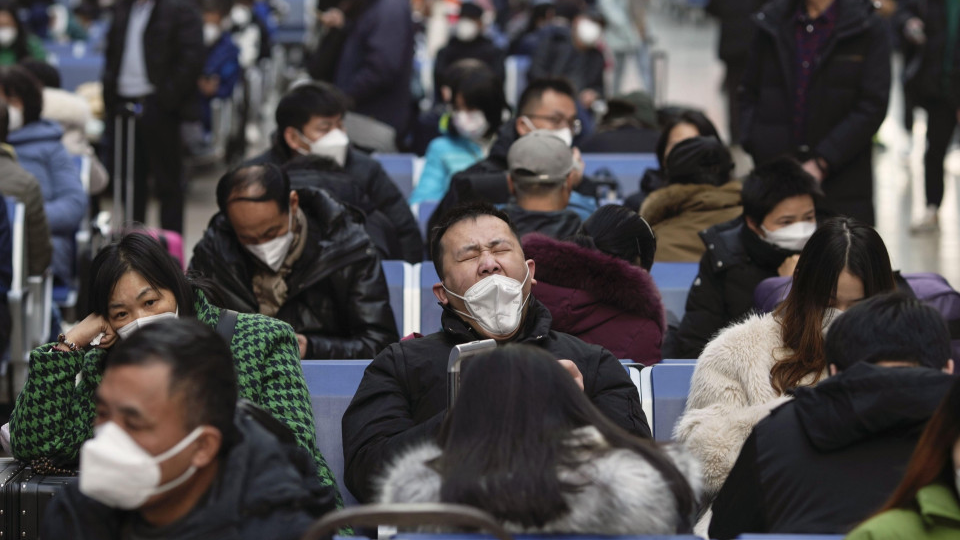 People wearing face masks sit on benches at a station in Beijing on Dec. 31, 2022, amid the spread of coronavirus infections. (Kyodo) ==Kyodo

The Chinese leader appreciated the efforts of front-line workers such as medical professionals and acknowledged that it has "not been an easy journey" for anyone.

Xi also said the people on both sides of the Taiwan Strait are members of the same family and expressed hope that they will work together "with a unity of purpose to jointly foster" lasting prosperity of the Chinese nation.

China and Taiwan have been governed separately since they split in 1949 as the result of a civil war. Beijing has regarded the self-ruled democratic island as a renegade province to be unified with the mainland, by force if necessary.

The president also called on the country's youth to "step forward and take on their responsibilities" for China to develop further.

As China is a big country, Xi said it is only natural for different people to have different concerns or hold different views on the same issue. "What matters is that we build consensus through communication and consultation," he said.

In late November, rare protests against China's stringent "zero-COVID" policy involving lockdowns erupted across the nation, with many young people participating in them. Some called for Xi to step down in the demonstrations.

"When the 1.4 billion Chinese work with one heart and one mind, and stand in unity with a strong will, no task will be impossible and no difficulty insurmountable," Xi said.