Newly acquired New York Mets right-hander Kodai Senga said Monday he has yet to determine whether he will play for Japan at the upcoming World Baseball Classic.

The former SoftBank Hawks ace, who has inked a five-year deal with the Mets, said his participation in the March 8-21 tournament would most likely be limited in any case because it overlaps with MLB spring training. 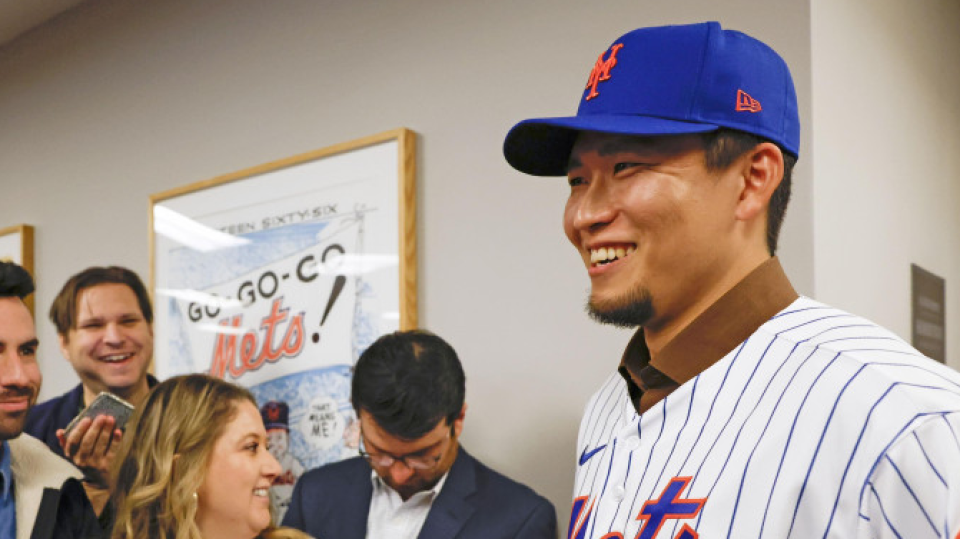 A gold medalist with Japan at last year's Tokyo Olympics, Senga said he wanted to contribute to the WBC campaign but was also concerned about pushing out other players with his late arrival.

Speaking at his introductory press conference for the Mets, the 29-year-old said he had been in contact with Samurai Japan skipper Hideki Kuriyama and expressed his willingness to join the squad if required.

"I said, if I'm still needed, please call me," said Senga, relaying his conversation with Kuriyama.

Major league stars Shohei Ohtani, Yu Darvish and Seiya Suzuki have agreed to play for Japan at the WBC, which will involve 20 teams initially divided into four pools.

Darvish was a member of Japan's second WBC championship team in 2009, while Ohtani has never taken part, having missed the previous edition in 2017 because of an ankle injury.

Suzuki would be making his second straight appearance after playing in the 2017 tournament, where Japan was eliminated in the semifinals.

Japan, which will host Pool B games along with the quarterfinals in Tokyo, is aiming to win an unprecedented third WBC crown at the tournament, whose semifinals and final will take place in Miami.