Japan and five Central Asian nations affirmed on Saturday the importance of the rules-based international order, as concerns are growing that the order could be undermined amid Russia's invasion of Ukraine and China's intensifying military activities in the Indo-Pacific region.

Foreign Minister Yoshimasa Hayashi and his counterparts from Kazakhstan, Kyrgyzstan, Tajikistan, Turkmenistan and Uzbekistan, also confirmed they remain committed to the principles of international law such as a prohibition on the threat or use of force, according to a joint statement issued after their meeting in Tokyo. 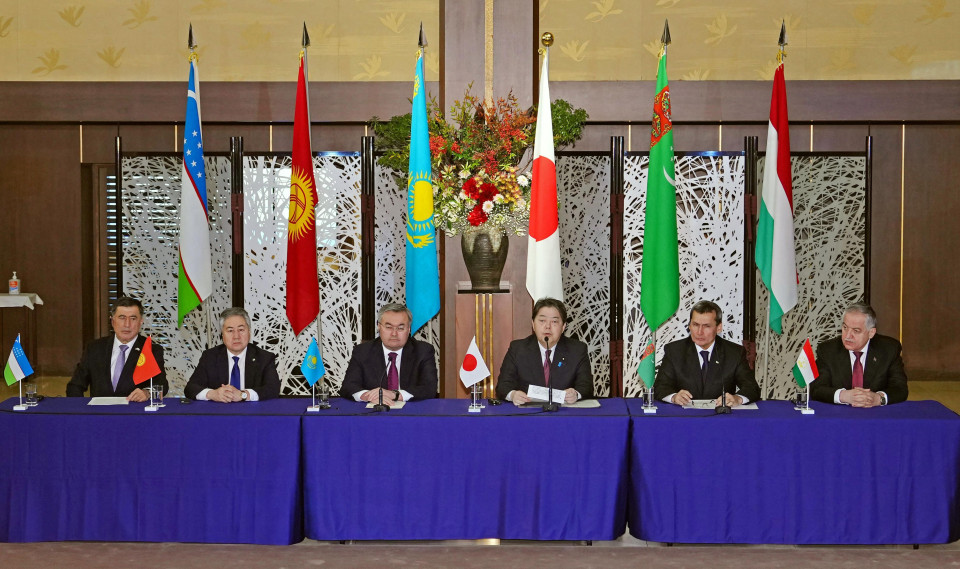 Tokyo has been trying to enhance economic ties with countries in Central Asia in an apparent effort to counter the increasing influence of China, which continues to invest in large-scale infrastructure projects in the region through its "Belt and Road" initiative.

Hayashi told a press conference after the talks that the ministers discussed transporting energy supplies through the Caspian Sea from Central Asia as an alternative to existing routes, given the disruption caused by Russia's war with Ukraine.

The six foreign ministers also pledged to address challenges in economic security such as "economic coercion," in a veiled criticism of China's practice of trade sanctions on countries with which its ties have deteriorated.

Since the launch of the "Central Asia plus Japan" foreign ministerial dialogue for regional development in 2004, Japan has beefed up economic relations with the five states.

This year marked the 30th anniversary of the establishment of diplomatic ties between Japan and each of the Central Asian countries following their independence from the former Soviet Union.

Other major powers such as the United States, China, India and Russia followed Japan and have similar Central Asia dialogue frameworks.