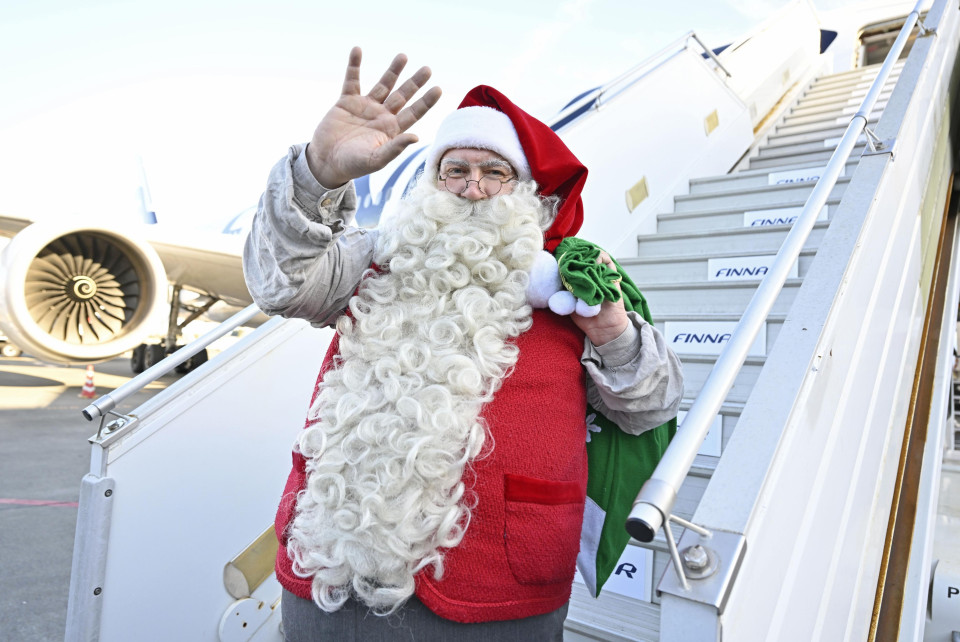 Santa Claus arrives at Narita airport in Chiba Prefecture, near Tokyo, from Finland on Dec. 2, 2022, as part of a promotional campaign by the northern European country's airline Finnair. (Kyodo) ==Kyodo

TOKYO - Japan is considering expanding an Okinawa-based ground force unit to defend remote southwestern islands and prepare for a contingency involving Taiwan in the face of China's increasing assertiveness, a government source close to the matter said Saturday.

In a move that could further heighten tensions with China, the Defense Ministry plans to increase the number of infantry regiments under the Ground Self-Defense Force's 15th brigade to two, as well as upgrade its highest rank from major general to general, the source said.

TOKYO - Prime Minister Fumio Kishida on Saturday pledged to promote the economic independence of women as a core pillar of his "new form of capitalism" policy, saying Japan will step up efforts to advance gender equality and women's empowerment in cooperation with the international community.

In a speech at an international conference in Tokyo, Kishida cited measures his government is taking, including urging major Japanese companies to address wage gaps between men and women and setting up a system to encourage men to take paternity leave.

TOKYO - Three men have been detained in Britain over their alleged involvement in a 2015 robbery that netted over 100 million yen ($742,000) worth of jewelry from a luxury shop in central Tokyo, an investigative source said Saturday.

The source said whether the three will be transferred to Japan is being determined by a court in Britain, which does not have an extradition treaty with Tokyo.

WASHINGTON - The Group of Seven advanced economies on Friday decided to set a cap on the price of Russian crude oil at $60 per barrel, ending months of talks over the new measure intended to hit Moscow's major source of revenues as the war against Ukraine drags on.

The price limit on seaborne Russian oil will enter into force on Monday or soon thereafter among the "Price Cap Coalition" formed by Australia and G-7 members such as Britain, Japan, the United States and the European Union.

HONG KONG - Despite an unprecedented show of civil disobedience in mainland China over its stringent "zero-COVID" measures, people in Hong Kong have so far demonstrated a notable lack of sympathy and support toward the situation across the border.

Over the past week, Hong Kong has seen a series of small-scale solidarity protests at local universities and on the streets, with individuals lighting candles and holding white placards in support of the demonstrations across China.