Taiwan has called on Japan to promote bilateral "security cooperation," with fears growing about China's increasing military assertiveness in nearby waters, saying Taipei and Tokyo share a "single fate."

Taiwan and Japan have no diplomatic relations but should take security measures while "facing reality," Hsieh Chang-ting, representative of the Taipei Economic and Cultural Representative Office in Japan, said in a recent interview with Kyodo News. 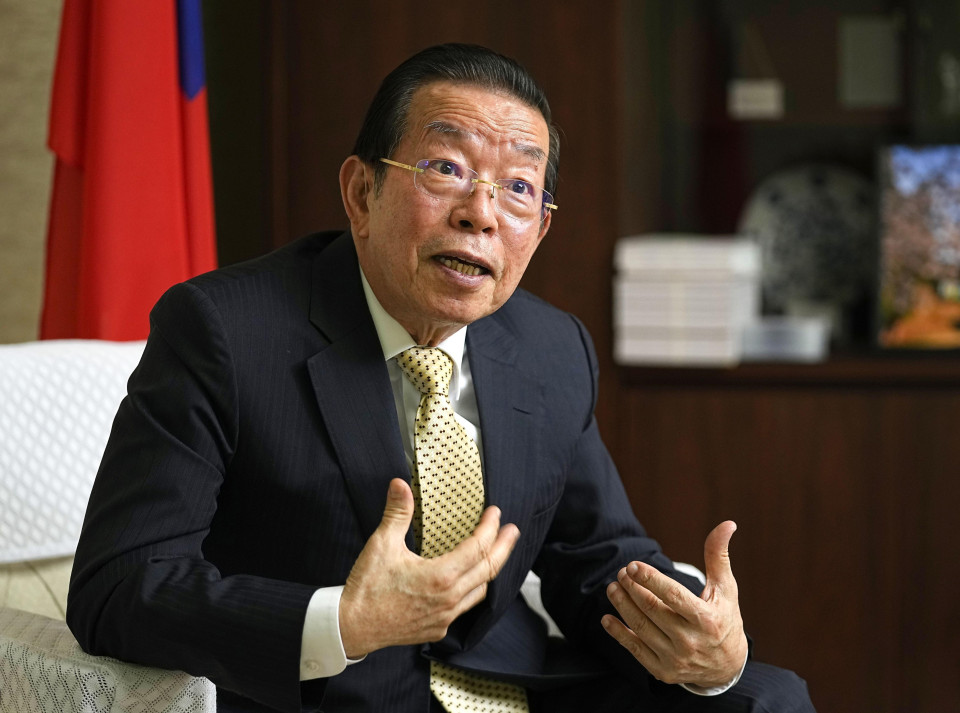 Hsieh Chang-ting, representative of the Taipei Economic and Cultural Representative Office in Japan, speaks in an interview in Tokyo on Dec. 7, 2022. (Kyodo)

In August, Communist-led China conducted large-scale military drills in areas encircling self-ruled democratic Taiwan, which included the firing of ballistic missiles. Some of the missiles fell into Japan's exclusive economic zone east of the island.

The move followed a trip to Taipei by U.S. House of Representatives Speaker Nancy Pelosi, the third-highest-ranking U.S. official, triggering a harsh backlash from the leadership of Chinese President Xi Jinping.

Tokyo cut diplomatic ties with Taipei, establishing them with Beijing in 1972.

Japan has maintained close economic relations with Taiwan, but Tokyo has been reluctant to deepen security cooperation with Taipei in consideration of Beijing, which regards the island as a renegade province to be reunified with the mainland, by force if necessary.

Hsieh said in the interview that the possibility of China attacking Japan prior to Taiwan could not be ruled out as Japan hosts many U.S. bases. He urged Washington and Tokyo to bolster their defense cooperation to deter Beijing's military intentions.

He also expressed eagerness for Taiwan and Japan to share security-related information and strike a deal that would allow Tokyo and Taipei to reciprocally accept injured and displaced people in the event of an emergency.

Some Japanese lawmakers have been trying to forge ties with Taiwan, as former Prime Minister Shinzo Abe, who was fatally shot during an election campaign speech in early July, emphasized relations with Taiwan.

Abe, Japan's longest-serving prime minister, who resigned in 2020, said late last year that any emergency surrounding Taiwan would also be an emergency for Japan and the Japan-U.S. security alliance, irritating China.

In December, two senior lawmakers of the ruling Liberal Democratic Party, led by Prime Minister Fumio Kishida, visited Taiwan, which has been governed separately from China since they split in 1949 due to a civil war. They were close to Abe.

Hsieh became the representative of the office in 2016, the year when President Tsai Ing-wen took office.