The United Nations estimated Thursday a record $51.5 billion will be necessary to address global humanitarian issues in 2023 such as those related to the Russian invasion of Ukraine, floods in Pakistan and droughts in East Africa.

The U.N. Office for the Coordination of Humanitarian Affairs urged donor countries including Japan to quickly respond so the world body can secure funds to provide humanitarian aid to 230 million people most in need in 68 countries next year.

"This is a phenomenal number and this is a depressing one," U.N. humanitarian aid chief Martin Griffiths told journalists. The total estimate for 2023 is up 25 percent from that tallied at the beginning of this year. 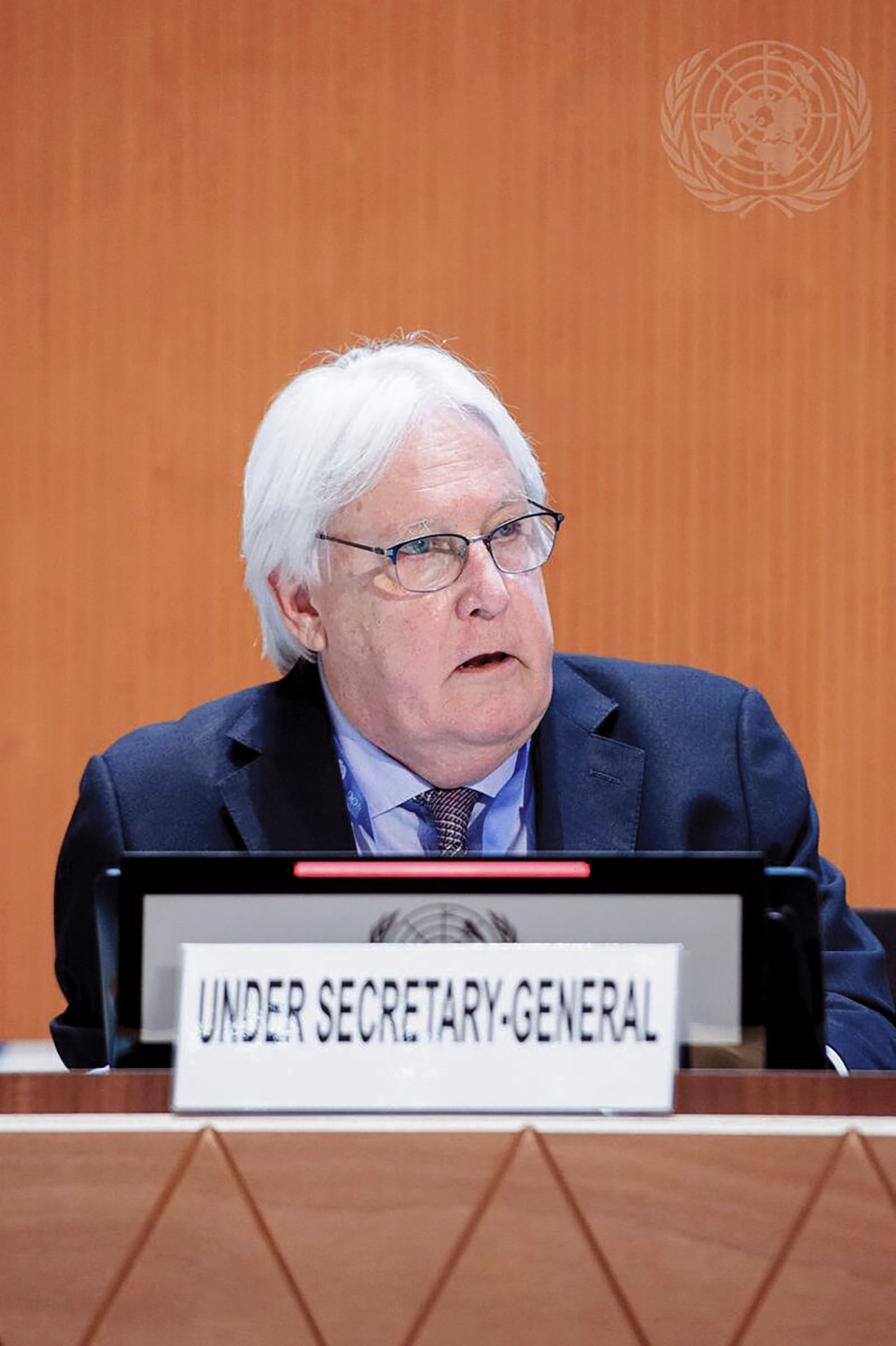 "Humanitarian needs are shockingly high, as this year's extreme events are spilling into 2023," the undersecretary general for humanitarian affairs and emergency relief coordinator said.

The office estimates that 339 million people will need assistance in 2023. Among the crises requiring most funding for aid are continued violence in Syria followed by the conflict in Ukraine and restrictions on women's rights in Afghanistan.

On top of conflicts and disease outbreaks, humanitarian aid must increasingly respond to climate change-induced disasters such as droughts in the Horn of Africa and recent floods in Pakistan, according to Griffiths.

He said that the number of displaced people worldwide has recently crossed the 100 million mark for the first time and that the novel coronavirus pandemic continues to impact the impoverished.

The U.N. office said a year ago that the number of people in need of humanitarian assistance would reach 274 million in 2022.

But the figure grew to 324 million as of November in the wake of the war in Ukraine and other factors. The United Nations received $24 billion the same month in humanitarian funding for this year, only 47 percent of the amount needed.

According to the United Nations, Japan is among the top five contributors to U.N.-led humanitarian efforts. It contributed more than $1 billion in 2022, or 3.3 percent of the total, behind the United States, Germany, the European Union and Britain.