The world witnessed China veering from its assertive "wolf warrior" diplomacy at recent international forums including the Group of 20 summit, but diplomats and political experts are looking at the country's change of course through cautious eyes.

Many of them see the more moderate diplomatic approach taken by Beijing as an attempt to improve its aggressive image and recalibrate the deeper relations it has developed with Russia, which has recently been on the back foot in the war in Ukraine.

"President Xi (Jinping) took note of the damage that the wolf warrior and economic coercion has done to China. I think it's an attempt to airbrush those out of people's memory," U.S. Ambassador to Japan Rahm Emanuel said in a recent press conference at the Foreign Correspondents' Club of Japan in Tokyo. 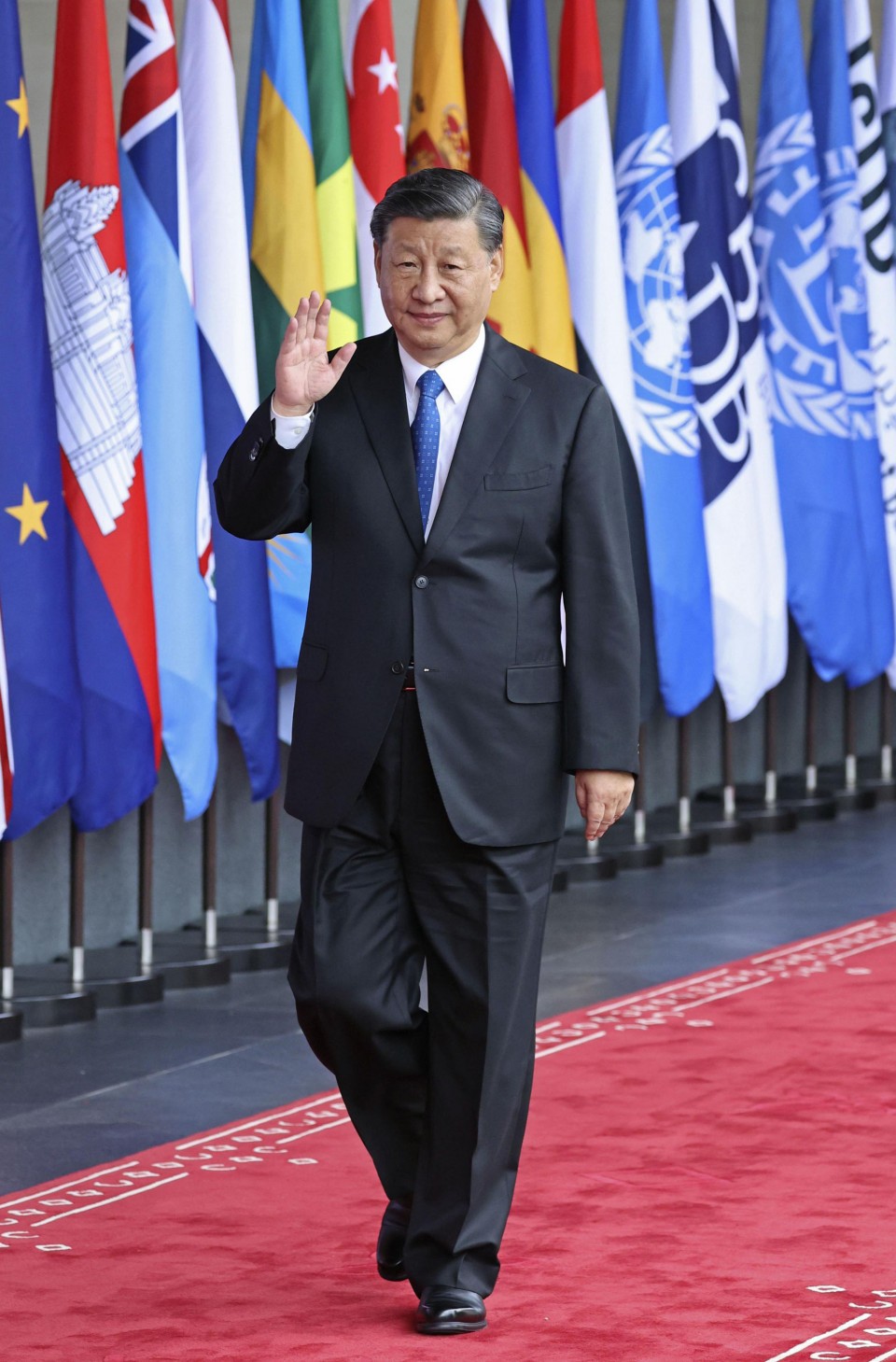 Chinese President Xi Jinping arrives at the venue of a G-20 summit on the Indonesian resort island of Bali on Nov. 15, 2022. (Kyodo) ==Kyodo

Chinese foreign policy has departed from former leader Deng Xiaoping's cooperative approach since Xi took the reins of the Chinese Communist Party in 2012. Xi's administration instead adopted a combative stance to secure the country's interests.

Under Xi, Beijing calls its foreign policy "major country diplomacy with Chinese characteristics." The Chinese leader, looking to challenge the U.S.-led world order, has been trying to build a close alignment with Russian President Vladimir Putin through nearly 40 in-person meetings over the past decade.

The two leaders' efforts to fortify their countries' strategic ties culminated when they met on the opening day of the Winter Olympics in Beijing on Feb. 4. A joint statement issued after the summit said the friendship between China and Russia has "no limits" and "there are no forbidden areas of cooperation."

Their tightened relationship, however, put China in a very difficult position after Russia invaded Ukraine just weeks after Xi and Putin declared the "no limits" partnership.

Over nine months into Russia's invasion, the unfolding humanitarian tragedy in Ukraine and Moscow's military setbacks are apparently keeping Beijing from throwing its full weight behind Russia.

Putin told Xi in their meeting held in Uzbekistan on Sept. 15, their first face-to-face talks since the Ukraine war, that he understood Beijing's "questions and concerns" about the conflict, in a rare acknowledgement of tensions between them.

As the war drags on and exposes the Russian military's troubles on the battlefield, "China is trying to adjust its pro-Moscow stance and move a bit closer to the West," said Wu Junhua, an executive research director and chief senior economist at the Japan Research Institute.

However, Wu, a Tokyo-based expert on Chinese politics, says that Beijing's recent diplomatic maneuvering is more like a "tactical change" in accordance with developments surrounding Ukraine, rather than a "strategic shift."

"I believe that China is concerned that Russia will eventually lose the war, causing a regime change in the Kremlin and leading to the democratization of Russia. That is the biggest nightmare for Beijing because a democratic Russia could confront China along with Western nations."

Xi is caught in a dilemma of having to support Russia while trying to avoid secondary sanctions at a time when his country's economy is slowing due to COVID-19 lockdowns and internal problems persist such as the gap between rich and poor, still rampant corruption and widespread protests against strict "zero-COVID" restrictions.

"In the long run, Russia will be a liability" for China, said Bilahari Kausikan, a former permanent representative of Singapore to the United Nations and ambassador to Russia.

Kausikan, who is currently chairman of the Middle East Institute at the National University of Singapore, said a close alignment with Putin over the past decade was one of the big foreign policy mistakes for Xi's administration.

"I think the result is going to make Russia more dependent on China," which Beijing would not altogether welcome. It represents a diplomatic failure for Xi resulting from a combination of mistakes, including his premature abandonment of Deng's approach, all of which led to overconfidence, said Kausikan.

With Beijing taking a more balanced approach in diplomacy and its position becoming less Russian-leaning, there are expectations that Xi could play a more proactive role in convincing Putin to seek a negotiated end to the Ukraine war.

Macron, who is among world leaders hoping to resume peace talks suspended since April, has said he considers the Chinese leader someone who can play a mediating role, given the leverage Beijing has with Moscow.

Xi agreed with Biden in their summit on the G-20 fringes that a nuclear war "should never be fought" after Putin threatened to use nuclear weapons, according to the White House, but it appears Beijing has not exerted its influence on Moscow to defuse the prolonged Ukraine crisis.

"China has untapped capability as it relates to Russia, and they have not tapped it yet," Emanuel said in the press conference.

"The rest of the world is up to understanding that we're not just going to look at your words, but your deeds," he said.