Princess Aiko, the only child of Emperor Naruhito, turned 21 on Thursday, having spent the last year carrying out official duties as an adult member of the Japanese imperial family.

After coming of age last year, the princess prepared well for every event she attended, including a press conference and rituals inside the palace, having asked the emperor and Empress Masako how to act during such occasions, according to the Imperial Household Agency.

The princess hopes the novel coronavirus pandemic will come to an end so people can return to their normal lives feeling safe, the agency said. 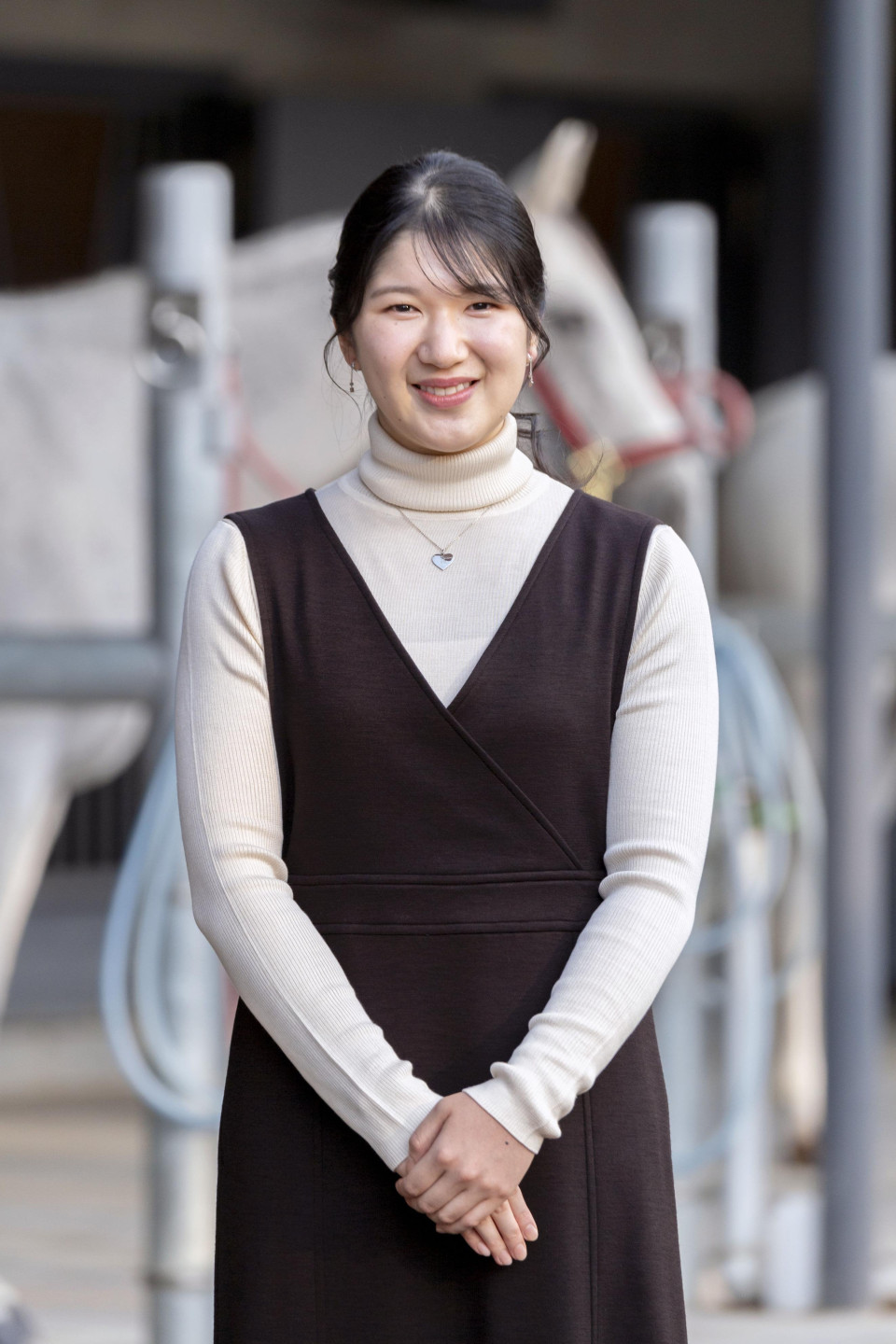 Princess Aiko stands at an imperial stable in Tokyo on Nov. 21, 2022. (Photo courtesy of the Imperial Household Agency)(Kyodo)

The princess, who enrolled at Gakushuin University in 2020, is not eligible to ascend the Chrysanthemum Throne as the 1947 Imperial House Law limits heirs to male. She is now a third-year student in the university's Faculty of Letters and continues to attend classes online amid the pandemic.

Topics covered by the classes have become increasingly specialized and include various ancient literature, such as the Tale of Genji, New Collection of Ancient and Modern Poems and the Tale of the Heike.

Other classes she attends include Japanese history and the history of the Japanese language, the agency said.

When Japan marked the 50th anniversary of Okinawa's reversion to Japan from U.S. administration after World War II, Princess Aiko watched the ceremony on television. She had borrowed books related to Okinawa's history from her father to deepen her understanding prior to the event.

In October, the emperor and empress visited Okinawa for the first time after his ascension to the Chrysanthemum Throne in 2019 to offer flowers to those who perished in the battle of Okinawa at the end of the war. Princess Aiko has listened to the couple talk about it and has renewed her hope for peace, according to the agency. 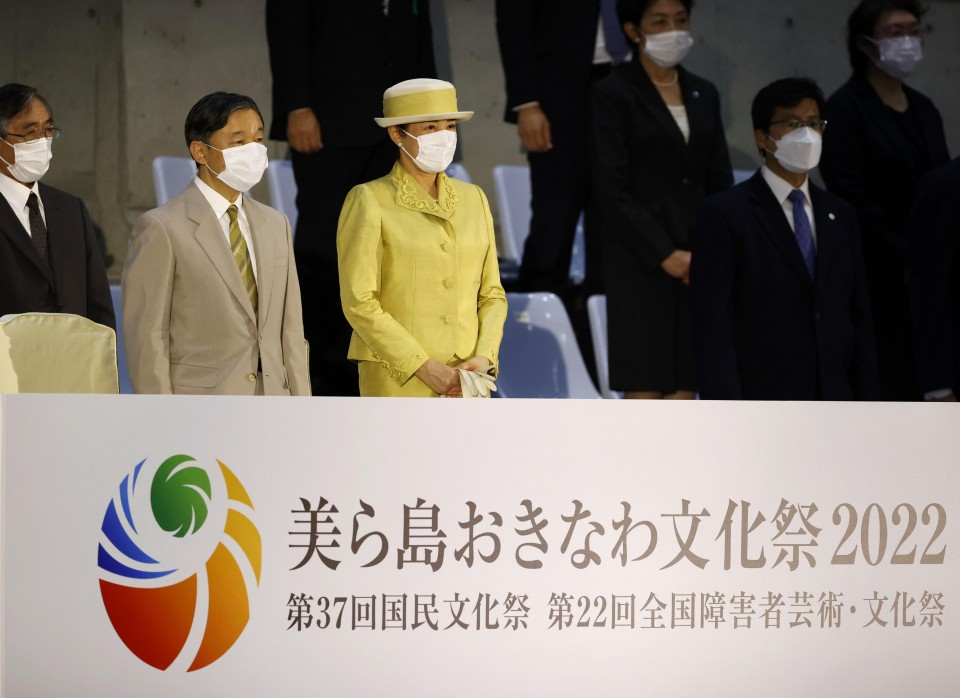 Japanese Emperor Naruhito (2nd from L) and Empress Masako (C) attend the opening ceremony of art and cultural festivals at Okinawa Convention Center in Ginowan in the southern island prefecture of Okinawa on Oct. 23, 2022. (Kyodo) ==Kyodo

The family observed the total lunar eclipse in early November from the palace.

At the palace, the princess has been taking care of her dog "Yuri" and cats "Mii" and "Seven," and has also grown vegetables, including tomatoes, cucumbers, eggplants and green peppers, which she harvested together with the emperor and the empress as well as agency officials.

In addition to taking walks and playing tennis with the imperial couple, the princess jogs with the emperor and plays badminton and volleyball with agency officials.