As Britain moves on from the COVID-19 pandemic, during which people of East and Southeast Asian heritage experienced a surge in hate crimes, activists are working to ensure that the issues faced by their often marginalized communities continue to be combatted.

Grouped together under the relatively new acronym ESEA, members of these communities represent one of Britain's fastest-growing ethnic minority groupings, particularly given the high proportion of international students among them. 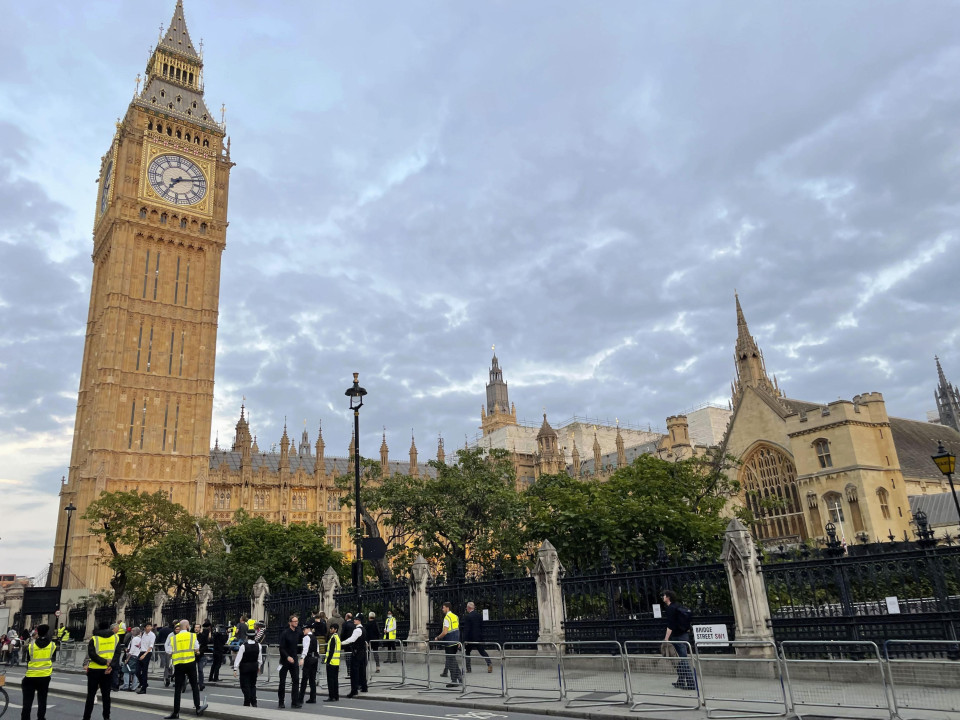 Police in England and Wales reported a 300 percent increase in ESEA-targeted hate crimes in the first quarter of 2020 compared with the same periods in 2018 and 2019, but little research exists on the extent of the racism these communities face in British life despite their presence in the country for decades.

A March 2021 report produced by the government's Commission on Race and Ethnic Disparities, for instance, mentions the terms "East Asian" and "Southeast Asian" once each in a 258-page document.

Hongwei Bao, who directs the University of Nottingham's Centre for Contemporary East Asian Cultural Studies, attributed the lack of representation of ESEA people to the fact that they have cultural heritage or come from regions that largely lay outside the geographical scope of Britain's former colonial empire, which had more of a footprint in South Asia, the Caribbean and the African continent.

The neglect of ESEA experiences in anti-racism education and policies is further underpinned by the fact that, because of this colonial history, the term "Asian" is often used as shorthand for "South Asian," he told Kyodo News.

"ESEA people are often grouped under categories such as 'Chinese' or 'Asian other,' which are limited and problematic. As a result, (they) have very limited political and cultural representation in the U.K.," Bao said.

Racist and culturally insensitive language also continues to be used even by politicians who hold or have held positions recently in government. On Nov. 8, Sarah Owen -- one of only two ESEA-heritage politicians in the House of Commons -- brought attention to the "outdated and crass racial slurs" used by politicians on public record.

These include the use of the term "Japs" by Mark Francois of the ruling Conservative Party in the House of Commons in November, and then House of Commons leader Jacob Rees-Mogg's use of "yellow peril" in an attack last year, also in the Commons, on the opposition Liberal Democrats, whose party color is yellow. Francois later said he had not intended offense while Rees-Mogg apologized.

"It is an unacceptable undercurrent of othering that is rightly called out for other protected characteristics and ethnicities, but not yet for ours," she said.

Anna Chan created an organization called the Asian Leadership Collective in 2020 to ensure the ESEA community has leaders in the workplace who can "champion the causes we need to progress and grow." This kind of representation in people's daily lives is just as important as representation in the media or politics, she said.

Much of Chan's work involves "myth-busting" the "model minority" stereotype that says ESEA people do not experience racism or need resources because they are "doing well for themselves."

"It's so ingrained in our culture and family systems that you shouldn't speak up from a survival perspective...this new generation is pushing to go from survival to thriving," Chan said. 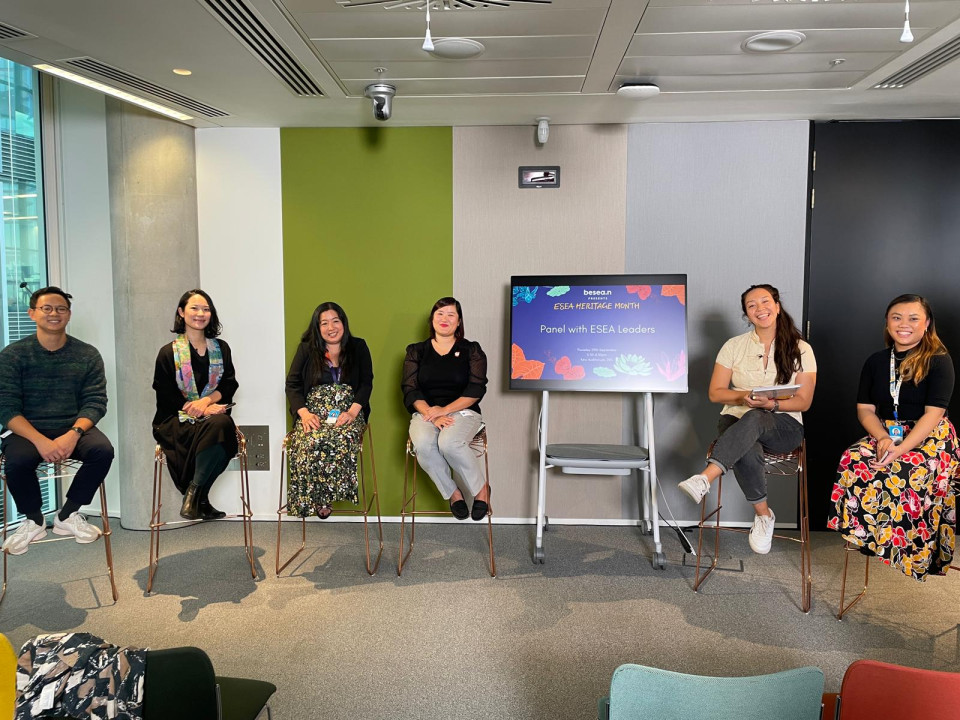 Asian Leadership Collective is one organization within a recent wave of ESEA activism coming out of the pandemic, which saw an explosion of discrimination against members of ESEA communities as a group after the virus was linked to a lab in Wuhan, China.

Chan, however, says the movement builds on the work of older organizations, which prioritize ensuring equal rights for first-generation migrants.

One such organization is Kanlungan Filipino Consortium, which registered as a charity in 1999 to advocate Filipino migrant workers' rights.

In 2019, they set up the Southeast and East Asian Centre, or SEEAC, to provide wider support for ESEA migrants expanding beyond the Filipino and Chinese communities -- two of the more prominent ESEA minorities in Britain.

While SEEAC offers broader migrant support services in welfare and immigration, executive director Mariko Hayashi says much of SEEAC's early work was shaped by responding to the community's needs during the pandemic, addressing issues like inaccessible health care and unemployment. 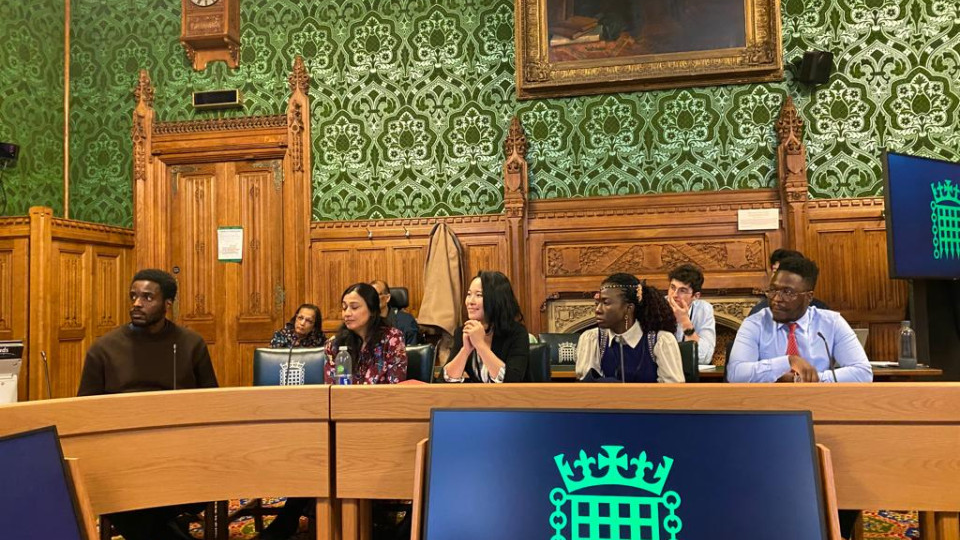 Photo taken on Nov. 17, 2022, shows Mariko Hayashi (C) of SEEAC at an event for the Local Votes for Local Migrants campaign at the Palace of Westminster, London. (Photo courtesy of Christanghelo Godino)(Kyodo)

"There is a lot of interest in the use of language and hate incidents, but for many members of the migrant community that is not a priority," Hayashi said. "Their daily concern is having something to eat tomorrow or their immigration status."

Due to a lack of data, convincing British authorities to keep funding and prioritizing ESEA communities is challenging.

On Your Side, a new service founded in 2022, is trying to change this by providing culturally competent support and a safe space for ESEA people to report their experiences of racism, along with a range of other issues facing their communities.

It was set up by identity-based violence prevention charity Protection Approaches in partnership with a consortium of 14 other charity and nonprofit organizations including 13 ESEA-led organizations with decades of experience supporting victims of hate crime as well as multiple ESEA Communities.

It now offers a 24/7 helpline and online services for ESEA community members and allies to report hate incidents or receive advice on how to handle them. Their language coverage includes Japanese, Tagalog, Indonesian and Mandarin, to name a few.

On Your Side project coordinator Kimi Jolly and Protection Approaches co-founder Andy Fearn hope that by recording ESEA experiences in a detailed and accurate way, the service will capture the true extent of ESEA needs and diversity.

"I just want to make sure ESEA people understand it's OK to speak out," Jolly said. "We want to create greater awareness that we are like everyone else. Racism against us deserves to be taken seriously too."

Looking forward, Chan and Hayashi both say that ESEA and migrant community organizations should support each other to keep the momentum of COVID-19 era activism going.

"It's important for organizations coming out of the pandemic to keep the community spirit alive and keep people accountable for the harm that they cause," Chan said.

"I feel we have an opportunity to unite," Hayashi said. "Whatever cause you're fighting for, we should be in solidarity with other people and minorities to address something on a bigger scale."