The general account fiscal 2023 budget topped 100 trillion yen for the fifth straight year. Despite an estimated record tax revenue of 69.4 trillion yen, it is still insufficient to fund ballooning spending, prompting the government to turn to bond issuance. 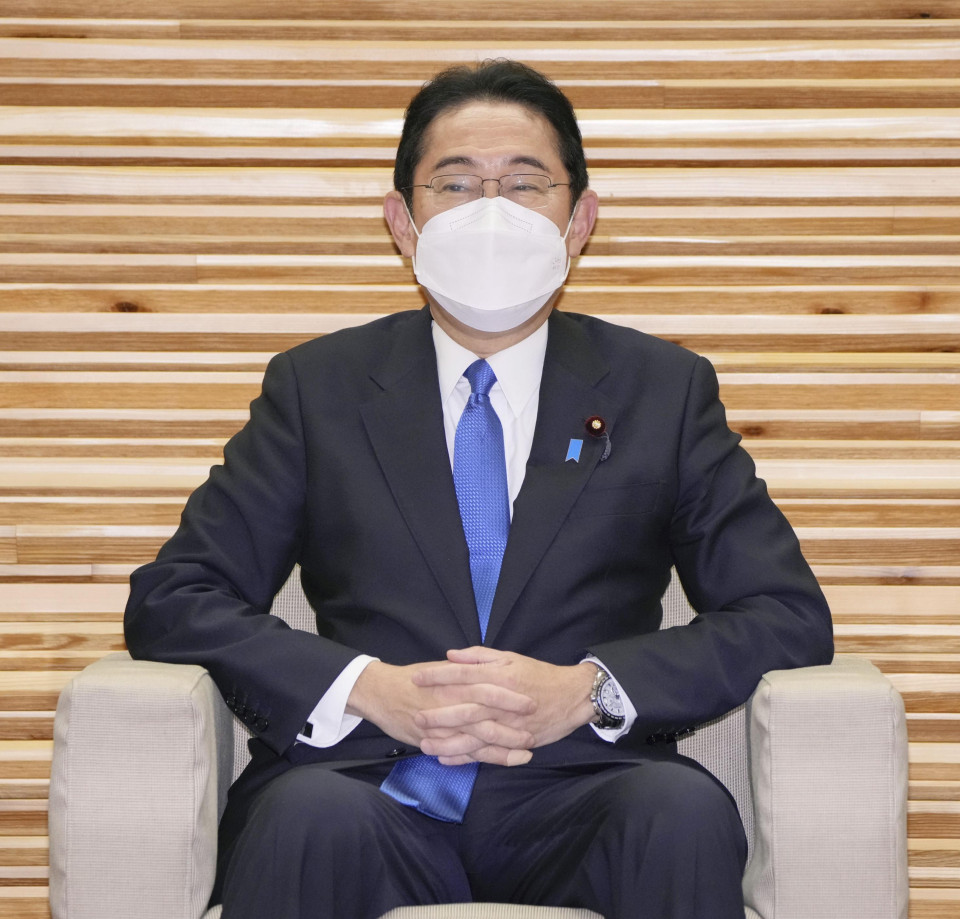 With debt more than twice the size of its economy, Japan's fiscal health is the worst among major developed countries. Still, the Cabinet decided to increase its defense budget amid growing security threats from China, North Korea and Russia.

Prime Minister Fumio Kishida's government will try to pass the budget by the end of March during the regular parliamentary session scheduled to convene in January.

The budget is "aimed at overcoming historical difficulties Japan has been facing and opening up the future of our nation," Kishida said Friday at a meeting between the government and ruling party members.

Among outlays, social security costs made up roughly a third of the total expenditure, highlighting the challenges posed by Japan's rapidly graying population, one of the key factors dragging on the country's economy.

Social security outlays, such as spending on pensions and medical costs, reached 36.9 trillion yen. The expenses, accounting for around 35 percent of policy spending, gained 1.7 percent from 36.3 trillion yen in fiscal 2022.

Spending on public works projects, which the government sees as having an immediate effect on the corporate sector, was almost flat at 6.1 trillion yen.

Kishida has pledged to boost national defense spending to around 43 trillion yen in total over the next five years, bringing the annual budget to 2 percent of gross domestic product, on par with NATO members.

The defense budget rose to 6.8 trillion yen, including costs related to the realignment of U.S. forces stationed in Japan. That was a sharp climb from 5.4 trillion yen in the current fiscal year when defense outlays were limited to around 1 percent of GDP.

To cover the substantial increase in defense spending, the government has vowed to raise taxes, cut spending in other areas and tap surplus funds, but has aimed to steer clear of issuing new government bonds to finance the expansion.

The administration eventually decided to issue 434.3 billion yen in construction bonds to fund equipment and facilities for the Self-Defense Forces, which may have fanned concern that Japan might continue attempting to strengthen its defense capabilities on debt.

The COVID-19 pandemic, which began in early 2020, and rising inflation exacerbated by Russia's war in Ukraine have led the government to step up spending. Russia launched an attack on Ukraine in February, pushing up global energy and food prices.

The government allocated 4.0 trillion yen for reserve funds to be spent on its response to the novel coronavirus pandemic and higher prices while earmarking 1.0 trillion yen for dealing with a possible economic downturn stemming from the Ukraine crisis.

Meanwhile, Kishida's abrupt announcement that the government will hike taxes instead of issuing new bonds to fund the defense budget has triggered a strong backlash from the public.

As for its debt, Japan plans to issue 205.8 trillion yen worth of bonds in fiscal 2023, down for the second consecutive year, the Finance Ministry said Friday. The figure was down 9.3 trillion yen from a year earlier on an initial budget basis.

The Kishida administration has promised to cut issuances of new debt and "zaito" debt, designed to finance the government's fiscal investment and loan programs, for the year starting in April.

New bond issuances will decrease to 35.6 trillion yen, down 1.3 trillion yen from fiscal 2022, as the balance of long-term Japanese government debt has already surpassed 1,000 trillion yen, its highest level ever.

In another development, the government will newly issue "green transformation" bonds worth 506.1 billion yen to promote investment in decarbonization projects.

The Finance Ministry said it will decide how to issue the GX bonds after consulting with relevant ministries while considering market participants' opinions.

Green transformation is an initiative to transform an economy based on fossil fuels into one centered on cleaner energy, such as solar and wind power. Japan has pursued a goal of net zero emissions by 2050.

Prime Minister Fumio Kishida (C) and his Cabinet members attend an extraordinary meeting to approve a record 114.38 trillion yen draft budget for fiscal 2023 on Dec. 23, 2022, at his office in Tokyo. (Kyodo)