Japan's upper house adopted a resolution Monday expressing concern over the human rights situations in Xinjiang, Hong Kong and other regions of China.

Without naming China, the House of Councillors urged "the government of the country concerned" to fulfill its responsibility so that the international community can determine the truth of allegations regarding human rights abuses. 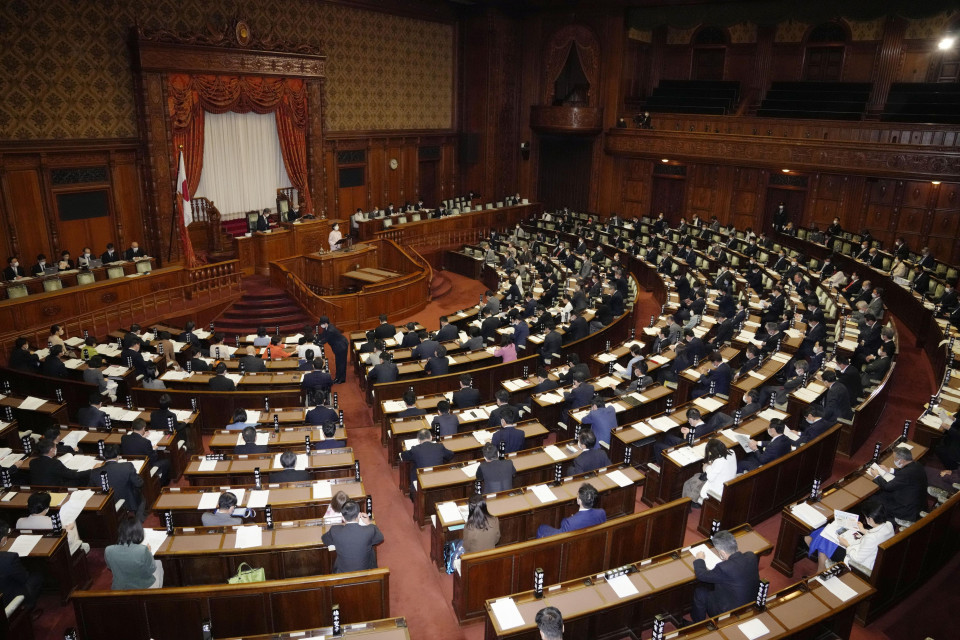 A House of Councillors plenary session is held in Tokyo on Dec. 5, 2022. (Kyodo)

The resolution also did not directly blame Beijing, with the countries marking the 50th anniversary of the normalization of bilateral ties this year.

Citing the Xinjiang Uyghur Autonomous Region, Tibet, Inner Mongolia and Hong Kong, the resolution noted that the international community had expressed "serious concern" over the human rights situations in those areas, including alleged infringements of freedom of religion.

The United States has accused China of committing genocide against the Uyghurs and other Muslim ethnic groups in Xinjiang.

The resolution called on the Japanese government to work with other nations on monitoring the human rights situations.

Chinese Foreign Ministry spokeswoman Mao Ning sharply reacted to the resolution, saying at a press conference Monday in Beijing that it "ignores basic facts, is full of false information and interferes in China's internal affairs," adding that Beijing has lodged "solemn representations" with Tokyo.

Referring to Japan's past military aggression, Mao said Tokyo has a bad record on human rights and that it cannot cover up its own misdeeds by criticizing other countries.

She also said Japan's attempt to damage China's image and delay its development by politicizing human rights issues is "doomed to fail."

Japan's lower chamber, the House of Representatives, adopted a similar resolution in February, just days before the start of the Beijing Winter Olympics.

Referring to Monday's resolution, Foreign Minister Yoshimasa Hayashi expressed his readiness to seek an improvement of the human rights situations in the regions in collaboration with the international community.

"It is essential that every country guarantee human rights and other universal values," Hayashi said.