People in Japan celebrated early Friday after the national team's dramatic comeback win over Spain at the World Cup in Qatar. 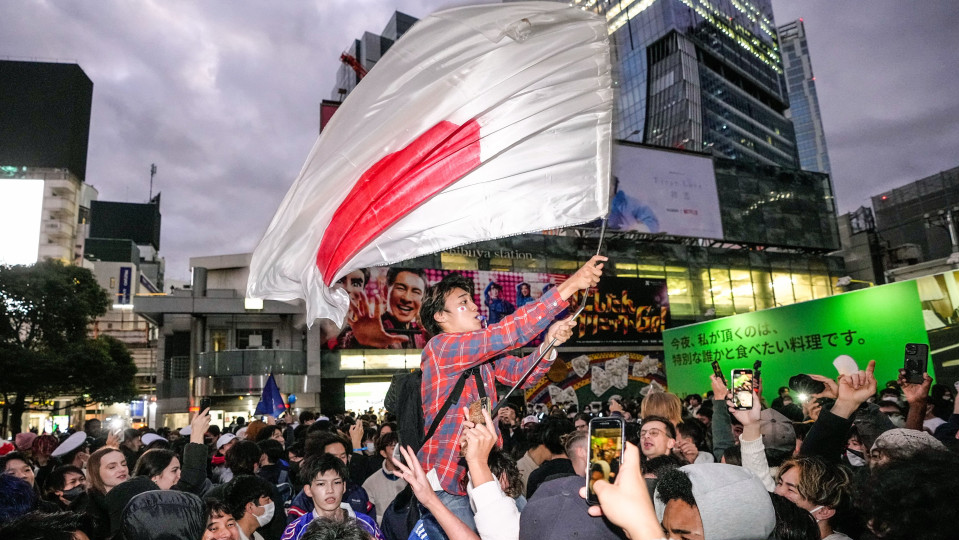 "Japan's strength is real," said university student Hiroki Uzurahashi, 22, at a nearby sports bar. "I was thrilled by the performance of the players of my generation."

At the Fields bar, Uzurahashi and about 40 other people watched the match, which kicked off at 4 a.m. Japan time. They hugged each other and exploded into joy after Japan beat Spain.

"The coronavirus pandemic gave me a tough time, but the victory has encouraged me to move ahead in life," Uzurahashi said.

Mamoru Tanaka, 68, the bar's manager, said he hopes the Japanese team will do its best in upcoming matches and win the tournament.

Japan were able to secure a place in the round of 16, finishing at the top of their group.

In Osaka, around 200 people gathered at Dijest, a sports bar in the Dotombori district known for its huge neon signs and nightlife, with some sitting on the floor as they struggled to stay awake. 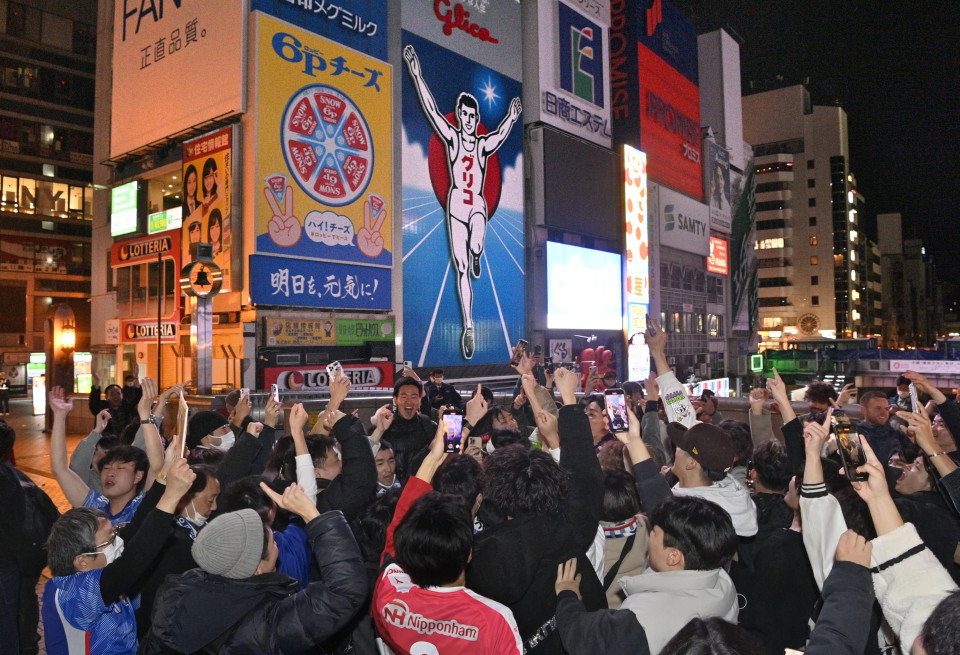 Japan supporters celebrate in Osaka's Dotonbori area in western Japan on Dec. 2, 2022, following Japan's come-from-behind win over Spain in a World Cup Group E football match in Doha, Qatar. Japan beat Spain 2-1 to advance to the round of 16. (Kyodo) ==Kyodo

But they got excited when Japan equalized and eventually beat Spain.

"The victory injected me with fresh energy to go to work," said Taisuke Sakamoto, 24, a company employee.

On a bridge over the Dotombori River, people repeatedly chanted "Nippon," the country's name in Japanese, in celebration of the victory.

In Hiroshima, where Samurai Blue manager Hajime Moriyasu used to manage a local team, more than 100 people gathered at a public viewing site to watch the match.

"In the current state, Japan can win the next game as well," said Yuna Iseki, 21, a university student.

Kishida told reporters at his office he started to watch the match in the middle of the first half when Japan were trailing, adding he had congratulated Moriyasu.

Kishida said he told the manager that the victory had brought joy and courage to the people of Japan.