Japan has started to arrange a visit by the leaders of the Group of Seven to the atomic bomb museum in Hiroshima in May 2023, government sources said Wednesday.

If realized, it would be the first time the G-7 leaders have visited the museum together, the sources said. Japan is scheduled to host the G-7 summit for three days through May 21 next year in the western city of Hiroshima, which was destroyed by a U.S. atomic bomb in August 1945. 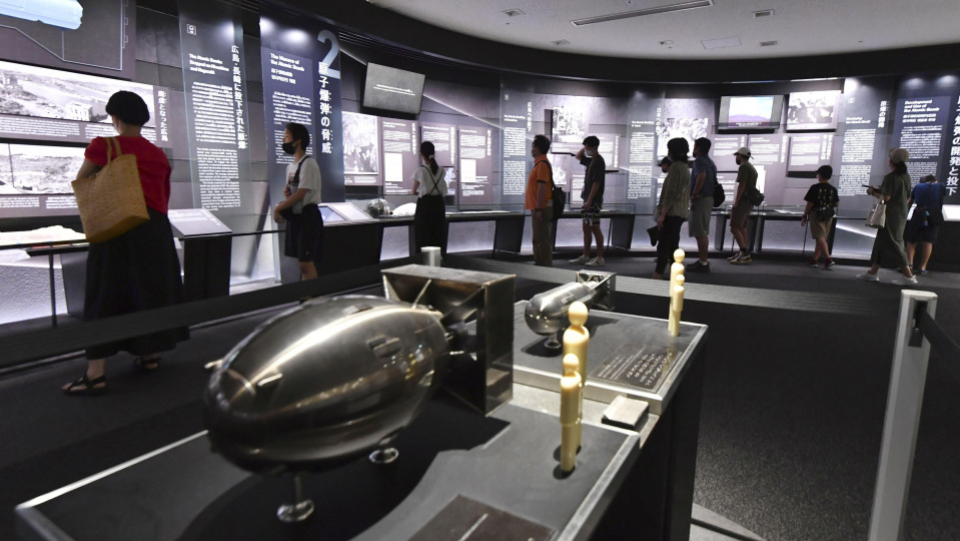 Photo taken in July 2022 shows the inside of the Hiroshima Peace Memorial Museum in western Japan. (Kyodo)

Japanese Prime Minister Fumio Kishida, who represents a constituency in Hiroshima, has put forward his vision of a world free of nuclear weapons since taking office in October 2021, with concern growing over whether Russia will use nuclear arms in Ukraine.

In 2016, former U.S. President Barack Obama visited the museum, delivered a speech and met with representatives of atomic bomb survivors -- who are called hibakusha in Japanese -- at the Peace Memorial Park.

Tokyo and Washington, meanwhile, are considering a visit by U.S. President Joe Biden to Nagasaki, which the United States also hit with an atomic bomb in the final days of World War II, when he travels to Japan for the G-7 summit, the sources said.

Biden served as vice president under Obama, who was awarded the Nobel Peace Prize in 2009 for his attempts to free the world of nuclear weapons.