Japan approved Friday a record-high 6.8 trillion yen ($51 billion) draft defense budget for fiscal 2023 after pledging to acquire capabilities to strike other countries in a major policy shift under the country's war-renouncing Constitution.

The draft initial budget for the next fiscal year that starts in April, including outlays linked to hosting U.S. military bases, is up 26.3 percent from 5.4 trillion yen in the current fiscal year, rising for the 11th straight year. 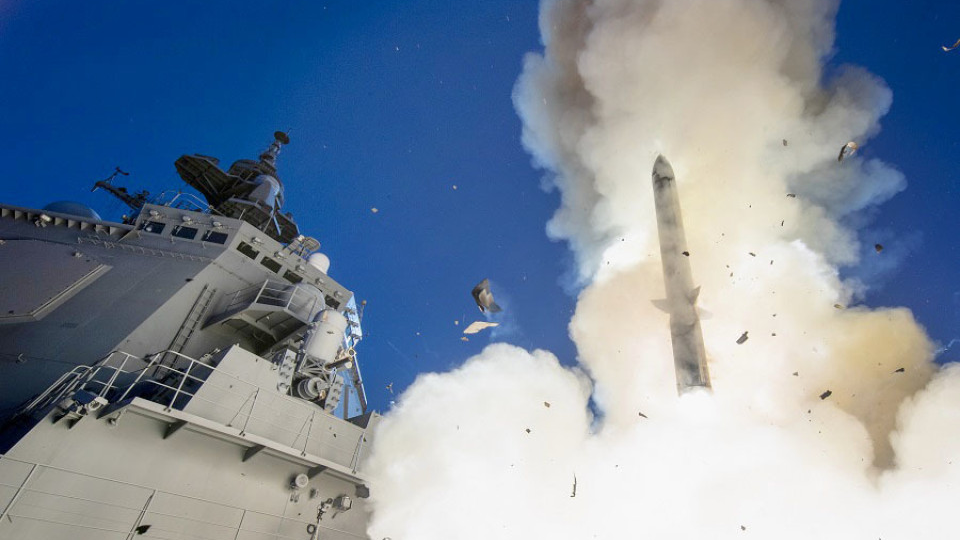 The budget was also drawn up after the government of Prime Minister Fumio Kishida decided to raise the defense budget for the next five years to hit a target of 2 percent of gross domestic product in fiscal 2027.

Japan has long capped its annual defense budget at around 1 percent of GDP, or a little more than 5 trillion yen. The country's fiscal health is the worst among major industrialized economies, with public debt more than twice the size of GDP.

Referring to Beijing's military buildup, Pyongyang's missile and nuclear development programs and Moscow's invasion of Ukraine, Tokyo also vowed to possess what it calls "counterstrike capabilities," allowing it to strike enemy territory in case of emergency.

Japan has promised to buy U.S.-made Tomahawk missiles until it deploys home-developed ones. Kishida told U.S. President Joe Biden at their summit in May in Tokyo that Japan would secure a "substantial increase of defense spending."

Among the upcoming defense budget items, 33.8 billion yen was set aside to improve the Ground Self-Defense Force's Type-12 surface-to-ship guided missiles and 93.9 billion yen for its mass production.

The Type-12 missile is expected to play a central role in the counterstrike capabilities in the future after its range is extended to 1,000 kilometers from the current range of over 100 km.

The Defense Ministry has been aiming to begin equipping the GSDF with the improved version of the missiles by fiscal 2026.

Until then, the government will utilize the Tomahawk cruise missiles, which have a strike range of about 1,600 km and would cover China's coastal areas. It will earmark 211.3 billion yen for purchasing them from the United States.

The ministry, however, has yet to disclose how many Tomahawks Japan will procure for the next fiscal year.

To defend the nation's southwestern remote islands, 200.3 billion yen was allocated to developing high-speed glide weapons, and 58.5 billion yen will be spent researching hypersonic missiles, which are difficult to intercept.

Some 22 billion yen will be earmarked for planned demonstration tests of various types of drones toward their practical use, including 3.7 billion yen for surveillance drones and 3.0 billion yen for those to monitor and attack intruders.

As part of efforts to beef up the missile defense system, 220.8 billion yen was secured to develop two new Maritime Self-Defense Force destroyers to be equipped with the Aegis missile interceptor system.

The ships will be built as an alternative to the scrapped U.S.-made Aegis Ashore missile defense system.

The two budgets jumped from 1.1 trillion yen and 248.0 billion yen from fiscal 2022, respectively.

Kishida has said Japan aims to sharply raise its defense budget to around 43 trillion yen for five years from fiscal 2023 through 2027, an over 50 percent increase from its previous spending plan that covered fiscal 2019 to 2023.