Japan's Empress Masako, on the occasion of her 59th birthday Friday, reflected on having spent exactly half of her life in the imperial family since marrying Emperor Naruhito in June 1993, saying she felt "deeply moved" by her years as royalty.

"I have gone through many times of joy, as well as times of sorrow. I would like to express my heartfelt gratitude to the emperor and many others who have supported and watched over me every step of the way," the empress said in a statement released by the Imperial Household Agency. 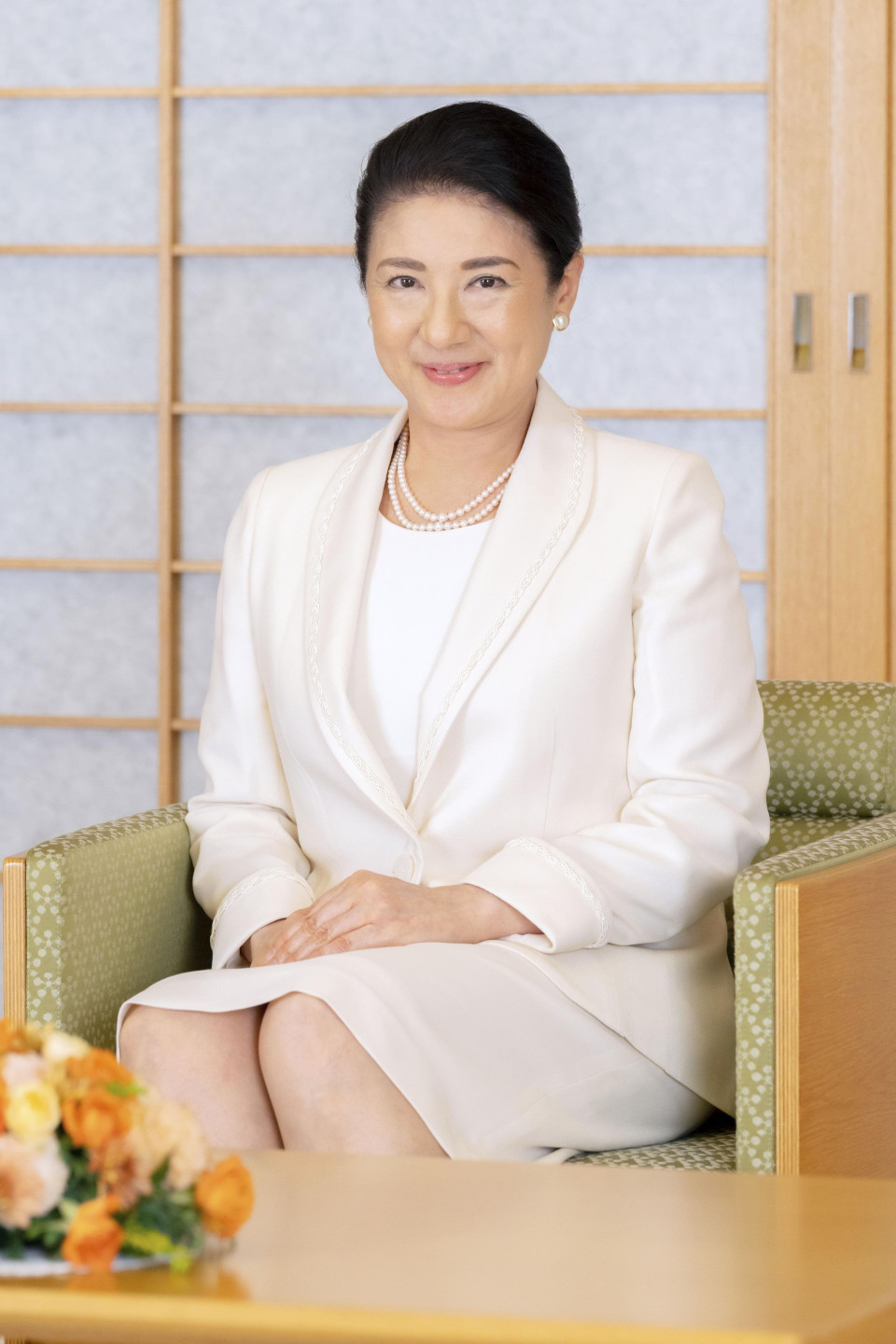 Supplied photo shows Empress Masako at the Imperial Palace in Tokyo on Dec. 5, 2022. (Photo courtesy of the Imperial Household Agency)(Kyodo)

In October, the imperial couple visited Okinawa for the first time since the emperor's ascension to the Chrysanthemum Throne in 2019 to commemorate the 50th anniversary of the southern island prefecture's reversion to Japan from U.S. rule.

"It was an opportunity to deeply re-etch in my mind the preciousness and importance of peace," said the empress, who has long battled a stress-induced illness.

The empress also visited Tochigi Prefecture in October and Hyogo Prefecture in November, resuming visits to regional areas for the first time in three years following the COVID-19 pandemic.

"Being warmly welcomed by so many people in each location made me more happy and grateful than I ever expected," she said.

Her doctors said in a separate statement that while she is recovering, her condition fluctuates and that she may need time to recharge after large or successive events.

Reflecting on the past year's events, the empress said the outbreak of international conflicts and natural disasters "weighed heavily on my heart" and expressed her sadness over the passing of Britain's Queen Elizabeth II, saying she felt "sincere respect" for the late queen.

The empress also praised the Japanese national soccer team on their recent successes at the World Cup in Qatar, saying they "gave many people great inspiration, dreams, and courage to face difficulties, providing an opportunity for the people of Japan to unite our hearts."