A Japanese court on Thursday sentenced a man to three years in prison, suspended for five years, for damaging a building of an international school in Osaka Prefecture, in what prosecutors argued was a hate crime.

The Osaka District Court found Makoto Tachikawa, 30, guilty of trespassing into the Korea International School, attended by students including Korean residents in Japan, in the western Japan city of Ibaraki in April, and setting a floor of its building on fire.

In the same trial, Tachikawa was also found guilty of breaking into the office of Kiyomi Tsujimoto, a Constitutional Democratic Party of Japan lawmaker, in March, as well as into a facility of Japan's largest lay Buddhist group Soka Gakkai in May, both in the prefecture. 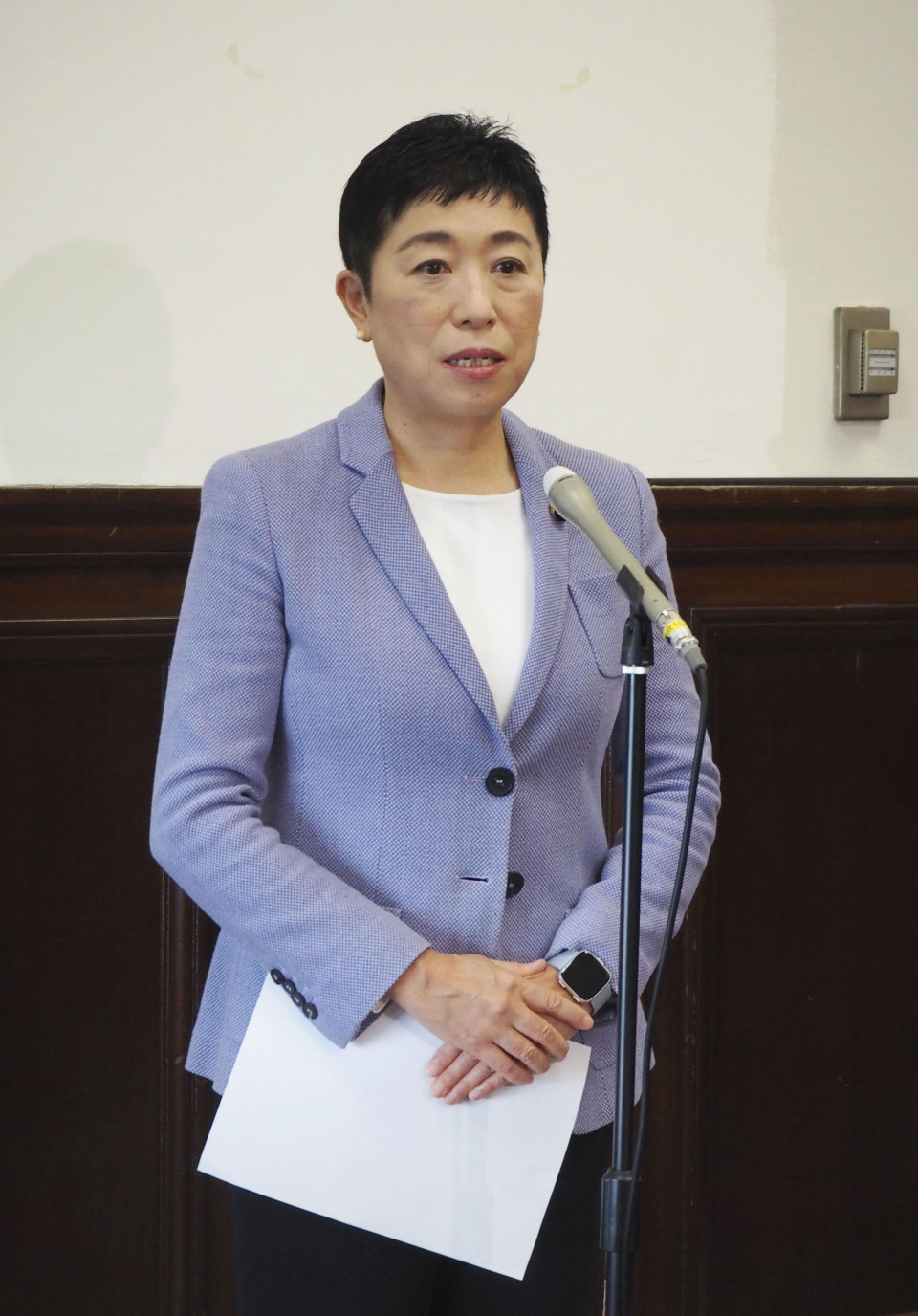 Constitutional Democratic Party of Japan lawmaker Kiyomi Tsujimoto speaks to reporters in the parliament building in Tokyo on Dec. 8, 2022. (Kyodo)

Prosecutors argued Tachikawa's actions were "based on hatred of people of a specific nationality." But Kajikawa did not say the defendant had committed a hate crime and made no reference to discrimination, saying instead that he "conducted a self-righteous crime based on a warped sense of justice."

During court hearings, Tachikawa said he hated Korean residents in Japan and that he came to believe after reading Twitter posts that they, and the groups, were a threat to the Japanese people.

In handing down the ruling, the judge said it is "only natural for other people to have different political views in a democratic society, and countering it with violence cannot be tolerated."

The court does not take the anxiety he caused to students and other people via his actions lightly, the judge added.

The Korea International School expressed dissatisfaction with the court's decision.

"It is insufficient and deeply regrettable that crimes of discrimination against Koreans in Japan have been overlooked," the school said in a statement.

According to the ruling, Tachikawa entered the school on April 5 and caused damage to the first floor after setting fire to a cardboard box.

No injuries were reported after the incident at the school, which enrolls students from various backgrounds, including Japanese, Korean, Chinese and U.S. nationals.

Prosecutors had demanded a three-year prison term, but the defense team claimed Tachikawa was remorseful about his actions and called for a suspended sentence.

Following the ruling, Tsujimoto told reporters in Tokyo that "expression should not be stifled by giving in to violence. I intend to put forward questions in the Diet, too, on how we should respond to violence that attempts to destroy our democracy."