FOCUS: Yen set for turnaround in 2023 after slide to 32-year low vs dollar

The yen is set to gain ground in 2023 in a sharp turnaround from a plunge to a 32-year low against the U.S. dollar, keeping Tokyo stocks subdued coupled with a gloomy global economic outlook.

The Japanese currency is expected to rise toward 120 yen against the dollar from its current levels of around 133 yen, driven by the narrowing gap between Japanese and U.S. long-term bond yields, market analysts say.

The outlook contrasts starkly with the currency's drop of more than 30 percent from around 115 yen at the beginning of 2022 to the year's low near 152 yen in October, a level not seen since 1990. 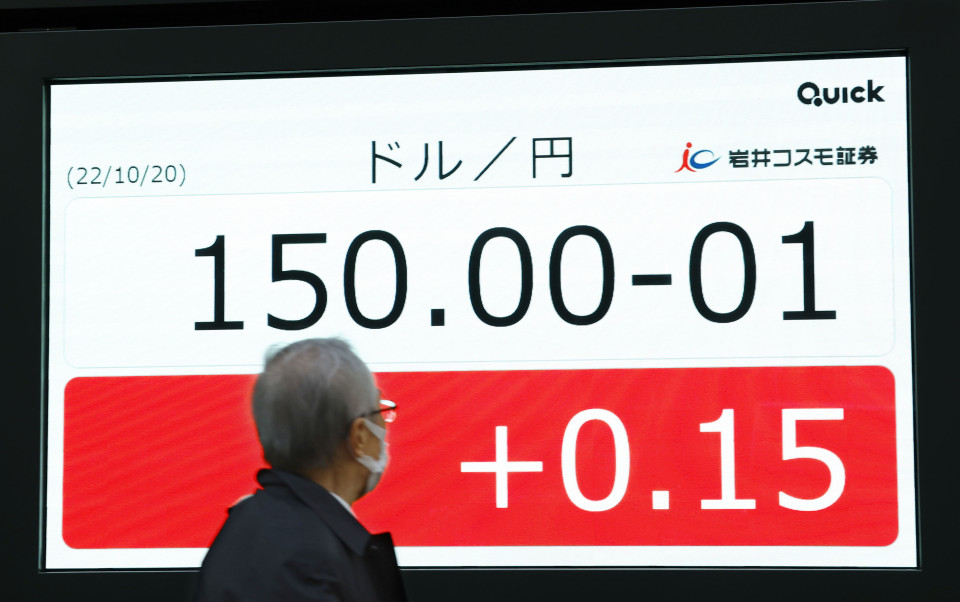 The yen's strength will dim earnings outlooks for Toyota Motor Corp., Sony Group Corp. and other major Japanese exporters and could pull the benchmark Nikkei 225 index down to 25,000, analysts say.

The index ended Friday, the final trading day of 2022, at 26,094.50, marking a 9.4 percent drop from the beginning of the year and the first yearly fall in four years. 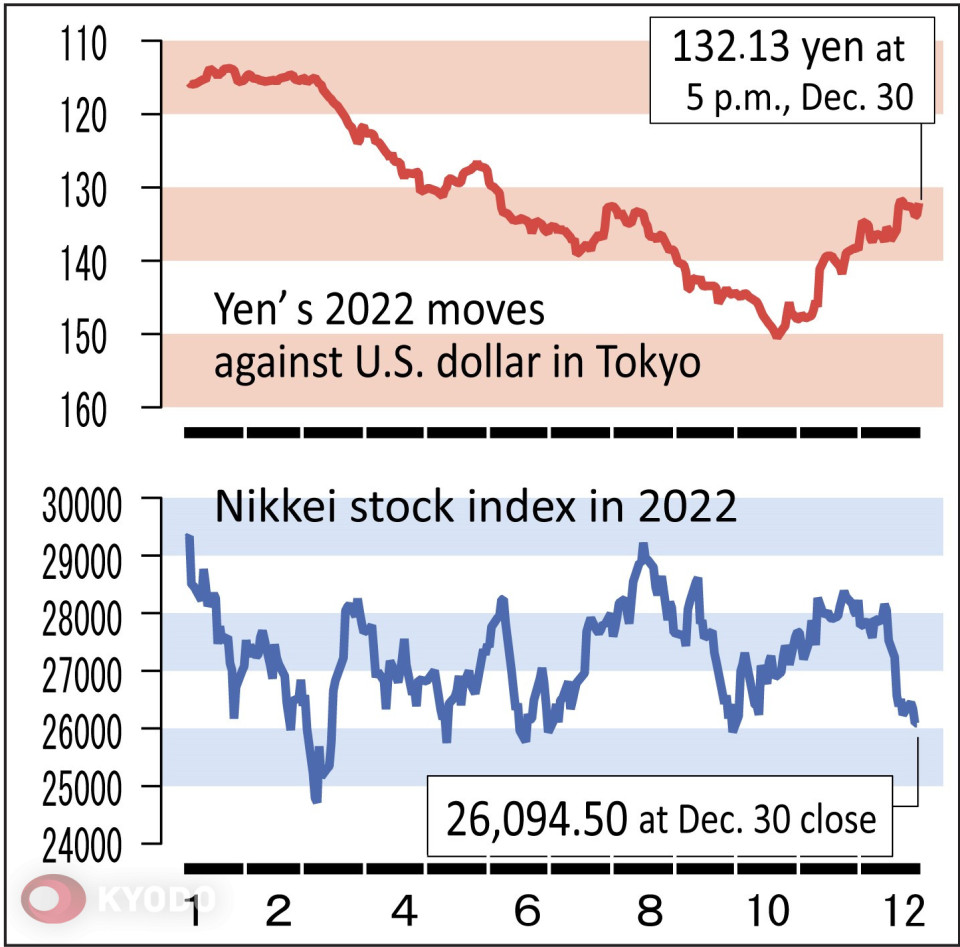 Aggressive monetary tightening by the U.S. Federal Reserve has sent the dollar sharply higher against the yen in tandem with rising U.S. Treasury yields.

"But this is going to change dramatically next year," said Norihiro Fujito, chief investment strategist at Mitsubishi UFJ Morgan Stanley Securities, referring to the expected yen's rebound against the greenback.

The U.S. central bank slowed the pace of lifting interest rates when it decided at its December policy meeting to raise rates by 0.5 percentage point after four consecutive 0.75 percentage point increases to fight 40-year high inflation.

The risk of the rapid rate hikes putting the world's biggest economy into a recession could push the Fed to cut rates sometime in 2023, some analysts say.

The Fed's future course could boost yen buying as market players expect the Bank of Japan to look for an exit from a decade-long ultraloose monetary policy, a move that could close the gap in bond yields between Japan and the United States.

Market players took the BOJ's decision at its latest policy meeting in December to raise its bond-yield ceiling as the first step in normalizing its ultraeasy monetary policy under a new governor to succeed Haruhiko Kuroda, whose term ends in April.

The easing policy had put the yen on a relentless slide in 2022, resulting in higher input costs for Japan Inc. by pushing up purchasing prices of imported materials. Higher energy costs exacerbated rising prices due to Russia's war in Ukraine.

Japanese authorities stepped into the currency market in September when the yen faced heavy selling pressure. The authorities' determination to stem the currency's plunge in Japan's first yen-buying intervention in about 24 years helped alter the course of the currency pair.

The yen's firmer tone is helping to soften the pain of heftier costs in the household and corporate sectors.

In November, the Organization for Economic Cooperation and Development said Japan's economy is expected to grow 1.8 percent in 2023, higher than the 1.6 percent estimated for 2022, as it continues to recover from the coronavirus pandemic.

The removal of most COVID-related border control measures in October in Japan has boosted inbound tourists. The decision by China, the biggest outbound market for Japan, to reopen its border will boost the tourism sector.

Still, successive rate hikes in the United States, Europe and elsewhere are expected to drag on economic activities, slowing global growth to 2.2 percent in 2023 from 3.1 percent in 2022, according to the latest OECD projection.

The impact of the yen's appreciation on companies with high exposure to overseas markets and prospects for slower growth will likely weigh on the Tokyo stock market, analysts say.

"The United States may fall into a recession in the middle (of 2023), and that will put pressure on Japanese stocks. This is the market consensus at the moment," Yutaka Miura, senior technical analyst at Mizuho Securities, said.