Japan is considering describing Chinese military moves as posing a "challenge" to the international order, as well as to Japan and like-minded countries, in its National Security Strategy to be revised together with two other security-related documents next week, a government source said Wednesday.

The planned reference may provoke Beijing, but the wording is softer than "threat," a term some Liberal Democratic Party lawmakers have advocated in a show of their perception of the emerging power.

However, the National Defense Strategy, a document subordinate to the NSS, may refer to China's firing of ballistic missiles into Japan's exclusive economic zone in August as a "threat," in an apparent consideration of security hawks in the LDP, according to the source.

The plans apparently reflect the government's intention to keep the momentum of dialogue with China after the two countries held their first summit meeting in almost three years last month.

As for how to characterize China, which has been intensifying military activities in the Indo-Pacific region, the LDP proposed in April that Prime Minister Fumio Kishida's government should refer to it as a "threat" in the NSS.

But Komeito, the junior coalition partner of the LDP, has shown reluctance, given possible negative impacts on Japan-China ties.

In a joint statement issued in 2008, Tokyo and Beijing confirmed that they are "partners who cooperate together and are not threats to each other," which might have influenced the Kishida government to forgo using the word "threat," the source said.

The NSS, the first version of which was adopted in 2013 by the government of then Prime Minister Shinzo Abe, described China as "an issue of concern to the international community."

The United States said in its latest National Security Strategy released in October that China presents the "most consequential geopolitical challenge."

Japan is also expected to pledge to possess an enemy base strike capability, or "counterstrike capability," and to facilitate defense equipment exports when it revises the NSS, the NDS and the Medium-Term Defense Program, according to the source. 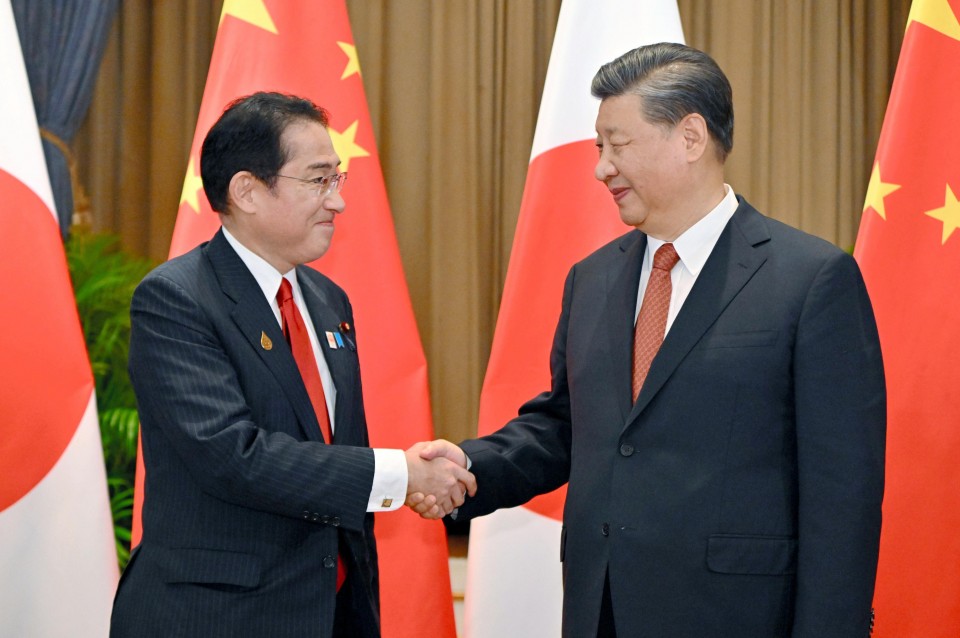 When they met on the sidelines of an Asia-Pacific Economic Cooperation forum summit in Bangkok, Kishida and Chinese President Xi Jinping agreed on building "constructive and stable" relations between the two neighbors.

In the meeting, Kishida expressed "serious concern" about China's launch of ballistic missiles into Japan's EEZ during large-scale military drills near Taiwan in August, following a trip to the self-ruled democratic island by U.S. House of Representatives Speaker Nancy Pelosi days earlier.

China regards Taiwan as a breakaway province to be reunified with the mainland, by force if necessary.