The yen rose sharply to a four-month high against the U.S. dollar, while the Nikkei stock index plunged to a two-month low on Tuesday as market participants were surprised by a Bank of Japan decision that they saw as monetary tightening following a decade of its ultraloose policy under the current governor.

The Japanese currency strengthened by around 5 yen versus the dollar to trade at the 132 level, its highest since August, and the Nikkei briefly fell nearly 3 percent, after the central bank decided to allow long-term government bond yields to trade in a wider range. 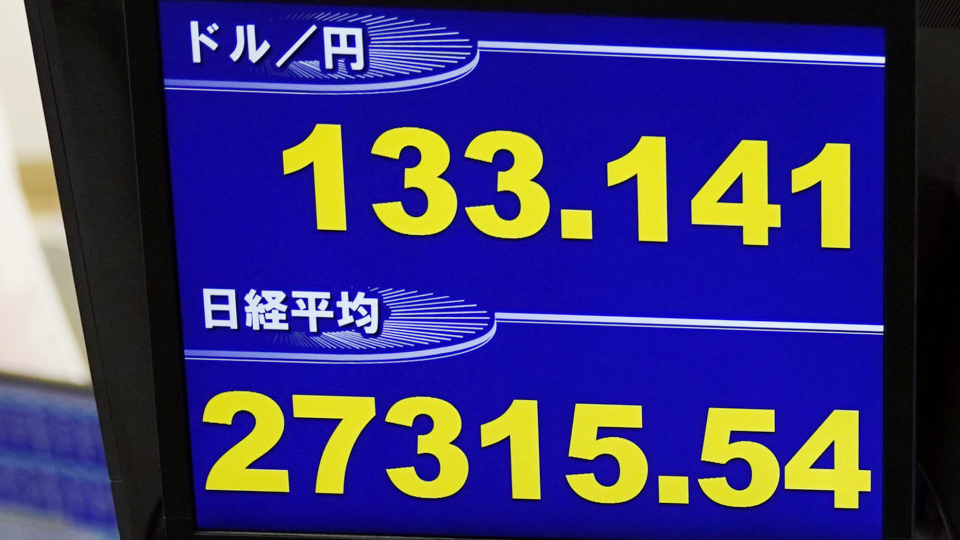 The yen sharply appreciated from the lower 137 zone as soon as the BOJ's surprise decision came out around noon, causing panic among investors who had expected the interest rate gap between the United States and Japan would continue to widen due to the U.S. Federal Reserve's hawkish stance.

The yield on the benchmark 10-year Japanese government bond rose 0.160 point from Friday's close to 0.410 percent, its highest close in more than seven years, as investors rushed to sell the bond after the BOJ's announcement. The government bond was untraded Monday.

"It is a virtual rate hike. Nobody had expected it in the market," Norihiro Fujito, chief investment strategist at Mitsubishi UFJ Morgan Stanley Securities Co., said of the central bank's decision.

"It may be said that BOJ Governor Kuroda paved the way for the exit of the bank's ultraloose monetary policy by the end of his tenure next April," he said.

Japanese shares reversed earlier gains and took a deep dive in the afternoon as the yen's sudden rise caused export-oriented stocks to tumble.

"The stock market plunged because investors now have to worry about the negative impact on economy" caused by BOJ's virtual rate hike, said Takuya Kanda, senior researcher at the Gaitame.com Research Institute.

Automakers and tech companies were particularly hit by the volatile move in the foreign exchange market. Mitsubishi Motors dropped 52 yen, or 8.9 percent, to 530 yen. Olympus sank 132.5 yen, or 5.1 percent, to 2,443.5 yen.