Japan's government on Thursday approved a bill aimed at helping people who suffer financial hardship as the result of donations solicited by controversial religious organizations such as the Unification Church.

The bill would allow followers and their family members to cancel such donations if they were solicited maliciously, while banning religious corporations from asking believers to borrow money for donations.

It is uncertain whether parliamentary deliberations on the bill will go smoothly as some opposition parties have urged the government to expand the scope of restrictions in order to safeguard more victims under the envisioned relief legislation. 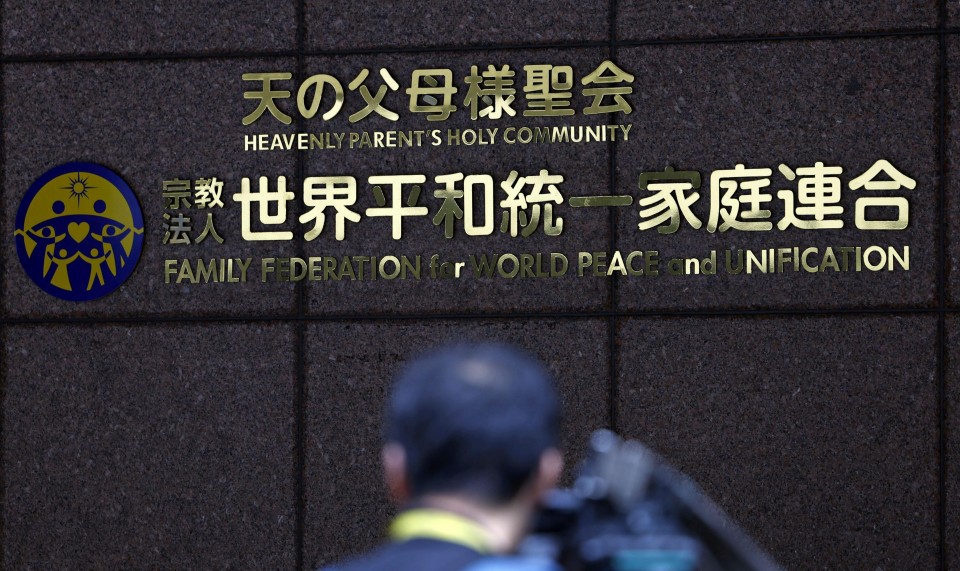 The bill was prepared after family members and former followers of the Unification Church came forward to talk about their financial ruin due to such donations.

Prime Minister Fumio Kishida, approval ratings for whose Cabinet have been falling due partly to his government's poor handling of issues surrounding the Unification Church, is aiming to get the legislation enacted during the ongoing parliamentary session through Dec. 10.

The Unification Church, established by a staunch anti-communist in South Korea in 1954, is known for its "spiritual sales," in which people are pressured into buying items for exorbitant prices through threats, such as invoking negative "ancestral karma."

The bill on donations would prohibit religious corporations from illicitly collecting funds through such means as stoking fear by the use of an unreasonable "spiritual" coercion.

In an attempt to help those who have already provided organizations with money, the bill would enable such people to cancel their donations up to 10 years after they expressed an intention to offer the funds.

Under the bill, members of religious groups engaged in unfair solicitation could face a prison sentence of up to one year or a fine of up to 1 million yen ($7,200).

The bill would also allow dependent family members of believers to cancel donations on behalf of the followers.

The leading opposition party, the Constitutional Democratic Party of Japan, and the second largest, the Japan Innovation Party, have called for the bill to enable the cancellation of donations by followers under the influence of brainwashing, known as "mind control" in Japan.

The government and the ruling Liberal Democratic Party led by Kishida, however, rejected the opposition parties' request, saying it would be difficult to define such a state of mind in legal terms.

Instead, the government has decided to incorporate a clause in the bill obliging religious corporations "not to suppress the free will" of their followers, in a bid to dissuade them from receiving donations in an unfair manner.

Kishida said the clause would enable those impacted by illegal solicitation to get their money back through legal procedures under civil law.

The government also plans to revise two existing laws on consumer contracts to support victims of spiritual sales by the end of the current Diet session.

Still, some opposition lawmakers and lawyers supporting people afflicted by religious organizations have argued that the clause should involve criminal punishment.

Meanwhile, the LDP's junior coalition partner Komeito, which is backed by Soka Gakkai, Japan's largest lay Buddhist group, has voiced concern that the bill may negatively affect religious organizations as a whole.

With Komeito claiming religious groups typically rely on donations from followers, the bill stipulates it is necessary to "sufficiently take into consideration" freedom of religion and to put the emphasis on the importance of donations.